A former police officer (Gerard Butler), who now works as a bounty hunter, is hired to bring his ex-wife (Jennifer Aniston), an investigative reporter, to jail after she misses her court date. As they are pursued by different people, one of whom wants to kill them, they argue about their failed marriage, and their feelings for each other are reignited. Also with Jason Sudeikis, Jeff Garlin, Ritchie Coster, Cathy Moriarty, Peter Greene, Joel Marsh Garland, Dorian Missick and Christine Baranski. Directed by Andrew Tennant. [1:46]

SEX/NUDITY 5 - We see scantily clad exotic dancers at a strip club pole dancing (bare buttocks are seen, and breasts are shown with pasties covering the nipples). A man comes out of a bathroom, bare-chested with a towel wrapped around his waist. A woman wears low-cut tops that reveal cleavage and a short skirt that reveals a portion of her bare thighs throughout the movie. Women on a parade float wear low-cut dresses that reveal cleavage. Cheerleaders wear short skirts that reveal bare legs. A man admires a woman as she walks by wearing a tight-fitting skirt.
► A woman handcuffed to a bed, straddles a sleeping man next to her, he wakes up and asks if she is trying to seduce him and what part she'd like to touch first; she describes his shoulders, his chest, his lips, she moves to kiss him, and he asks if she'd like to touch "something hard" and then holds up a handgun.
► A man kisses a woman, dips her backward and when they stand up and separate she asks for her chewing gum back and he gives it back to her. A man and a woman in two different jail cells kiss and caress each other through the bars.
► A woman tells a 17-year-old boy that she has no money to pay him for a ride, he says, "Show me your boobs," she says OK, and we then see her riding his vehicle and telling the boy who is chasing her on foot to show his boss his penis if he gets in trouble.
► A wall mural depicts a woman's legs wide apart and there's a door at the crotch.
► A man follows a woman into the ladies room and asks her on a date (she declines). A woman tells a man that she would like a tattoo of a panther to cover her entire body, with the paws on her breasts, the mouth at her lower abdomen and the tail down the side of her leg; he takes her to a room and tells her to lift her shirt (she does not) so he can see the canvas.
► A woman looks at a man suggestively and says, "I wanna take you home." A woman's mother tells her to "Get naked and get busy." A woman's mother asks her, "How naked were you?" and the woman replies, "There was no sex." A woman asks her daughter to take a picture of her lover's buttocks for her. A man talks about having casual, sex-filled relationships. A man talks about being in a relationship with a woman who has a "Smokin' hot body." A man asks a woman if they can rebuild their relationship, implying that they had one, and her reply is that they don't have a relationship, and that they only made out once when she was drunk. A man says he's carrying around a condom from 1987.

VIOLENCE/GORE 5 - Two men shoot at each other and one is struck in the shoulder and we see him with blood on his shirt and neck and blood is smeared on the wall behind him.
► A man in a car shoots at a man and a woman in another car, they exchange gunfire, and one car swerves off the road and flips over (we see the driver with a bloody face and arm).
► A man is tasered on the neck, and he twitches and falls to the floor (we see him with a red mark on his neck later). A man jabs a huge syringe into the neck of a man, who moans.
► Two men fight, exchanging punches in the stomach, crotch and face, and one man's face is slammed into a table (we see his blackened eyes and a cut across his nose later). A man handcuffed to a pipe is struck in the leg by another man with a golf club (we hear a crunch and the man yells). A man punches another man in the face several times. A man punches another man in the face and we see him with a bloody nose. A man slams another man's head against the trunk of a car and he falls to the ground. People fight over money thrown into a large crowd (we see people punching each other and jumping on each other's backs).
► A man's leg breaks while he is walking (we hear a crack and he yells). A man chases another man who is on stilts through a parade, then into an apartment building, through several apartments, onto and across rooftops and they jump off a roof, crash onto a car and bounce onto the street where they are both held at gunpoint and handcuffed by police (the men moan but we do not see injuries).
► A woman shoots a gun toward a man as a warning. A man with a gun forces a woman out of her car and steals the car. A man with a crow bar breaks a car window, and pulls a man out of the car and forces him into another car. A man holds a gun to the back of another man's head and makes him kneel on the floor. A man holds a gun on another man and a woman. A man holds a gun on several cab drivers. A man holds a gun on another man.
► A man driving a car on a highway smells smoke as the passenger compartment fill with smoke, he pulls the car over, opens the trunk and a woman in the trunk, holding a lit flair, kicks him and runs away; he chases her and tackles her (we see them both fall to the ground). A man and a woman chase a man across a golf course, the man tackles him into a lake and the woman drives a golf cart into the lake. A man chases a woman, catches her, picks her up over his shoulder, puts her in the trunk of a car and closes the lid. A woman slaps a man in the face. A woman throws a vase at a man as he leaves the room (it breaks against a door). A man in a car bumps the back of a bike that a woman is riding a few times until she stops.
► A man with a tattoo tool threatens to tattoo the eyelids of another man who is strapped to a chair. A man runs across a driving range and is nearly struck by golf balls.
► A woman finds a man bound and gagged in a closet. A man handcuffed to a bed pulls the headboard off and drags it outside.
► A man talks about breaking another man's leg and beating his face to a bloody pulp. A man and a woman argue in many scenes in the movie. A woman is seen in the trunk of a car in several scenes. A man yells at a woman and accuses her of "mocking the gods of craps." A woman says that her cousin fell off a cruise ship. A woman asks what kind of trouble a man is in, "Money trouble, drug trouble or sex change trouble." A woman says that she wants a bonus for not stabbing someone with a fork. A man talks about watching as baby turtles are attacked by birds. A woman talks about having grazed a police horse while driving her car. A woman talks about a man lying in a tub of mayonnaise and wearing a dog collar. A man makes a comment about an odor and a woman says that another woman and a man are smelly.
► A man puts out a candle with his hand and we hear a sizzle. A woman is handcuffed to objects throughout most of the movie.
► A man tracks mud through an apartment, smears it into the carpet, and eats messy chips in bed and wipes his mouth on the covers. A woman is shown with many facial piercings. We see a woman having a facial and pedicure and her face is covered with a green complexion mask. A woman has a piece of "pond scum" stuck on her neck.

SUBSTANCE USE - A man and a woman drink champagne, a woman guzzles a drink, people drink alcohol in a strip club, a man drinks a beer with lunch, a man holds a cocktail glass in his hand and appears to be drunk, a man talks about another man getting drunk on cheap whiskey, a woman mentions making out with a man once when she was drunk in several scenes, and a man mentions sipping a Piña Colada.

MESSAGE - Saying what you actually mean can make the difference in a relationship. 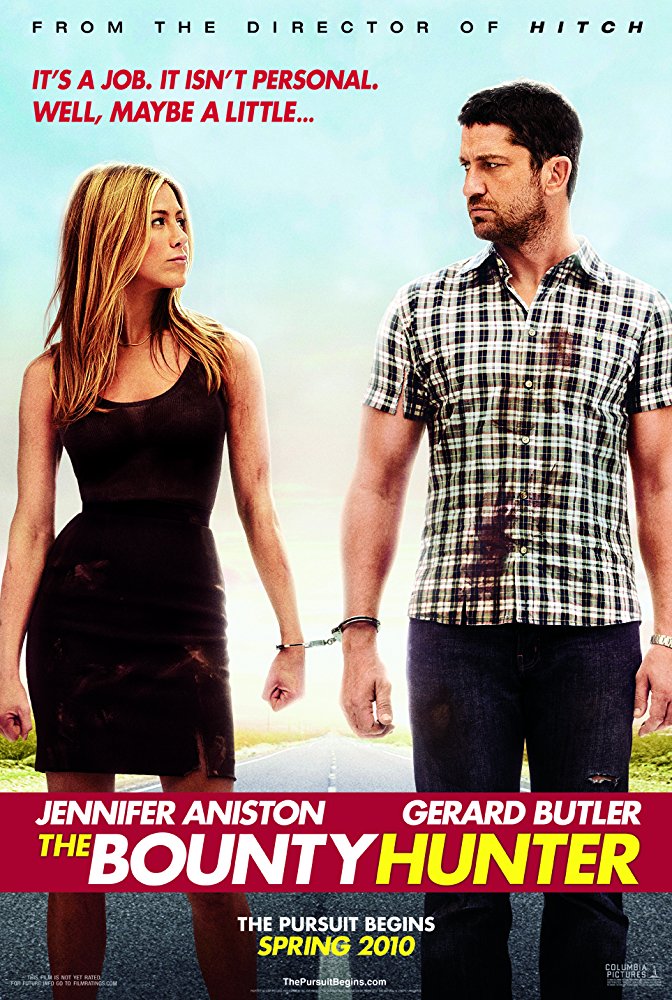