Bolt (the voice of John Travolta) is a canine movie action hero who has never been off the set and is not aware that what he does while the camera is rolling is not real. That is until he fears that his person (the voice of Miley Cyrus) has been kidnapped and he breaks out to rescue her. Also with the voices of Susie Essman, Mark Walton, Malcolm McDowell, James Lipton, Greg Germann, Diedrich Bader and Nick Swardson. Directed by Chris Williams & Byron Howard. [1:36]

VIOLENCE/GORE 3 - While shooting a scene for a TV show, a girl and a dog chase a man down an alley, he disappears behind a hidden doorway, and a car speeds toward the girl and the dog; then the dog charges the car and flips it over onto it hood (we see the driver inside is OK).
► While shooting a scene for a TV show a dog holds a man in a car over a bridge while threatening him for information (the dog doe not drop the car). While shooting a scene for a TV show a girl and a dog sneak into a laboratory, the dog knocks out two guards and destroys the weapon of a third.
► While shooting a scene for a TV show three helicopters chase a girl and a dog through city streets, several motorcycles are deployed from the helicopters and speed after the dog and the girl, and the dog runs super fast pulling the girl on a scooter; the dog then crashes through a cement wall, a motorcyclist crashes, the dog shoots lasers from his eyes at a helicopter and it explodes, a rocket strikes a helicopter and it explodes, a motorcyclist shocks himself with a taser glove device, and the dog grabs an explosive device and attaches it to a helicopter, which explodes.
► While shooting a scene for a TV show a dog barks and causes many cars, helicopters and motorcycles to be blown through the air, and a road surface breaks up and turns to rubble.
► A dog tries to strike a man and render him unconscious but is not able to. A hamster in an exercise ball tries to attack a man, and the man picks up the ball and plays with the hamster. A dog charges into a fence and is thrown back when it does not break away as was expected. A dog jumps toward a window, runs into it, and is knocked unconscious and falls into a box of packaging material, which is closed and taken away on a truck. A dog jumps thinking that he can sail over sidewalk construction but crashes down in the middle of it (he's OK). A dog chases a truck carrying a portable toilet, the truck stops short of hitting the dog, it swerves, and the toilet falls off. A dog slams into the closed door of a truck and knocks himself out. A gas tank on a truck explodes as three animals attempt to get away from three humans. A woman throws a man out of the back of an ambulance and he crashes onto the ground.
► A building catches fire, we see rubble and the structure crumbling, and a dog and a girl are trapped inside; we see them unconscious as the area fills with smoke (they are rescued).
► A hamster is nearly crushed when a girder falls and it wedges itself under it (it is pulled to safety). Three animals cling to a banner as it swings over a speeding train, they fall onto the back of the train, nearly fall off and one nearly crashes into a passing a signal post. A dog drags a cat by a leash tied around the cat's waist, and the cat slams into a mailbox and is knocked unconscious briefly. A dog jumps out of a speeding truck dragging a cat on a leash behind him. A dog dangles a squirming cat over a bridge, with cars speeding below them (the cat is not harmed). A dog pins a cat against a garbage can and questions it. A cat threatens a bird with its claws (the bird is frightened but not harmed). A frying pan is thrown at a cat (does not strike it). A dog tackles a cat. A dog thinks a cat has poisoned him (the cat has not).
► A large dog holds a hamster that's in its exercise ball in its mouth; the ball is covered with slobber, and it shoots out of the dog's mouth and strikes a man in the head (the man falls back onto the floor).
► In a scene for a TV show we see medical images (X-rays of a dog, bones and molecular detail) when we are told that a dog has been modified and made stronger. A bad guy in a TV show is shown to have one eye that resembles a cat's eye.
► A hamster in an exercise ball lunges toward a cat and says, "Die, die." A dog and a cat argue. In a scene for a TV show a man calls his young daughter and tells her he's in trouble and that she should not go home. A cat worries about going to the pound and never coming back out, after it's been snatched by an animal control officer. A dog and a hamster talk about danger, fear and "Going into the belly of the beast." In a scene for a TV show, a man makes a comment that another man's "Guts will spill." A dog is shown to be afraid of Styrofoam and saying, "It weakens me." A cat talks about having been abandoned by her human companions.
► A dog is devastated when he sees his person petting another dog. A dog runs on city streets, anxious with being in unfamiliar surroundings.

MESSAGE - Never give up when it comes to someone you love. 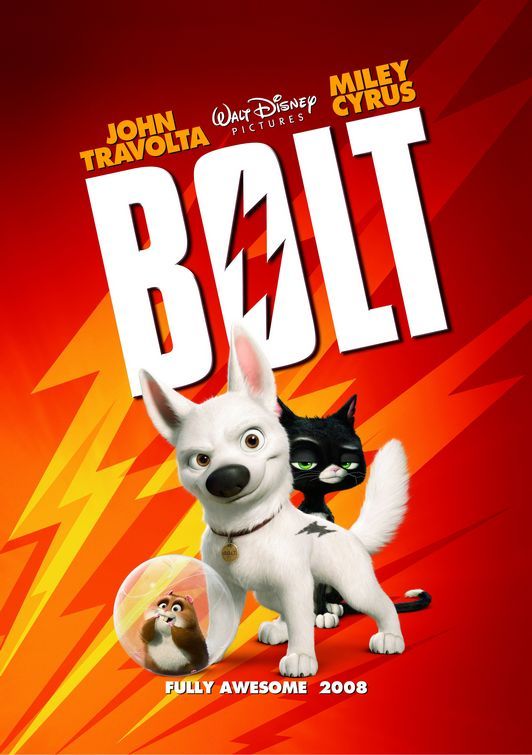