SEX/NUDITY 2 - A man and a woman go out together and it is implied that they are interested in each other.
► A man is told that before he can see a woman socially he has to pass the approval of her sister. A man talks about a man liking "the Russian girls." A man talks about men chasing girls.
► We see a nude man in a torture scene and his bare back, legs and side view of bare buttock are seen. We see the lower portion of a man's bare back and the top of his bare buttocks during a torture scene.

VIOLENCE/GORE 9 - A man is tortured: he is tied to a chair and his hands are tied to a table, we see several surgical and other tools on a table (knives and hammers), a man strikes the man in the finger with a hammer (blood sprays on his face and we see the finger bloody and separated from the hand as the man screams), he is struck again on another finger (we see more blood and tissue and a twisted finger), the man's head is slammed into the table (we see his bloody mouth and face), and the man is removed from the chair and placed on a table while men around him pray and one holds a knife over him (they are interrupted).
► Another man is tortured: he is tied into a chair, a towel is wrapped tightly around his face and held by one man while another man beats him repeatedly with a stick (we hear muffled screams) and we see the man limp and motionless and one of the men says "He's dead."
► Another man is tortured: he is nude and tied to a table leaning forward at the waist and whipped repeatedly (we hear him scream with every blow and we see bloody and bruised buttocks).
► Several men are shot when guards with guns break into a room (we see them twitch when struck and blood spurts). We see soldiers with guns being shot on a street during an encounter (a bit of blood splatter is shown).
► A man chases another man through a busy market and into an alley: they climb a wall, large dogs on the other side of the wall bark and snarl, one man slashes the other in the arm with a knife, and the other man gets the knife and stabs the first man in the back (we hear a crunch); the dogs then bite the man with the knife, he stabs one dog (we hear a whimper), and the dogs bite him again as he jumps back over the wall (he screams and we see that there is glass on the top of the wall that cuts his hands).
► Cars speed and passengers shoot weapons back and forth at each other; one car overturns, we see a passenger being pulled out of the car (he has a bloody face) and another man is left in the car and it explodes. A car explodes in a busy marketplace and many people are killed (we see a wounded person with torn and bloody flesh, and we see bodies covered with plastic tarps later). Many soldiers with guns drawn surround and enter a building, they search apartments and several men in one apartment detonate and explosive that blows them and the building up (we see large flames and rubble and people in the street scream and run). We see a large explosion in an embassy in Turkey. Explosive devices are launched from buildings into cars that blow up and flip into the air (we see people nearby being thrown into the air). People in a street are shot (we see one shot in the knee with blood spurt) and others are blown up in explosions (there's no detail visible). A man speeds away in a car, he is shot at by others chasing in cars, he crashes, and he is thrown through the windshield (we see him lying motionless on the ground with a very bloody face and head.
► A man is bound and on his knees in a garbage pile with a bag over his head; he is struck in the throat when he tries to speak (he gags and coughs), the man is then punched hard in the face and kicked in the stomach.
► We see a dead man in a garbage dump (blood and bruising is seen on his face). We see a man in a clinic getting rabies shots (we see a large hypodermic needle and the man winces when he is injected) and being bandaged (we see several bloody wounds). Bone fragments are pulled out of an open bloody wound on a man's arm and he is told that they are not his bone. We see dead bodies being pulled out of body bags (we see one body with a bullet hole in the head).
► We see a man bound and kneeling, with a bag over his head, in a large, open area and a man speaks to him about his situation (the man seems afraid). Many people in cars circle a man who was left in a large desert area without water, a lot of dust is kicked up in the air and he is taken away. A man kicks a man in a chair over (he falls on the ground and the scene is almost played for laughs).
► A man yells at and spits in another man's face. A man is threatened and told to leave a country. We see a video of a man making threats to attack across Europe and America. We hear people talking about an increase in terrorist activity. Several references are made to a Muslim war on America and Europe.
► A man climbs in the back of a van and hides under upholstery as they drive through a checkpoint into Syria. A man yells at another man over the phone. People watch disapprovingly as an American man and an Iranian woman talk.
► We see a building in flames and fire fighters try to put the fire out. We see people in a Palestinian refugee camp. We see dogs rooting through garbage dumps. A man throws a vase into a wall shattering it.

SUBSTANCE USE - Two men drink beer while talking, two men sit at a table where there are many empty beer bottles (implying they have been drinking a lot), a man drinks wine, and a glass of wine is shown on a table near a man in a several scenes.
A man smokes cigarettes and we see a glass of wine on the table next to him in a few scenes, people are shown smoking cigarettes in a coffee house, a man smokes cigars in several scenes, people are shown smoking cigarettes in many other scenes throughout the movie, and a man smokes a cigar in a hospital. A man talks about people smoking hash and drinking alcohol.

MESSAGE - We are not safe anywhere. 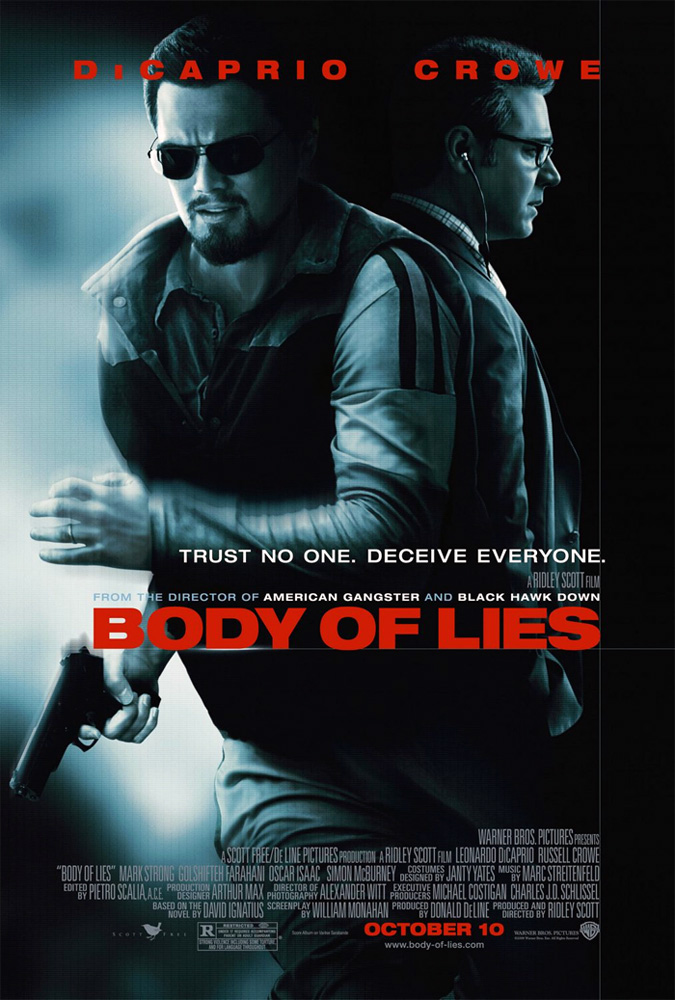