Josh Hartnett and Scarlett Johansson star in this speculative thriller, based on the real-life murder of a Hollywood starlet that shocked Hollywood in 1947. The brutal murder remains unsolved. Also with Hilary Swank, Aaron Eckhart and Mia Kirshner. Directed by Brian De Palma. [2:01]

SEX/NUDITY 8 - We see a film of two women wearing bras, garter belts and stockings, while they dance and caress each other; they kiss, we see them both bare breasted, one ties the other to a bed, and one licks a sex aid and presumably inserts it into the other woman's vagina (she is standing behind her and we don't see the actual penetration); the woman being penetrated appears to be in pain.
► We see a nude female body on a morgue table and it looks as if the nipples were cut off (please see Violence/Gore for more details).
► A man and a woman kiss passionately, he pulls off her dress (her buttons scatter), throws food off a table, lays her on the table and they have sex (we see thrusting briefly).
► A man and a woman kiss passionately, and we see them lying in bed together after having had sex (he is bare-chested, and we see her bare buttocks and his bare buttocks when he gets out of bed).
► A man and a woman go to a hotel, they kiss passionately, they remove each other's clothing (we see her in a bra), and we then see them lying in bed together, presumably after having had sex (he is bare-chested and we see her bare shoulders).
► We see a sketch of a man and a woman having sex (there isn't much physical detail). A woman prepares for a bath and stands with her robe open, revealing part of her bare breasts while a man watches her. A woman prepares for a bath and a man sees her wearing a bra and teddy pants.
► Women wearing skimpy outfits (part of their bare breasts, bare backs and legs are visible) dance in a club: it is a club frequented by lesbians, and the dancers begin to caress each other and kiss. Two men are bare-chested while boxing.
► A woman kisses a man, and caresses his crotch and clothed buttocks. Men and women dance together at a New Year's Eve party and several kiss at the stroke of midnight.
► A woman tries to seduce a man (he does not succumb). A man watches his girlfriend and another man dance together.
► A man tells two women to "go make some money" (they are prostitutes and he is a pimp). A woman talks about a man "pimping me to his friends." We hear that a woman was promiscuous. A woman talks about scantily clad prostitutes standing in windows for passersby to see. A woman talks about another woman meeting with someone who is described as a lesbian. A woman remarks about hoping that two men look good with their shirts off.

VIOLENCE/GORE 9 - We see a female body on a morgue table: we see that the body is cut in half at the waist, the face is cut from ear to ear, there is a puncture wound on the palm of the hand, and we are told that the internal organs and the reproductive organs were removed (it looks as if the nipples were cut off), that there was no rape, that the knees were broken, and that the blood was drained and the body was washed by the killer. We see a dead body (it looks to be cut in half at the waist) at a crime scene and we hear about disembowelment and facial lacerations (from ear to ear); a crow lands on the body and prepares to peck.
► A woman is hit hard twice with a baseball bat, her head is clamped into a vice, and her face is sliced with a knife (we see the blade cutting and blood pours from the wound).
► A man is attacked from behind by another man with a piano wire, who pulls the wire tight around his neck; then another person approaches and slashes the victim's throat with a knife (blood sprays, and we see this scene again), and the injured man and the man holding the wire fall off a balcony and crash into a fountain below (one man's head hits a pointed part of the fountain and splits open, and blood sprays and fills the fountain).
► We see crime scene photos of a woman with deep cuts on her face from the side of her mouth to her ear.
► A woman shoots herself in the head (blood sprays on the curtains behind her). A woman is shot, she falls back, and blood pools under her. A man is shot in the head and lies dead with blood pooling around him.
► We see a dead child with a bullet hole in his head and a dead man with blood on his face and neck. A woman finds a dead body on the side of a street (we see a nude form with little detail from a great distance). We see a dead body on a street. We see two dead bodies put into an incinerator to be burned.
► We see a blood-soaked mattress where a woman was murdered and we see a clump of hair in a vice. We see the initials of a man carved into a woman's back.
► Two men box in a match, many punches land, one man is knocked to the mat (we see blood on the mat and his nose), gets up and continues fighting, and one man is punched repeatedly while pinned in the corner; one man is cut over the eye (we see blood), one man is punched very hard in the face (blood spurts, his two front teeth are knocked out and we see the bloody teeth on the ground). A man cuts stitches out of a wound on his eyebrow.
► A man punches another man repeatedly. A police officer chases a man, tackles him and punches him. A man punches another man and threatens him with a gun. A man is hit hard on the back of the head with a gun. Two men box in a sparring match, and one is knocked to the mat.
► In a street shootout a man standing outside a building is shot and two police officers start shooting at people with guns who are inside the building (we see dead bodies with bloody wounds later). A man shoots a gun out of a window and kills a pigeon that's on the street.
► People fight in the streets (punches land, several people use heavy sticks as weapons and we see cars in flames) and we hear that there are problems between "Zootsuiters" and service men.
► We are told that a man shot his family dog to consecrate the moment when he became a millionaire. We hear that a man's sister was murdered and the crime was never solved. We hear police describing crimes including rape and other violent acts. We hear that a woman was badly beaten by a man.
► An earthquake shakes a building, and people hold on to items on desks and shelves until the tremor passes.
► A woman is frightened by a scene in a movie, and she jumps and grabs the hands of two men sitting beside her.

SUBSTANCE USE - People are shown drinking alcohol in many scenes throughout the movie, a woman drinks alcohol until she is clearly inebriated, and people drink alcohol with meals in several scenes. Men and women are shown smoking cigarettes incessantly, throughout the movie. We hear that a man has a drug deal scheduled.

MESSAGE - The depravity human beings are capable of is often hard to fathom. 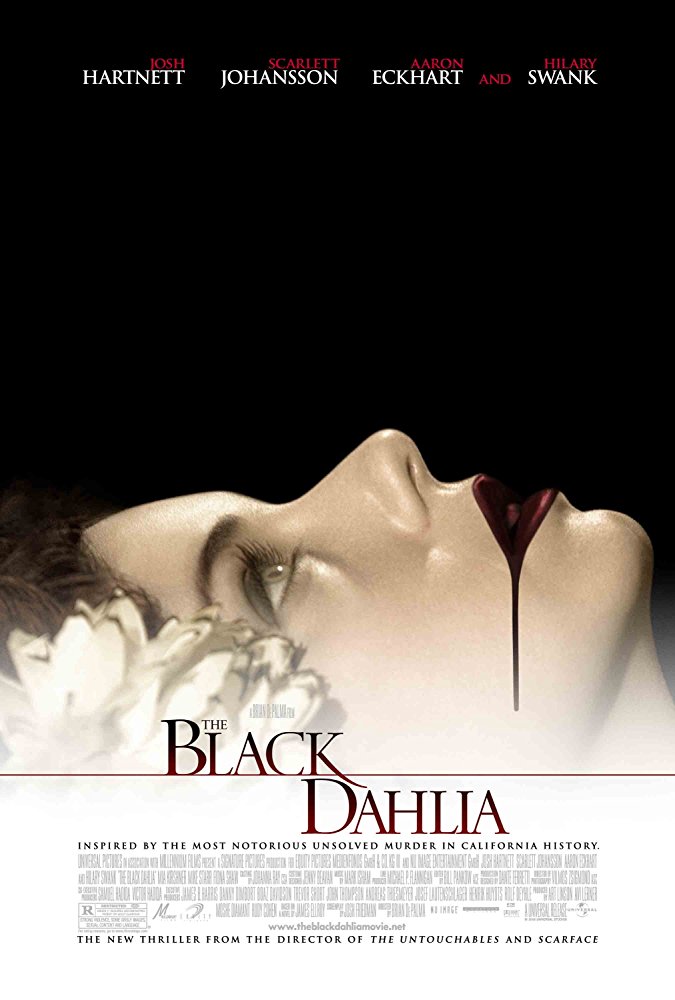