A famous singer (Tilda Swinton) recovering from surgery convalesces on an island with her boyfriend (Matthias Schoenaerts) and everything becomes confused when her ex (Ralph Fiennes) arrives with his teenage daughter (Dakota Johnson). Also with Corrado Guzzanti. Directed by Luca Guadagnino. [2:05]

SEX/NUDITY 9 - A man and a woman (her bare breasts are visible) kiss passionately in a swimming pool as he thrusts. A man pulls a woman's panties down (she is covered by a dress) and performs oral sex on her; the woman moans and we see her bare feet and ankles with her panties around them. A man and a woman kiss, he drops his pants (we see his bare legs below the short tail) and lifts her skirt (we see her bare leg to the upper thigh) and thrusts; she moans and they stop.
► A teenage girl stands fully nude (bare breasts, abdomen and pubic region are visible) near a natural pool, she lies down and invites a man to join her; he hesitates but then crosses around to the other side where she is lying (we do not see any other action and it is not clear whether they have sex).
► A man undresses completely and dives into a swimming pool (we see his genitals, bare chest, abdomen and side of his buttocks). A man undress completely and dives into a swimming pool (we see his bare back, buttocks, and genitals). A fully nude woman (bare breasts, shoulders, abdomen and buttocks to the genitals in shadow are shown) and a fully nude man (we see his bare chest, abdomen and the side of a buttock) sunbathe. A nude man walks in the background of a scene and we see his bare chest, abdomen, genitals and the side of a buttock. We see a nude man from the back (bare back and buttocks are seen). A topless teen girl covers herself with a shirt when her father comes into the room (we saw her bare breasts prior). We see a topless, sleeping woman and her bare breasts and abdomen are shown. A young woman wears a bikini that reveals her bare thighs, cleavage and bare abdomen. A woman is shown wearing only panties and we see the side of her bare breasts and back. A young woman is shown wearing a sheer bra in a couple of scenes (cleavage and nipples are visible). A man drops a blanket and we see him fully nude from the back (we see his bare back, buttocks and a glimpse of his genitals as he dives into a swimming pool). A man and a woman wearing swimsuits (we see her cleavage and his bare chest and abdomen) cover each other with wet sand and sunbathe. A young woman wears a crocheted top that reveals part of her nipples through the open weave. A topless young woman is shown sleeping and we see her bare back. A man is shown wrapped with a blanket and it is apparent that he is nude underneath (we see his lower bare abdomen and his genitals are in shadow). Men and women wear swimsuits in several scenes and we see cleavage, bare abdomens, bare chests, and partial buttocks. A woman wears a low cut dress that reveals her bare back. Two men are shown shirtless.
► A woman sits on a man's lap, they kiss and he caresses her bare buttock. A man kisses a woman on the throat (on a scar).
► A teenage girl appears to be flirting and trying to seduce a man (he is in a relationship with another woman). A man and his teenage daughter hold each other close and sway and sing a love song in front of a crowd (it appears suggestive). A man and a young woman dance together and she thrusts her hips suggestively. A man and a woman lie together in bed. A man and a woman dance together at a street festival.
► A man yells in a street that he is not having sex with his daughter (using crude terms). A woman talks to a man about his behavior toward his teenage daughter appearing inappropriately sexual; he yells and says, "Do I find my daughter sexy? I do. And, I deal with the [scatological term deleted] that goes on in my head." A man talks to another man about sex with a woman (they have both had relationships with the same woman). A man tells another man, "You look sexy. You look metro-sexy." A young woman tells a man, "I fall in love with every pretty thing." A man talks about two heterosexual couples "swinging."

VIOLENCE/GORE 4 - A man slaps another man in the face and the slapped man shoves the other man into a swimming pool; the slapped man leans over to help the pushed man out of the water and he is pulled in and they wrestle and fight until one man is held under water and drowned; the drowned man is left in the pool and we see the other man with bloody scratches on his sides.
► A man grabs a woman by the wrists and she struggles. A woman slaps a young woman across the face. A man and a teenage girl come upon several men and they seem threatening but leave without incident. A woman screams uncontrollably when she sees a dead man in a swimming pool (we see her with scratched feet and knees later from the cement around the pool).
► A woman kicks a glass off a table and it breaks. A teen girl is shown being patted down at airport security. A coffin is loaded onto an airplane.
► Two men attempt to push a car back onto the road (its front wheels are hanging over a ledge). Snake are shown slithering on the ground in a couple of scenes and a man and a woman each pick one up and throw them into the brush unharmed. A lizard falls onto a dining table and a man swats at it and throws it into the brush. A man dives into a swimming pool wearing his clothes.
► A man asks another man in an aggressive manner if the second man had sex with the first man's teenage daughter; the second man asks the first man if he had sex with the second man's girlfriend. A man makes reference to a power outage and that the "meat" in a fridge will go bad (presumably referring to corpses in a morgue). A young woman says, "You can't live forever." We understand that a singer has had surgery on her throat and cannot speak during recovery. A young woman talks to a man about a car crash that he was in and says, "You must have been desperate," and "My dad said you were thrown really far and you didn't leave a note." A comment is made about a young woman attempting suicide twice using pills. We hear a report about seven immigrants drowning in the sea. A man is shown with a large scar down his side and we understand that he crashed his car as an attempted suicide. A man talks about an island having been bombed during a war. People talk about Sirocco winds and sand and wind is seen blowing through a village.
► A man urinates on a grave and we see the stream as he complains when some of the spray lands on his shoe. A man talks about puking your guts out and vomiting your soul. A man guts a fish and we see the cut along the belly and the organs being removed. A woman spits and we see saliva leave her mouth. A man has a tattoo of a hammer and sickle on his chest.

MESSAGE - Passions and addictions are hard to break. 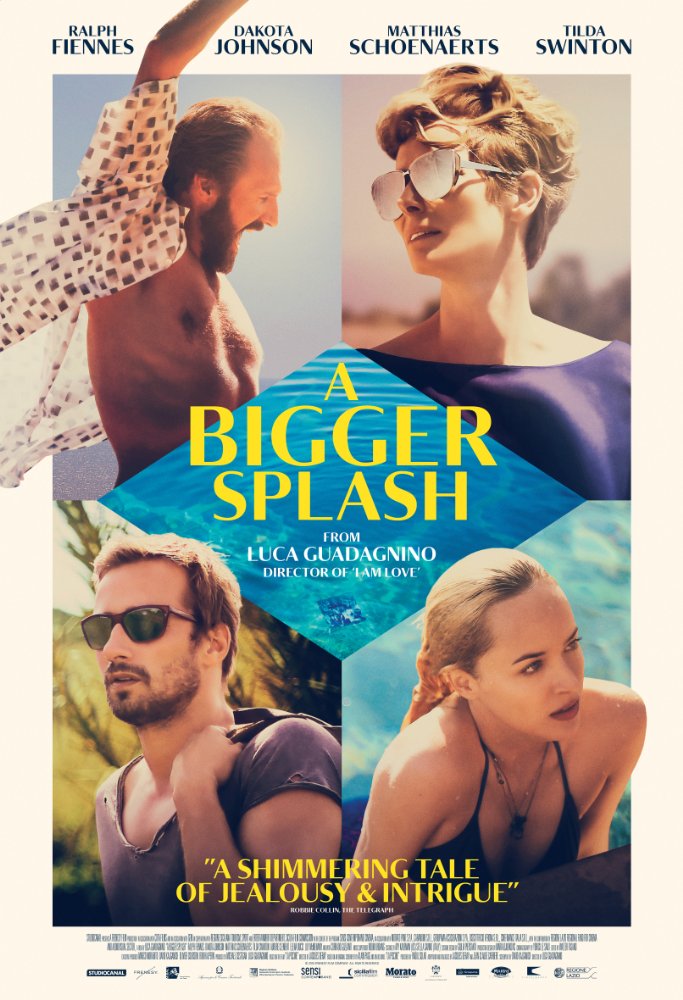