A man (Owen Wilson) with a criminal past drifts to Hawaii, where he is enticed into a plot to steal money from an unscrupulous businessman by the man's mistress (Sara Foster). At the same time he befriends the local judge (Morgan Freeman) who also runs a small resort, and who's anxious to offer him advice on the shady people he hangs out with. Now the likable drifter must decide whether to follow through with the heist and be $200,000 richer, or walk away. Also with Gary Sinise and Bebe Neuwirth. Directed by George Armitage. [1:48]

SEX/NUDITY 5 - A woman has two men in a house (neither is aware of the other) and they are both waiting to have sex with her: The woman and one man are in bed (presumably nude) when the other comes to the door, she ties the man to the bed frame, goes to the other man downstairs and he grabs her around the waist and tries to kiss her; then we see her in bed with one of the men, apparently after they have had sex. A woman takes off her clothes, runs into the ocean, swims to a yacht, boards it and a man follows her (we see the woman's bare breasts and the rest of her form but other details are not clear and we see the man bare-chested). A woman sunbathes nude (we see her bare buttock and the side of her breast), until a man approaches her and she wraps herself with a cloth wrap. A man and a woman kiss. A woman takes off her panties in front of a man. A man and a woman flirt in several scenes. A woman waits in a cabin for a married man whom she invited to have sex with her. A woman lies in a bed covered with sheets and says to a man, "guess if I'm wearing any clothes." Two men get out of a shower together (we see them bare-chested), one smacks the other on the buttocks and asks, "where did you tear my shirt off last night?" A man makes a sexually suggestive comment to a woman, and a woman talks to a man about the sex they had. A woman in panties holds a towel over her breasts, and answers the door, a man comes in to fix her shower, and she watches and flirts with him. A man kisses a woman on the cheek. A man sprays two women in swimsuits with water from a hose. A man admires a woman, in several scenes: in one scene the woman, in a bikini, walks back and forth along a beach and the man watches her for an extended period of time. A nude man and a nude woman break into a house (we see their bare shoulders), the homeowner tells them to "get a room" and "get a rubber." A woman wears a dress that has no back and is very low-cut in the front, and a woman wears a short skirt and when she stands up we see her panties. A man wears a shirt with pictures of shapely women on it and a man is bare-chested while changing his shirt. A woman wearing a short skirt climbs out of a helicopter and we see her bare thighs, and a woman wears a short top and low-cut pants that reveal her bare abdomen and a tattoo on her lower back. Men and women wear swimsuits in several beach scenes, and a woman wears a mermaid costume that reveals bare abdomen and cleavage. We see men and women in native Hawaiian garb, with bare-chested men wearing cloth wrapped around their waists. A man has a young mistress and people discuss the fact that he has a mistress, and a woman talks about having worked at a strip club.

VIOLENCE/GORE 4 - A woman shoots a man in the face (we hear the shot and see the man grab his face before falling to the floor) and we see him later with a bloody wound on his head. A man falls down a staircase and lies motionless. A body is rolled off the back of a boat into the ocean. A man in a truck rams the back of another truck while driving, they both stop, one man threatens the two men from the other car with a shotgun, one is hit in the crotch with the gun butt, and the other punches the man with the gun in the jaw and knocks him unconscious. Two men argue and threaten each other and one hits the other in the face with a baseball bat (we see the scene a few times, as well as a newspaper photograph). A man hits another man in the face with a tree branch, they wrestle on the ground, punch each other, and one head-butts the other who ends up with a very bloody nose. A woman holds a baseball bat over a man lying on the floor. A nude man and a nude woman break into a house and are held at gunpoint by the homeowner. A man and a woman box in a ring briefly and the man hits the woman in the face and she falls on the mat. People are shown surfing and being tossed around in large waves in a few scenes. People are shown diving off a high cliff into water below. A man robs a house (he steals cash), and a man steals a car.

SUBSTANCE USE - People are shown smoking pipes and cigarettes and drinking alcohol. One character drinks heavily.

MESSAGE - Sometimes things are exactly as they seem. 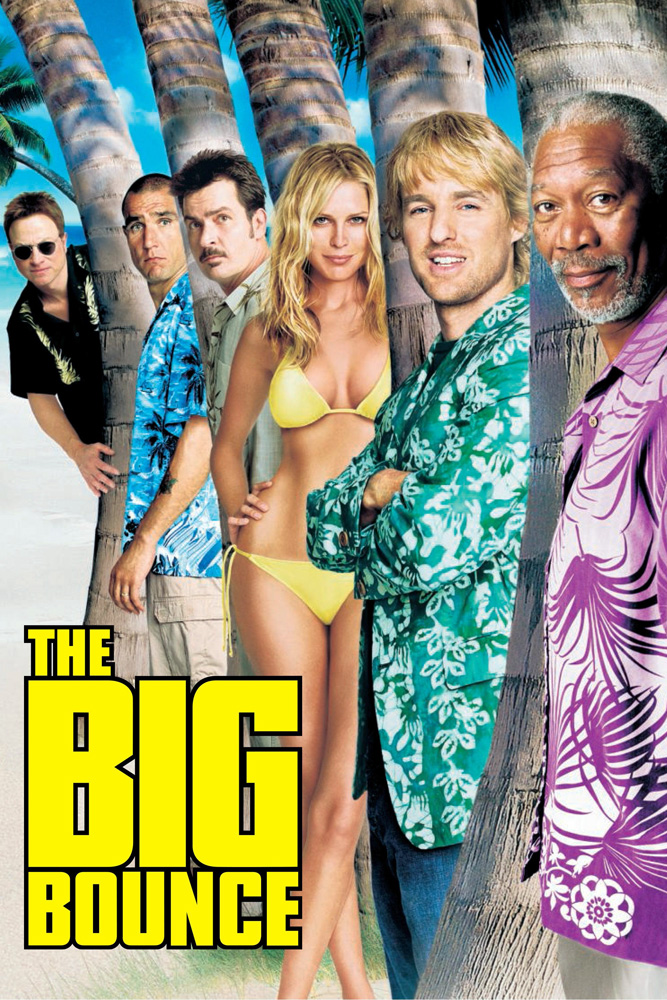