Based on a true story: Nick Flynn (Paul Dano) is reacquainted with his father after 18 years of separation when his father Jonathan (Robert De Niro) checks into the homeless shelter where Nick works. A self-proclaimed novelist and con man, Jonathan struggles with an alcohol addiction while his son struggles to avoid following in his father's footsteps. Also with Julianne Moore, Olivia Thirlby, Eddie Rouse and Lili Taylor. Directed by Paul Weitz. [1:42]

SEX/NUDITY 7 - A man is seen thrusting on top of a woman, the man blinks and the woman turns into a haggardly looking woman who flips the man on his back and mounts him while thrusting; we see a portion of the man's bare chest and the woman's bra.
► A young man and a young woman are seen engaged in sex; they both appear fully clothed and covered by blankets, and we see the young woman's legs under the blankets around the young man's waist and hear the young man panting sexually.
► On multiple occasions we see men in a locker room and we see the men's bare chests and backs, we see the bare buttocks of multiple men and the nude profile of one man, including a portion of his bare genitals. A man is bathing in a tin tub in the middle of a living room as his son enters the room; the man stands up, we see his bare buttocks and it is implied that the young man sees the man's bare genitals. A young man's narration explains that a man refused to put his clothes on and the man is seen wrapped in a sheet standing in the middle of a room.
► A young man and a young woman are implied to be having sex; they pull clothing off one another (no nudity is visible; we see the young woman in a tank top and boy-short style underwear) and we later see the young man lying in bed fully clothed as he asks the young woman to "come back to bed." A young man and a young woman are seen lying side by side in bed, fully clothed. A young man kisses a young woman, and then kisses her hand.
► In a crowd of men, a man shouts a crude remark about wishing he had masturbated rather than having a young man as his son. A young woman tells a young man that she had enjoyed sleeping with him.

SUBSTANCE USE - A young man and a man snort cocaine (the young man appears very intoxicated), three men smoke crack, a man tells a young man not to smoke crack and that he had "been on the pipe for three days straight," a young man takes a crack pipe and smokes heavily and we later see him waking up from a stupor in a stairwell, a young man's narration explains that a woman had been a "crack head" and would eventually go back to using crack, we hear people discussing "their addiction" during an AA meeting and a man narrates that he was 11 years old the first time he got high and another man narrates that he had set his own hand on fire in order to get a prescription for morphine, a young man offers a young woman "some blow" and she turns him down, and a young woman tells a young man that her brother had "an addiction" (implied to be to drugs) and she implies that he had died due to his drug addiction. Throughout the movie we frequently see a man drinking alcohol to the point of inebriation, a man drinks before driving, a man drinks liquor directly from a bottle, a man is implied to be drunk while driving when he crashes his car (a voice over explains that the police found him and "took his license" after he hit "something or someone"), a young man is seen drinking on multiple occasions, and a young man's narration explains that "drunks were drunker." A young woman throws a cigarette butt at a young man.

MESSAGE - Having a family member with an addiction is very difficult. 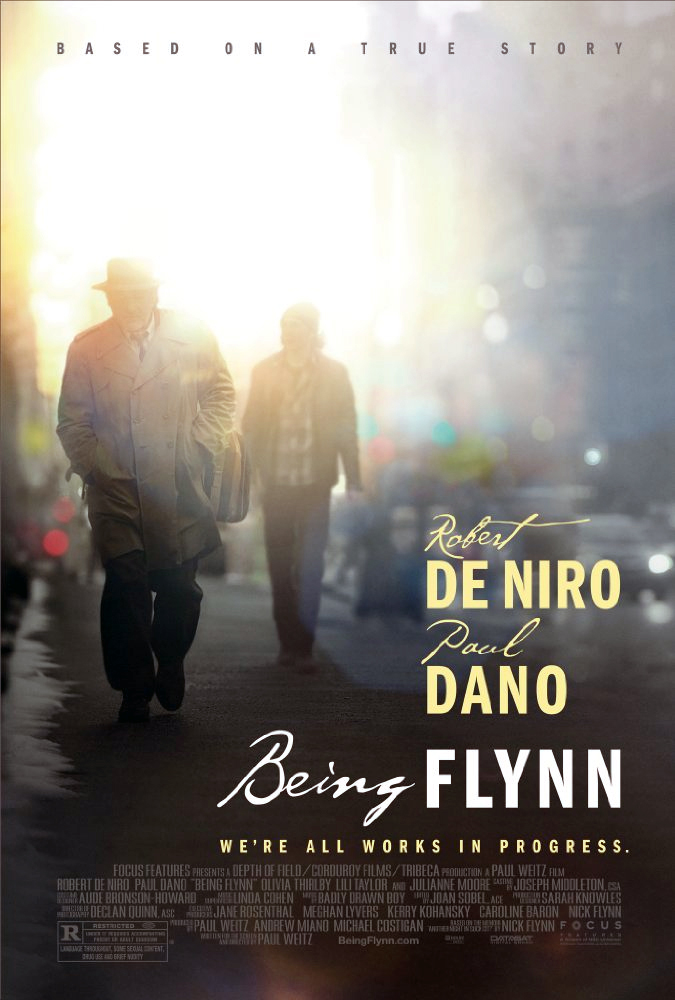