SEX/NUDITY 3 - A pig puts two bathroom plungers on his chest and dances a hula, making the plunger handles sway. A bird does three pelvic thrusts in profile and calls out to female birds, "Ladies, get busy! Lay eggs tonight!" A few pigs writhe, dance, pat their behinds and shake their backsides into the camera as one pig says, "Shakin' my bacon." Several cowboy stripper pigs wearing western hats and chaps dance for female birds; they turn and shake their behinds, then pull of their chaps and one pig throws his chaps onto the head of a delighted bird. A bird doing yoga sticks his bottom into another bird's face, and the second bird backs away quickly. We see the rear ends of a few birds and several pigs in close-ups.
► A male bird kisses his wife goodbye. A female bird discovers a large male bird likes her and scurries away from him and then later leans against him and hugs him. A pig jumps into the arms of a female bird and smilingly flirts, saying, "How ya doin'?" Two birds hold wings at a club. A male eagle on a mountain uses binoculars to watch an old female bird covered to her neck by water in her pool across a valley; he says, "Well, hello" in a seductive voice.
► Three female birds wink and wave toward a male bird, but they are looking at a second male bird in the tree above him; the first male bird is embarrassed when he realizes the ladies are interested in the other male, who leaves with them.
► Three suggestive stone sculptures appear in a therapist's lobby; one sculpture is of two birds embracing and smiling, another is of three birds hugging and kissing one another and the third is a pyramid of over a dozen birds all hugging, kissing right-side up and upside down and smiling with big eyes.
► A male bird complains that pigs are always naked (since they have no feathers). A female bird says that she wants to use "natural child hatch." A male bird observing a long line of baby birds calls out to the two parents that they should consider "bird control." A building sign reads "Birds and Bees Fertility Clinic" and advertises "bird control."
► A large bird wearing a towel around his waist answers his door. A pig dances in his castle while wearing human underwear briefs. We see a flashback of a young eagle with human-like muscular arm/wings, a human-like chest and abdomen all covered by feathers.

SUBSTANCE USE - A male bird at a party inhales helium and talks in a squeaky voice twice. A bar scene and two club scenes show male and female adult birds drinking unknown beverages from apples and coconuts through straws, and a picnic scene in a pig's mind shows the pig pouring wine from a bottle into a wine glass and pouring it over an egg (his date) while telling the egg to enjoy the drink. A bird places a stick of dynamite into his mouth like a cigar and then tosses it aside.

MESSAGE - Not all visitors have good intentions and anger can be channeled for good. 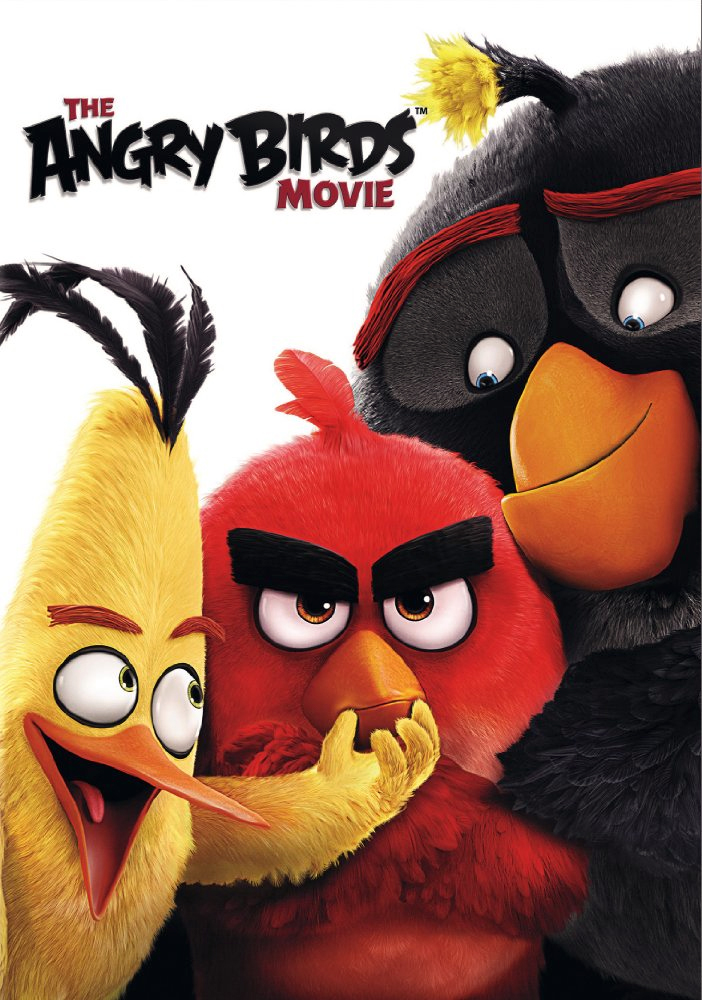