Why is “Ammonite” rated R? The MPAA rating has been assigned for “graphic sexuality, some graphic nudity and brief language.” The Kids-In-Mind.com evaluation includes a few sex scenes between two women with nudity, a few kissing scenes, a few flirting scenes, a death from illness, a woman suffering from melancholia, and at least 2 F-words and other strong language. Read our parents’ guide below for details on sexual content, violence & strong language. Set in the 1840s in the English seaside town of Lyme: Two women, an impoverished, self-taught paleontologist (Kate Winslet) and a wealthy wife (Saoirse Ronan) recovering from personal loss, are forced together by circumstances. Initially, the differences between their personalities and social status are a cause for conflict, but soon their relationship blossoms into a passionate love affair. Also with Gemma Jones, Fiona Shaw, Alec Secareanu and James McArdle. Directed by Francis Lee. [Running Time: 2:00]

– Two women kiss passionately in bed, they undress (we see bare breasts, abdomens, buttocks and pubic areas), they continue kissing, and one performs oral sex on the other (one straddles the other’s face and oral sex is performed while she self-stimulates and they both moan and climax). A woman kisses another woman on the cheek, they face each other, and kiss and caress each other’s faces, until one woman moves below the other woman’s waist, lifts her skirt and performs oral sex on her (we see the other woman’s’ bare legs to the upper thighs) and she moans. We hear rhythmic breathing behind a closed door (sex is implied).
► A wife lies in bed wearing sleeping clothing and watches her husband undress (we see his bare chest, abdomen, genitals, partial buttock and back); he joins his wife in bed and when she rolls over to caress his shoulder, he rolls away and tells her, “It is not the right time to make another baby.” A woman undresses down to her long undershirt and walks in the ocean; another woman joins her and they hug and kiss while splashing in the water. A woman touches another woman’s hand tenderly and she pulls away. A fully nude woman lies next to a clothed woman in bed (we see her bare shoulder, side of her breast, abdomen, hip and legs). Two women kiss in front of another woman and one of the women says, “It’s just the maid.” A woman tries to kiss another woman and she pulls away and leaves.
► A woman undresses and washes herself (we see her bare back and arms) and she puts a clean dress on. A woman applies a salve to a woman’s bare back and chest (we see cleavage) while she sleeps and suffers from a fever. A woman is laced into a corset by another woman and seems to be short of breath (we see her bare shoulders and cleavage). Several women are shown wearing low-cut dresses that reveal cleavage in several scenes. A woman removes her socks while sitting on a beach (we see her bare feet) and another woman watches with interest. A nude male statue is shown in a museum and we see bare chest, abdomen and genitals.
► Two women hold hands briefly. Two women hold hands in a consoling fashion. Two women sleep in a bed together. A woman sketches another woman while she sleeps. A woman helps another woman dress and laces up her corset (we see the woman’s bare upper back and cleavage). A woman talks to another woman about having hurt her terribly (from a previous relationship). A woman invites another woman to move into her home with her and her husband, and the other woman becomes upset at the idea. A woman recites a limerick about a “well-endowed chap.”

– A woman leaves a room and we hear a loud thud; we understand that the woman fell dead and we see another woman dressing her in a black dress to prepare her for the undertaker. A woman pounds on a shop door and gasps for breath; the shop owner opens the door and the woman collapses on the floor unconscious. A woman climbs up a hill to reach a large stone embedded in mud; she frees the stone and tumbles down with the stone following her (there are no injuries but she is covered with mud). A woman in a swimming hut is wheeled into the surf and climbs down a small set of stairs into the water, where she is knocked around by the waves and thrown back against the stairs (we see no injuries). A woman fills a coal bucket with coal, stumbles and spills the coal on the ground; we see her with coal smudge on her face and clothing and she collapses on the floor crying, and she brings the bucket indoors. A woman enters another woman’s room and tells her that she is there to help her dress for the day; the woman in the room throws something at her and she dodges it.
► A woman whimpers and talks in her sleep when she is suffering from a high fever. A woman leaves a party, watches another woman inside the party through a window and walks home alone in the rain. Women and a man walk on a pebble beach in heavy winds and with waves crashing nearby in a few scenes. A woman scrubs a floor in a museum and men tell her to “move” as they carry an installment through the area. A woman sleeps on a chair while another woman recovers from a fever in her bed. Two women dig out a large stone from thick mud, tie it to a plank of wood and carry it together off a beach. A woman is sullen and withdrawn and her husband describes her as suffering from mild melancholia.
► A woman describes her family and says that her mother had 10 children, eight of whom died; we see her mother cleaning small figurines every day and she refers to them as her “babies.” Two women argue about one of them spending time with the other, which was arranged by her husband, and one woman says, “Your husband left you.” A woman asks a doctor treating another woman in her home, “You’re new… foreign,” and the doctor acknowledges her remarks. A man tells a woman that it is a woman’s position to care for a fellow sister when a woman falls ill with a fever in her home. A woman describes her work as looking for “sea creature relics.” A woman seems deeply unhappy and is confrontational with several people. A husband tells his wife, “You’re like a shadow” and talks about her convalescence. A doctor tells a woman, “Try not to excite yourself,” when she is recovering from a fever. A woman at a party asks a man for the bathroom.
► A woman lifts her skirt and urinates on a pebble beach (we see her lower legs covered with undergarments and a stream of urine). A woman coughs deeply in several scenes and in one scene, we see blood on a handkerchief. A woman opens a cooked egg and we see what looks like a yolk with a hatchling inside it; she throws it away. A woman describes what she sees in a rock as being tiny fish bones and scales and says that the sample is fossilized feces. A large beetle crawls on a woman’s hand. Several dead flies are shown gathered on a windowsill.

– People drink at a recital. A woman smokes a cigarette outside a party, in her home and on a beach in a few scenes.

– True love and respectful relationships can be difficult. 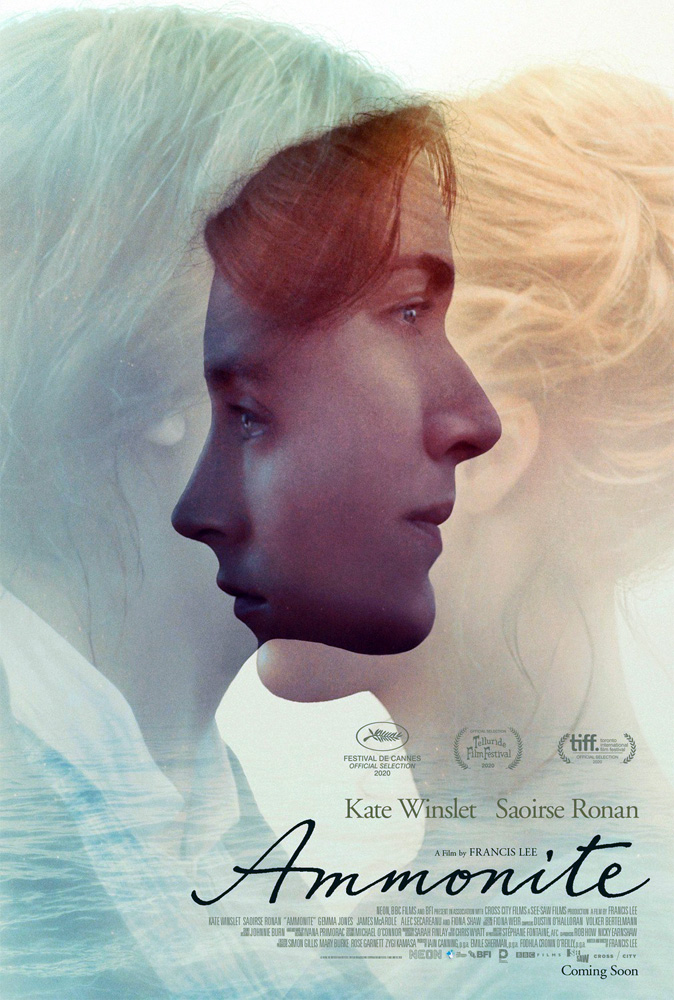