SEX/NUDITY 8 - A young couple begins having phone sex twice, while touching themselves and describing what they are doing; they are interrupted both times. A young couple is shown kissing and having sex in bed (covered to the shoulders with sheets) and we hear her moaning; the couple is interrupted when their respective parents enter the room. Two women caress each other and kiss passionately while three young men watch, a young man prepares to be sexually stimulated by another young man, and two young men kiss twice while two women watch. Two women in a pornographic movie are shown in a bubble bath caressing each other's bare breasts and moaning. A car shakes and we hear a woman and young man moan with sexual pleasure. A young woman pulls down a young man's pants (we see his bare buttocks) and puts a trumpet on his behind, and a young man grabs another young man's bare buttock while two women watch. A young man squeezes a young woman's clothed breasts, a young woman pinches a young man's nipples and tweaks his behind. A young couple is seen in bed in underwear talking about having sex. Young couples kiss several times in different scenes, and two women kiss briefly. A young man spills champagne on a young woman's chest and tries to lick it off, and a young woman's chest is covered with Jell-O and young men lick it off. Two women remove their bras and we see their bare breasts, a young woman playing strip poker is seen topless (she holds her arms over her breasts). Three young men watch (while hiding) two women undress to their bras and thong panties (we see lots of cleavage and buttocks). A young man inadvertently super-glues his hand to his penis while practicing self-stimulation: he's under covers, watching a pornographic film when it happens, and we later see him with his hand in his shorts (see also Violence/Gore below). A young man's shorts fall off and we see his bare buttocks. Couples are shown sleeping in bed covered with sheets to the shoulders (one group consists of two women and a young man). There are many sexual references, discussions of sex and sexual gestures: a young man practices thrusting on a bed, a young man practices caressing breasts and removing a bra on a pillow, and a young man thrusts his hips in front of an audience; a young man is tutored on correct sexual techniques, young men and women talk about their conquests during their first year of college, a young man brings several pornographic movies home, and a father talks with his son about sexual debacles. There are references to premature ejaculation, and to a young man's erection. Young men grab their crotches in several scenes, a man smacks a young man's buttock, and a young man finds a sexual device which he waves around. A young woman wearing a miniskirt sits in such a way that her panties can be seen, and we see many young women in tight outfits (mini skirts, hip-huggers, tank tops, bikinis) exposing cleavage, thighs and midriffs. A young man and woman sit on a bed together. A group of young people dance closely, and a woman propositions a young man. A group of young women in bikinis are shown riding bikes. A young man kisses a young woman on the cheek in a couple of scenes. Two young men repeatedly flirt with and make crude and suggestive remarks to women.

MESSAGE - Stop living in the past; times change and people change. 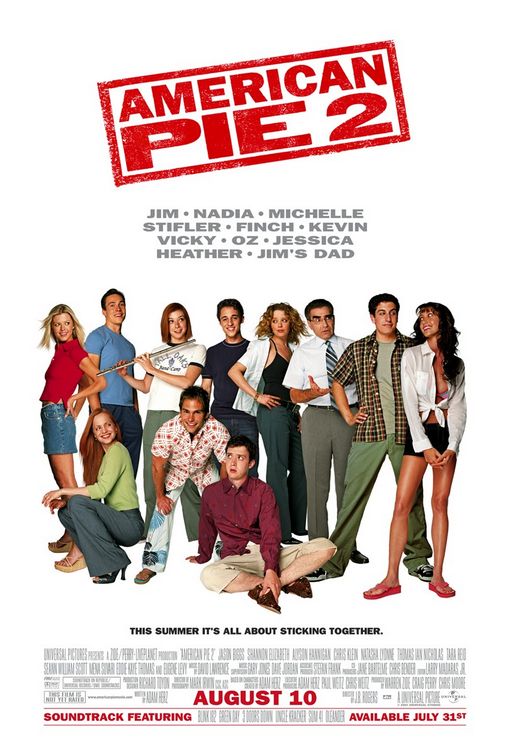