An aging widower (Danny Glover) invites his four adult children and in-laws for Christmas to celebrate the memory of his wife. He hopes that his daughters (Gabrielle Union and Kimberly Elise) and sons (Romany Malco and Jessie T. Usher) will spend five days together without drama, but arguments begin immediately. Also with Omar Epps, John Michael Higgins, Mo'Nique, Nicole Ari Parker and J. B. Smoove. Directed by David E. Talbert. [1:52]

SEX/NUDITY 3 - A woman wears a long nightgown as she climbs into a bed where her husband is wearing a sleeveless undershirt and they kiss and lie down as the scene ends (sex is implied). A woman takes a married man into a store stockroom after lifting the back of her shirt to reveal her upper buttocks; the camera cuts to him walking out of the store, smiling (sex implied). A man and a woman kiss for several seconds in front of her house in two scenes and in one scene, he also kisses her neck.
► A woman wearing a short robe is locked out of her house by her brother and we see the top of the thighs (no buttocks) and a close-up of one upper thigh shows small letters tattooed there; she tries to climb in a window and becomes stuck and a man stands behind her and tries to lift the window (giving the appearance of a sexual act, although no sex occurs).
► The camera looks down on a woman wearing a very deeply cut top that reveals cleavage as she rubs the hand of a man seated behind her. Six scenes show a woman wearing low-cut blouses that reveal significant cleavage and one of the scenes includes the camera looking down into her cleavage. Three men in a locker room are seen shirtless. A shirtless man is shown with a long towel (we see his bare back, chest and abdomen).
► A man wipes dirt off a woman's back and behind and she looks at him angrily. A married man flirts with a store clerk, smiling and taking a selfie with her.
► A woman talks to another woman and sees photos of a man and the woman on a cell phone (we cannot see the images); the second woman later shows her pictures around a family Christmas dinner (we cannot see them) and she tells the family that the man (who's seated next to his wife) is taking her away for a weekend rendezvous, whereupon the wife becomes furious and leaves the room (please see the Violence/Gore category for more details). A woman tells a man that she heard his friend tell him in high school that it would be really easy for the first man to have sex with her; he replies that he broke the friend's nose for the comment. A twentysomething man flirts with an older woman twice, smiling, blowing a kiss and wiggling his eyebrows; she rebuffs him, once pointing a dinner fork close to his face.


VIOLENCE/GORE 3 - A woman at a family dinner becomes angry with her husband, leaves the room (please see the Sex/Nudity category for more details), brings back a shotgun, and points it at him; he rushes out of the house, falls onto his back on the front walk, and she shoots the rifle over his head with a loud bang as three young children and several adults watch. A woman, stuck in a window, kicks a man who is trying to help her get into a house in the head (he is uninjured).
► A frightened child says that his uncle is injured and the scene cuts to a hospital bed where the uncle has a bruised cheek, a small forehead bandage, and gauze around one arm as a doctor says that he is banged up but OK. A man sticks his head and hands into the back of a rooftop Santa and sleigh prop; with his hand in the prop, he says he was doing a prostate exam without a rubber glove and the prop sparks several times, explodes in smoke and sparks, and sends the man falling to the ground onto his back (he is dazed but uninjured). A football player has an ice bag taped to his shoulder.
► A family football game of men and women becomes a fight with people knocking each other down and shouting in front of three young children; an older man shouts to stop and people angrily walk away. An oven overheats and creates clouds of smoke and a man and a woman spray each other with a fire extinguisher as they argue, but also put out the smoldering fire; a man calls one burned casserole "blackaroni." A man drives his truck too fast while swallowing pills (please see the Substance Use category for more details).
► An older man and his son argue loudly about politicians closing a homeless shelter, and we hear that the father's wife, her sister, and her mother once ended up in the shelter that the older man now supports. Two women argue several times. A woman tells a man, "I'm going to kill you!" A family holiday dinner is filled with loud arguments and an older man shouts, slamming his fist on the table and demanding silence. A woman and a male neighbor argue every day for a week. A man tells another man in front of children at a Christmas plaza with Santas and elves for kids, "Seventy-five percent of sidewalk Santas have hepatitis C." A doctor shows a man a blurry X-ray and says that his back is healed.
► A man sits on his bed and holds a funeral program for his wife that includes a photo of her and in another scene he has a vision of her making up cots in a homeless shelter. A man talks to a photo of his deceased wife in the kitchen.
► A young boy tells a woman that he has to go to the bathroom, but she says, "Hold it." A man walks into a dining room where a table is filled with Asian foods and says it smells like a bathroom in there. A mother forces her young son to try a bite of food and he runs out of the room, shouting. A man tries a bite of pie and spits it out.

SUBSTANCE USE - A doctor tells an athlete that he no longer needs pain medications and we later see the athlete swallow two pain tablets from a bottle that he takes from a shoe, a man runs out of pain medication and a friend brings him a baggie of tablets, and a man swallows three pain tablets while driving too fast and we hear that he had a car accident. A woman sips from a short glass of whiskey or from a tall highball glass in many scenes and she holds a glass of liquor in a few scenes, a woman drinks whiskey as she plays a piano at home and talks very loudly, a woman says that she once got drunk in a pub in Denmark, a man sips from a short glass of whiskey in a restaurant, a full bottle of wine is seen on an end table in a house, and a man purchases a six-pack of bottled beer at a store.

MESSAGE - Christmas is a time for reconciliation and new beginnings. 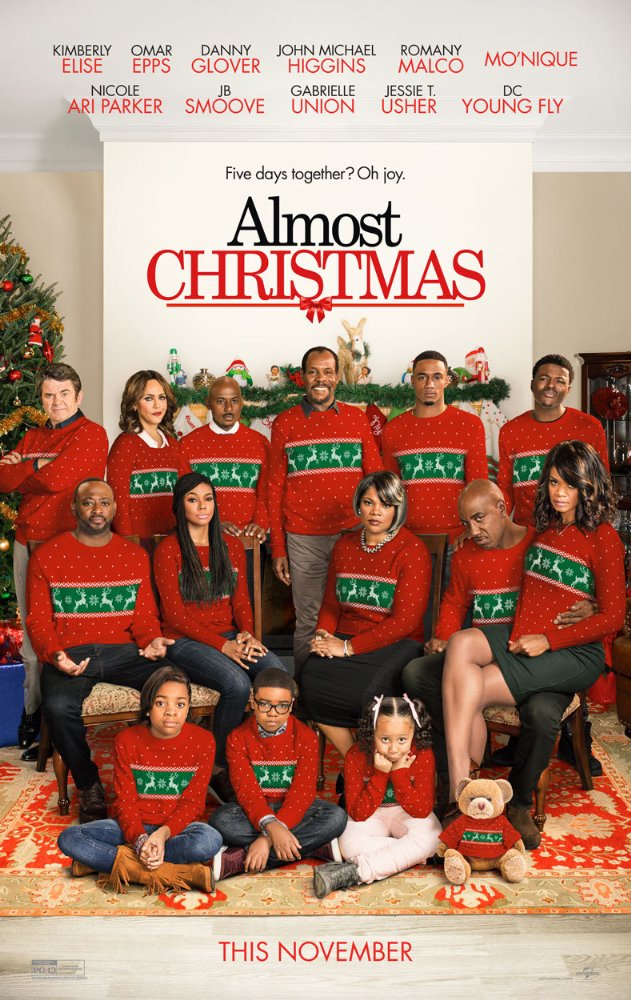