It's sometime in the future, and Earth is dominated by corporations. A mining ship returning to Earth responds to an SOS coming from a planet and some members of the crew go to the surface to investigate. But one of them comes back to the ship carrying an alien creature inside him, and soon the alien is loose and bent on making sure no one makes it back to Earth alive. With Sigourney Weaver, Tom Skerritt, John Hurt, Ian Holm and Harry Dean Stanton. Directed by Ridley Scott. [1:57]

SEX/NUDITY 3 - We see pictures of nude women on a wall (bare breasts and thighs). A woman undresses and we see her in panties (we see part of her bare buttocks cleavage) and a tank top. People in stasis are awakened and they are wearing underwear (we see the men in shorts with bare chests and legs).

VIOLENCE/GORE 8 - The alien has big metallic looking teeth and claws and looks very scary. A man coughs and convulses, vomits, falls back onto a table, we see his shirt throbbing, we see blood spurt on his shirt, then an alien creature pushes its way out of his abdomen (blood sprays on all the people around him), hisses and screams and scampers across the room. A man is grabbed and held by an alien (we see blood in the man's mouth and hear him scream) and one of its tentacles wraps around a woman behind him (we later see the man slumped over dead and a severed foot dangling nearby. A man looks up into a darkened area of a ship, an alien creature drops down behind him, the man turns to face it, it shoots a large set of teeth (we see blood on the man's face), and then the alien drags the man up into the ship. A man hits another man in the head with a fire extinguisher (white liquid trickles from his head), then hits him again and his head breaks off at the neck (we see wires inside, and realize he's actually an android), then while he's on the ground he bashes him repeatedly with the extinguisher until he spurts and sputters and twitches. A man turns around and is face-to-face with the alien, it screeches and lunges at him. A man grabs a woman, pulls out a clump of her hair, throws her against a wall a couple of times (her nose bleeds), then tries to shove a magazine down her throat. We see a wall covered with bodies encased in slime, one body speaks and begs a woman to kill him, she sprays flames on him (we don't see the person being sprayed). An alien slithers out of the wall of a ship and toward a woman, it screams and screeches, it is sucked out of a hatch into space, it grabs onto the hatch opening, it is shot with a harpoon, it goes out into space but is hung up by the cord attached to the harpoon, it drifts into the path of the rocket, it fires up and sprays the alien with flames. A man finds a field of what look like eggs, he goes near one, touches it, it opens, throbs and something shoots out of it and affixes itself to his helmet. We see a man with an alien creature attached to his space helmet, the helmet is cut of him and the creature remains on his face with a tentacle wrapped around his throat (it tightens its grip when others try to remove it). People search for an alien creature and it falls from the ceiling onto the head of one of them (it appears dead); the person screams and panics. A woman hits another woman in the face, they tussle and yell at each other. A woman shoves a man against a wall. An android (in pieces) drools goo and speaks with sputters and spurts. We see an X-ray of a man and a tentacle or tube down his throat. A man sprays flames over android parts (we see "skin" burning off). A man begins to cut a "finger" off an alien creature and it bleeds acid (molecular acid that eats through the ship). There are tense moments when a man goes off by himself looking for a cat in very dark areas, a man finds the shed skin of the alien, a man moves through air ducts with a flame thrower to face off the alien, and a woman comes face-to-face with an alien and runs in fear. A dead body is wrapped in canvas and sent out into space. People find what looks like a human skeleton and talk about him "looking like he exploded from the inside." A ship explodes sending off huge shock waves that shake a shuttle craft.

SUBSTANCE USE - People are shown smoking cigarettes and drinking ale. 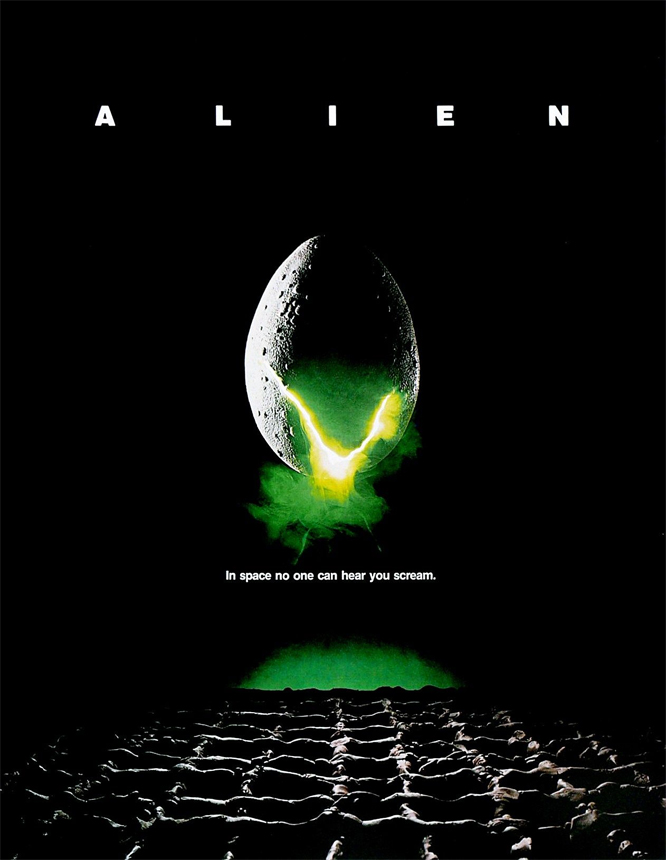