A widow (Blake Lively) in the 1930s suffers electrocution during a traffic accident and becomes immortal. Chased by suspicious investigators, she attempts to keep her immortality a secret, but decades into the future she begins a relationship with a man (Michiel Huisman) who is a relative of an old friend (Harrison Ford). The family starts asking questions. Also with Ellen Burstyn, Kathy Baker and Amanda Crew. Directed by Lee Toland Krieger. [1:50]

SEX/NUDITY 4 - A man tries to kiss a woman who turns away and his second attempt is successful; they lie on a couch, kissing and the screen goes black (sex is implied). A morning scene shows a man and a woman lying side by side under covers in bed (we see from the shoulder up and their shoulders and arms are bare) and we see their feet touch at the foot of the bed as she kisses him on the elbow and the scene ends.
► A man and a woman are shown in bed with her sitting in shadows (we see only her throat and arms and his bare side, back and one arm). A man stands in a room with a towel around his waist (we see his bare chest, arms and shoulders). A few women at a party wear short dresses that reveal bare arms, some cleavage and most of their bare legs to the upper thighs while other women wear long gowns that reveal some cleavage in low necklines and one dress reveals a partially bare back.
► A woman wearing a low-cut long slip reveals some cleavage as she sits in a bed with her boyfriend, who is clothed and he kisses her on the top of the head and says, "I love you"; she replies, "I don't know what to say." A woman kisses a man on the cheek.
► A woman in the backseat of a car asks another woman driving, "Did you do him yet (meaning her brother sitting in the front seat)?" and the woman driver replies, "Yes, 10 minutes ago, right where you're sitting." A woman sitting with two soldiers at a restaurant table tells one of them, "If you don't get your hand off my [anatomical term deleted]..." and the scene ends. A woman asks another woman what her resolution for the New Year is and the second woman says, "True love." A man walks up to a woman and asks if it is a tradition to kiss a stranger when one is alone at New Year's; the woman says no and walks away.
► We hear that a married woman had a baby girl. A man says that he was going to ask a woman to marry him, but she disappeared and in a flashback we see him sitting on a park bench alone, holding a ring box. A man thinks that his son's girlfriend is or closely resembles a woman he nearly married 50 years earlier and begins talking about his old flame; his wife becomes jealous and storms out of the room.


VIOLENCE/GORE 4 - A woman drives in a snowstorm on an unlit road at night and her windshield fogs up; she plows through a metal guardrail and into a river and passes out in the car from the cold as the snow continues (we see her floating, unmoving as a voiceover states that her body temperature reduced quickly to 87 degrees and her heart slows down and stops) and a bolt of lightning strikes the car and lights up the screen with flashes and thunder (later, we see this again in a flashback); the river lights up and the woman revives and swims to shore. A crying woman drives a car along a winding road at night pulls into a turnaround and as she pulls back onto the road, a large truck slams into her driver's side door, shattering the glass with a loud crack; we hear her moan and see the car slide through a guardrail and into a ditch as the truck stops and then drives away (we see the crushed car on its roof and the woman on her back several yards away in the darkness) and a friend drives to the spot and sees people looking over the edge, and then sees the wrecked car and the woman's body (we see blood on her forehead and cheeks, her bloody ripped hands and her bloody bare feet) as we hear a voiceover state that her body temperature reduced to 87 degrees and her heart stopped, so she is dead.
► A man and an EMT perform CPR and use defibrillator paddles on a woman at a car crash scene and we see the woman's face as she gasps and awakens; the camera cuts to a hospital and we see six men wheel her in fast on a gurney with her head in a brace and we see her later in a hospital room with electric wires attached to a sensor on her shoulder and a spot of blood on her hairline, but looks fine otherwise.
► Old footage of the Golden Gate Bridge shows a section collapsing and a voiceover states the several workmen were killed; we briefly see the closed casket of one of the men at a funeral.
► Two FBI men follow a woman on a sidewalk at night, arrest her and put her into a government car; at an airport, she escapes and runs home barefoot, packs her bags and leaves with her adult daughter.
► A woman punches her brother in the stomach and he groans. A man and a woman argue when she discovers that he found her address; she says she is moving and stalks away. An older man sees a scar on a woman's hand, runs to his backyard and breaks down the door to his own shed where he rummages through pictures until he finds one of the woman with a bandage wrapped around her hand; the man drives after the woman as she walks down a path and confronts her about her injury with the picture and she cries. A woman argues with a man and runs into a house, packs a bag and runs outside; she takes a friend's car and drives away as the man with whom she argues shouts for her to come back and the man and his son argue briefly.
► A woman returns home to find her dog lying on its side on the floor, and at the vet's office she hears that the dog is in renal failure and she cries as she says goodbye to the dog; she tells a friend later that her dog was put down and later cries over pictures of her dogs from the past.
► A woman walking in the woods tears her hand on a broken branch and cries out (we see a lot of blood on her hand and fingers); a male friend pours whiskey on it, she flinches and he stitches the hand up with thick thread and a large needle (we see the needle and thread drawn through the sides of the wound the final time to close it, with a little blood showing around dark stitches). A man catches his hand in an elevator door and shouts (he looks unharmed). A man grabs the door frame of a taxi as it begins to pull away and asks a woman inside for her address, which she denies him.
► We hear that an older woman fell and broke her hip and that a second old woman is blind; another older woman says that she is having trouble with stairs and wants to move to a retirement center.

MESSAGE - Honesty may allow you to live a full, happy life. 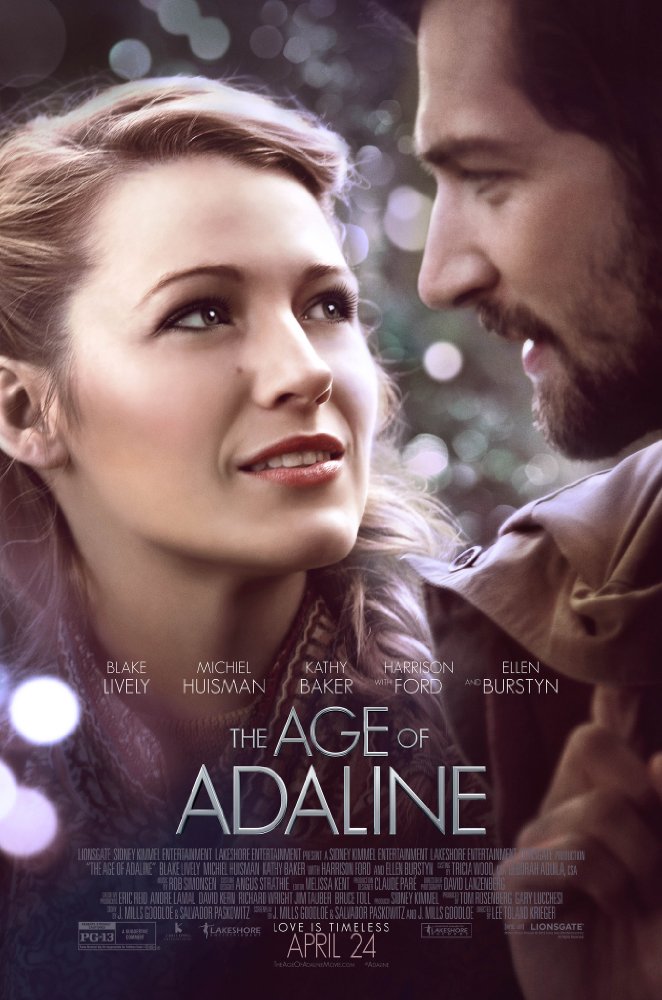