Frankie Muniz returns as teen secret agent Cody Banks: A rogue CIA agent, who was Cody's trainer at a CIA summer camp, has stolen a mind-control device and is now working for a British aristocrat who wants to control the world's leaders. Cody has to pretend he is a musical prodigy attending an elite London music academy in order to track the bad guys down. He's accompanied by a wisecracking handler (Anthony Anderson). Also with Hannah Spearritt, Cynthia Stevenson and Keith David. Directed by Kevin Allen. [1:40]

SEX/NUDITY 2 - A young man and a young woman kiss each other on the cheek. We see a young man's buttock cleavage when his pants slip down. A boy is seen bare-chested. A young woman wears a tank top in a few scenes, revealing some cleavage, a young woman wears a short skirt and has her legs up on a desk, and women wear low-cut evening gowns that reveal cleavage, bare shoulders and backs. A boy talks about a "hot chick."

VIOLENCE/GORE 4 - A man chases a young man through streets, the man shoots a bazooka that hits a car and causes it to explode and flips in the air a few times; they continue running through traffic, the man fires again causing something to explode in a construction site, a man on a moped crashes through a glass door, a man and a young man on a moped crash through a wooden door and onto the ground below, and a man fires the bazooka into large water jugs causing them to explode and dump their water on a man. A man and a young man fight with punches and kicks, the young man is thrown through an opening in a wall, swings from a chain and lowers himself to the ground, and the man takes aim at the young man with a bazooka. A young man climbs in an elevator shaft, an elevator car begins to move toward him, and he slips into a vent just as the car passes him. A man swings at a young man, kicks him, picks him up and squeezes him, holds him over his head with one hand on his neck, and the young man kicks the man in the face knocking a tooth out. A man hits a young woman in the face, and she kicks him repeatedly. A young man and a man punch another man in the face. A man grabs another man in the crotch and squeezes (we see the man wincing and hear his voice raise an octave). A young man kicks a man in the face, the man swings a club with points on it at the young man, they fight, spears are knocked down nearly hitting the young man, and they proceed to fight with spears and nunchucks (the man hits himself in the crotch). Then the man swings an elephant tusk at the young men (breaking many expensive items around the room), he pushes the tusk toward the young man's face, a sarcophagus closes on the man's fingers, he screams, and the young man punches the man in the face. A young man is elbowed in the face knocking him out, a small explosive is put in his mouth, and it explodes and the young man holds his head (he's fine). A helicopter is chained to a large totem, which it pulls out of the ground and drags across a field, nearly hitting a boy and tearing into a building. A stuffed toy (a Beanie Baby) attacks a man by jumping on his face (we see the man with a band-aid on his eyebrow later). Troops drop from helicopters into a camp at night and are attacked by young people: several are kicked, one is taped to a beam, and one has his shoe laces tied together and falls on the floor. A man probes in people's mouths with a dental tool in several scenes; a young man is shown in a dentist's chair with a metal clamp in his mouth and the man implants a small device in a tooth, and another man is shown with a metal clamp in his mouth and a man approaches his mouth with a drill. A man pulls a man's tooth. A young man demonstrates his martial arts skills on another young man, leaving him standing on his head with his suit jacket turned backwards. People are sprayed in the face with a knock-out drug in several scenes. During a training exercise a young man kicks another young man in the face, then kicks two others in the face. A young man scales the side of a building, then slips down a chimney suspended by a cable. A young man winces while wearing a sensitive listening device, when a woman sings and hits a high note. A man yells at a boy. People ride a boat through an amusement park ride where the theme is serial killers: we see a ghoulish-looking character and hear Jack the Ripper mentioned. A man demonstrates spy gadgets and weapons: we see explosive breath mints, and a pen shoots an arrow and causes a fire to start. A man throws a knife into the dirt. A man hits a man on the back of the head a few times, people kick and shove each other, a man puts ice down a woman's dress, and a man kicks another man and pushes him down. A young woman puts a mint in her mouth, a young man grabs her face, smacks her on the back of the head causing her to spit it out, and jumps over other people and furniture to throw the mint out of a window (he's trying to save her, thinking it's an explosive mint). A man puts beakers of urine (supposedly) on a counter, spills one onto a man's sandwich and the man then takes a bite unperturbed. A man stretches his neck several times (we hear bones popping). Young people train with sticks, martial arts, and practice disarming bombs. A man shoves a lobster into an alarm bell to keep it from ringing (we hear the lobster crunch). A young man throws food around a table leaving many people covered with beans. A man sips his tea and spits it out. A man spills and drops food in a kitchen ending up with some of the food on him.

SUBSTANCE USE - People are shown drinking alcohol and smoking cigars.

MESSAGE - Greed and aspirations of world domination never get you anywhere in spy movies. 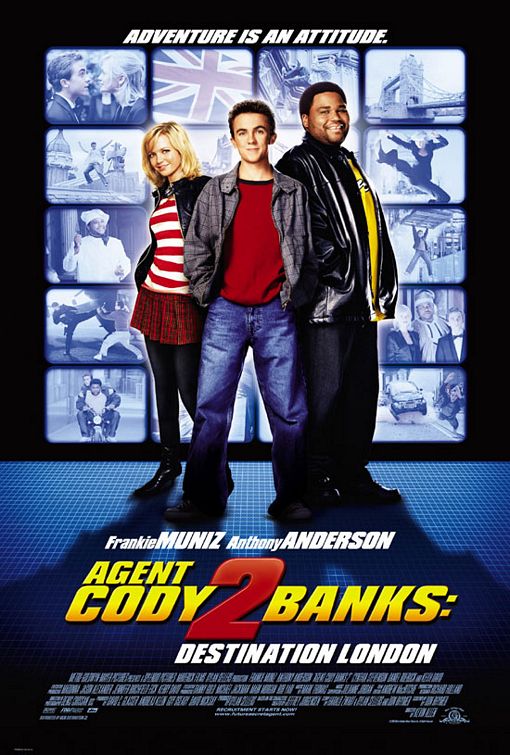