Why is “The Addams Family” rated PG? The MPAA rating has been assigned for “macabre and suggestive humor, and some action.” The Kids-In-Mind.com evaluation includes a few suggestive remarks and cleavage revealing outfits, many scenes of eccentric behavior by family members and magical occurrences with gross-out effects and several scenes of bullying by adults and children, and mild name-calling and insults. Read our parents’ guide below for details on sexual content, violence & strong language.” In a new look at the famous comic strip, the Addams Family moves to New Jersey, disturbing gossipy neighbors as their eccentric cousins arrive. A scheming TV real estate tycoon (voiced by Allison Janney) tries to force the Addams out of town, but Gomez (voiced by Oscar Isaac) and Morticia (voiced by Charlize Theron) lead their family in a counteraction with interesting results. Also with the voices of Chloe Grace Moritz, Finn Wolfhard, Nick Kroll, Bette Midler, and Snoop Dogg. Directed by Conrad Vernon & Greg Tiernan. [Running Time: 1:30]

– An elderly woman points to a man and says, “When you’re done with Fabio here, send him up to my room”; she giggles and goes upstairs (sexual interest is implied). A disembodied hand uses a laptop to look at several pictures of bare feet, up to the ankles; it slams it shut as someone approaches, suggesting it has a foot fetish. A woman speaks a French word to her husband, who says that French excites him; he then kisses a dead fish on the side. In a crowd scene, a preteen girl calls out her female teacher for putting underwear in the teacher’s freezer. A preteen girl calls out a woman for always sitting on a toilet backwards (we don’t see this).
► A woman wears a floor-length hobble-dress several times that reveals cleavage. A woman wears a scoop neckline outfit that reveals significant cleavage. We see a nude man twice from the waist, up; he sits in a bubbly bathtub and we see his torso and we later see him wearing a long towel that reveals his chest and his back (with the tattooed words “No Regerts”). A man cuts the belts off several men in an outdoor scene and their trousers fall to show boxer shorts. A man bends over and we see flowered underwear under his long coat.

The Addams Family SUBSTANCE USE

– A long-haired creature at a party holds a martini and a man holds a fancy dark-liquor cocktail decorated with garnishes, a man tosses his cocktail in the air and a lion catches it and swallows it (please see the Violence/Gore category for more details), an officiant at a wedding tells a couple to “put the lime in their coconuts” twice and it is unclear whether their drink is alcoholic or non-alcoholic, and a woman uncorks what she says is a wine keg and we hear many whining voices coming through the opening.

– People who are different, being yourself, corrupt real estate tycoons, reality TV stars, people who tweet lies to control and hurt others, surveilling people in their homes, people who follow a leader blindly, mob mentality, prejudice, fear, communicating with the dead, raising the dead, protecting one’s family, loyalty, friendship, understanding, helping others, determination.

– Be yourself. Our differences make us valuable and the world needs tolerance. 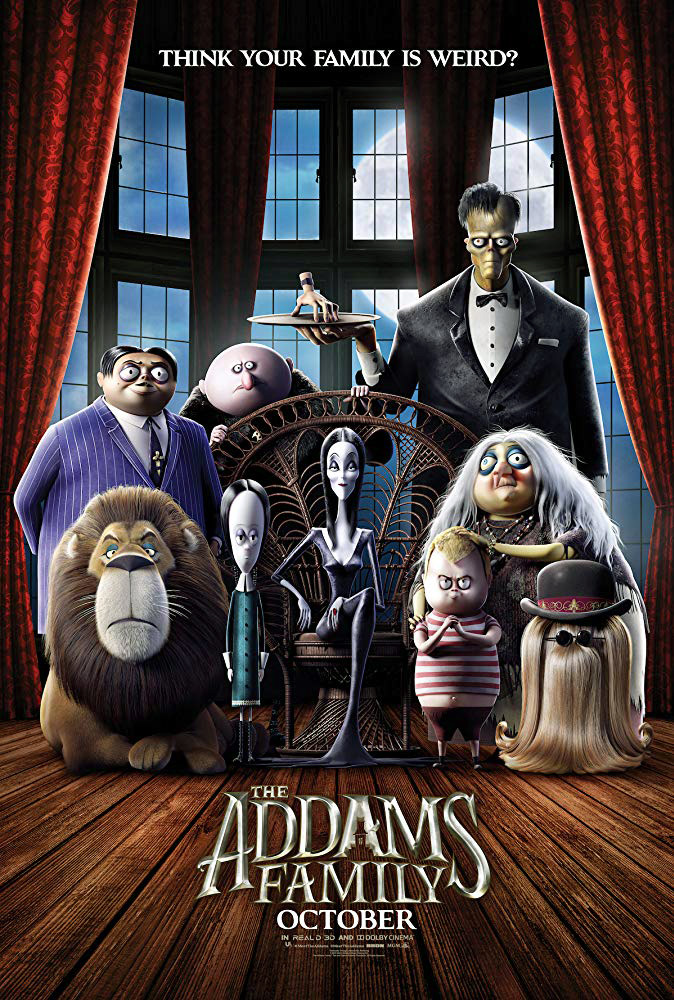