Matt Dillon directs and stars in this story of two men (Dillon and James Caan) who make their living by selling bogus disaster insurance policies. When the FBI starts investigating, breathing down his neck he sneaks to Thailand to try to find his partner. But when he finally tracks him down in Cambodia, he learns that he's onto a new scam to raise money for a casino, and is also being chased by a group of Russians who were involved in a previous swindle. Also with Natascha McElhone, Gérard Depardieu and Stellan Skarsgaard. [1:56]

SEX/NUDITY 4 - A man and a woman kiss, and we see them later in bed together: the man gets up bare-chested, the woman follows in a robe and they kiss again. A man and a woman kiss in a few other scenes. A group of young women sit behind a glass wall in a brothel, men look at them from the other side of the glass, the women then come out and talk to the men, snuggle and sit with them. A woman rubs a man's shoulders and whispers something in his ear (it appears that she is trying to seduce him but is stopped by another man). Women rub two men's shoulders and backs. There are references to a brothel. A woman's top reveals cleavage and bare shoulders and a man's shirt is partially unbuttoned and we see his bare chest.

VIOLENCE/GORE 7 - We watch a video of men being tortured: they have bags over their heads, one man is told to run through a field that contains mines and he is blown up (we see smoke and hear the explosion), another man is threatened with a gun, and another man's leg is shown missing his foot and covered with blood. We see inside a bag that contains a severed foot (a man reaches in the bag to get a note). Four men shoot at each other; three are hit, we see blood spurt, and two are dead; one is shot again and dies and another survives for a few more minutes. A man is shot three times, he falls to the floor with blood gushing from his mouth and dies. A man uncovers a dead man with a bloody face and leg (where his foot had been cut off). A woman lies dead in a bed while a man cries over her (she is tinged blue with her eyes open). A man is attacked in the dark outside a bar and we see him later dead with his throat slit and blood on his neck. A man is stabbed in the chest and he jerks, gasps and dies on the ground. A man slams another man's head against a rock wall repeatedly and throws him over a ridge (we see the man dead later tinged blue, with blood on his head). A man hits a man on the head with a flashlight, he falls unconscious, the other man pushes a gun against the back of his head and almost pulls the trigger. A man is grabbed by several men on a dark road, and is punched, kicked and hit with a stick (we see his bloody head and see him lying unconscious on the ground). A corpse is burned and we see the charred rib cage and spinal column. A man is slammed into a stone wall and falls unconscious (we see a trickle of blood on his head). A man shoves a gun against the back of another man's head. A man and a woman argue and fight over a bag; they shove each other, the man hits the woman in the face and slams her onto a table, another man intervenes, punches the man, shoves him to the ground and kicks him a few times. A man pulls a knife but is threatened by another man with a gun and leaves. A man shoves a man off a bar stool knocking him to the floor, the man holds a knife to his throat, and another man holds a gun to the back of the man's head to make him drop the knife. A dead man is put into a boat, shoved out into water, holes are shot in the boat and it sinks. A man is grabbed and hit on the back of the head. A woman with a bloody nose and face sits in a bathtub with her hands handcuffed behind her back. A man pushes and yells at another man. We hear about a murder. A man threatens to feed a monkey to his python (we see the python on the floor). There is news footage of a hurricane blowing through a town sending rubble and debris through the air and we hear reports of the devastation. We see a pig roasting on a spit. A man urinates in a urinal (we hear the trickle) and a woman watches as she combs her hair. A man urinates on a tree, he is swarmed by bats and he falls into a muddy puddle.

SUBSTANCE USE - People are shown drinking alcohol, smoking cigarettes, smoking what could be marijuana and taking pills.

MESSAGE - You reach a point in your life when you cannot change: you are who you will always be. 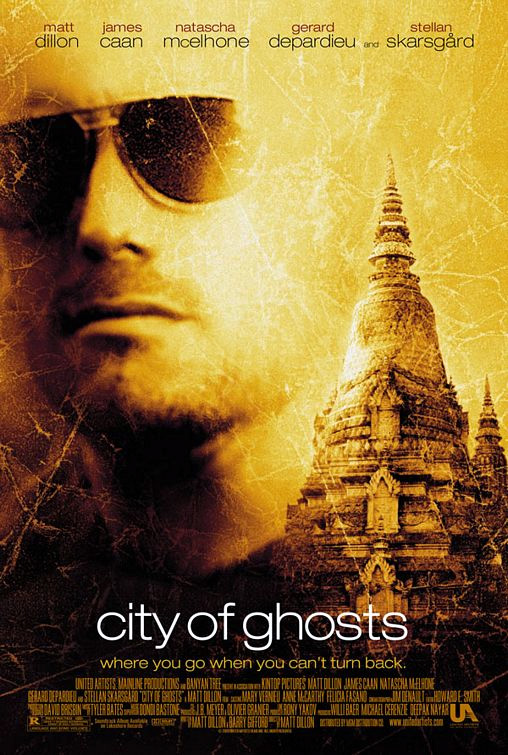