A trio of axe-wielding murderers wearing animal masks (L.C. Holt, Simon Barrett and Lane Hughes) invades a home during a family reunion. Surprised and horrified, the victims are trapped and incoherent, until a reunion guest proves to be a more skillful killer than the murderers. Also with Sharni Vinson, Nicholas Tucci, Wendy Glenn, AJ Bowen, Joe Swanberg, Barbara Crampton and Rob Moran. Directed by Adam Wingard. [1:34]

SEX/NUDITY 6 - We see two pairs of clothed legs and feet through a bedroom door and hear grunting as the legs move in a kind of thrusting motion; we then see an older man having sex with a younger woman, thrusting and grunting and when he stops and goes to take a shower she glares at him (he is seen wearing shorts only and she wears an open shirt that reveals full breasts and nipples) while pulling her panties up over her knees; scantily dressed, she walks around the house with her shirt unbuttoned and her breasts exposed.
► In a bloody bedroom, a man and a woman sit on a bed and she asks for sex while pulling off her sweater and revealing her bra that shows some cleavage; she says that she wants to have sex with the man, while in the bed with his dead mother (please see the Violence/Gore category for more details) and he becomes disgusted, refuses her and walks out.
► In a bedroom, a woman wearing only a bra and panties stands at a sink when her clothed husband unhooks her bra to reveal bare breasts and she re-hooks it, denying him sex.
► Women are shown wearing tank tops without bras and reveal bare shoulders and arms (no nipples are seen) while men wear T-shirts and long pants. A shower scene features an overweight man from the waist up and we see his bare chest, back, arms and shoulders; later in a partial side view, we see him sitting on a couch with only a towel over the thigh nearest the camera and in a later frontal view, the large towel is across his lap.
► A man and a woman kiss briefly. A man and a woman sleep together and reference living together while at a family reunion; another man and a woman are in similar circumstances.
► We hear that an older man left his wife for a young college co-ed. A man says to his brother, "Don't kiss my wife! Gross."

SUBSTANCE USE - We hear that a woman is on psychiatric medications, a man asks his wife, "Do you have any Vicodin?" and she replies that it is in her purse, a man pulls out some medication and swallows a pill, and a man takes a Vicodin tablet for pain caused by an arrow through his shoulder. A woman in a house pours a vodka and orange juice cocktail for herself and drinks part of it, a man later finds the cocktail on a table and takes a drink from it, a man brings a bottle of wine in a paper bag to a family party, a man drinks a bottle of beer at a family party, a man pours several glasses of wine for a dinner-party table and men and women drink from them, and a man tells his girlfriend that she can quit her bartending job. A woman smokes a cigarette outside a house.

MESSAGE - Be careful about meeting your fiancé's family. Some people have skill sets that can prove useful under extreme circumstances. 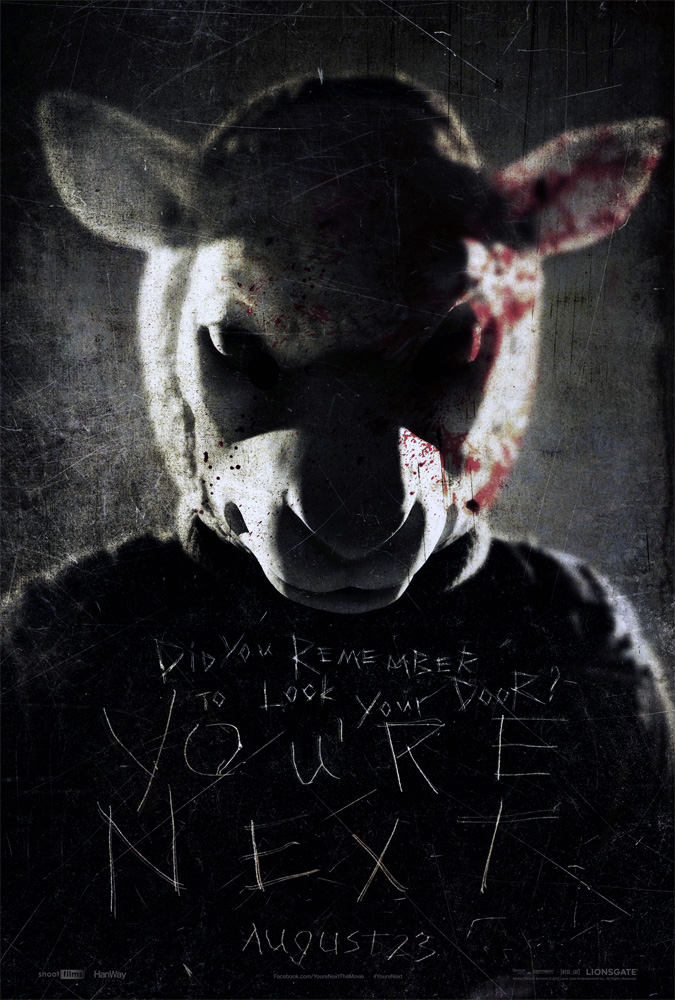