Animated feature taking place during WWII: Jiro Horikoshi has always dreamt of becoming a pilot but was unable to do so because of his nearsightedness. The next best thing was to design airplanes and he thus became one of the world's most influential airplane designers. English language version with the voices of Joseph Gordon-Levitt, Emily Blunt, Stanley Tucci and Martin Short; Japanese language version with the voices of Hideaki Anno, Miori Takimoto, Hidetoshi Nishijima, Masahiko Nishimura, Stephen Alpert, Morio Kazama, Keiko Takeshita, Mirai Shida, Jun Kunimura, Shinobu Otake and Mansai Nomura (in Japanese, French, Italian and German with English subtitles). Directed by Hayao Miyazaki. [2:06]

SEX/NUDITY 2 - A man and a young woman kiss. A husband and his wife kiss. A man rushes to the side of his fiancée who is convalescing in bed and they hug and kiss. A man and a woman rush toward each other on a train platform an the woman collapses in the man's arms (she is OK).
► A wife invites her husband to join her in bed and folds back the bed clothes (she is fully dressed); the husband turns off the light and the scene ends. A husband and his wife hold hands while he does drafting next to her in bed. A husband and his wife sleep next to each other (both are fully clothed).
► A man says that he cannot accept a man and a young woman who are unmarried living together. A man proposes to a young woman and she accepts. A young woman gazes at a man across at a restaurant and when their eyes meet they acknowledge each other. Men and women are shown dancing in a bar where a man plays the piano and sings.

VIOLENCE/GORE 4 - The ground heaves and lurches violently, buildings erupt and crumble, train tracks twist and people run in fear when an earthquake strikes, followed by a huge fire sweeping through a city; a train conductor calls out, "The boiler is going to blow" and people crowd off the train, a young woman injures her leg and a man carries her on his back, then ties a brace on her leg and the young man stumbles and falls to the ground while carrying the young woman but rights himself; we see huge plumes of smoke and flames move closer as several people gather books to keep them from being destroyed and others run in fear.
► A man runs from many other men carrying clubs and we see shadows and hear scuffling in the distance. Two German guards grab a Japanese man and yell at him; they argue for a moment and then stop. Three older boys bully a younger boy and one grabs him by the shirt; another boy intervenes and flips one of the bullies over his shoulder and onto the ground (one boy is shown with a scratch on his face). A man is told that special police are looking or him for "thought crimes" and he hides.
► Men yell at a man during a meeting. A young man's boss speaks to him in a harsh tone. A young girl yells at her older brother for not coming home sooner.
► A plane blows its engine and lands hard on an aircraft carrier; we see the two men in the plane splattered with engine oil, but unharmed. A plane does a power dive, then speeds upright before breaking apart (we see the pilot parachuting to safety). A plane takes off from an aircraft carrier and crashes into the ocean. A train speeds along tracks and we see a crowd of people scurry out of the way (we hear that they are trying to find work). An airplane flies close over a man's head and his hat blows off. A man climbs on a balcony railing to reach a paper airplane and the balcony breaks; the man nearly falls but catches himself. A young woman reaches over a balcony to catch a paper airplane and comes close to falling over the side; her hat is blown off and a man on the ground catches and runs into a large shrub (he is unharmed). We see planes being shot in the wings and they leak fuel and explode. We see piles of airplane pieces and rubble on the ground as a man walks through.
► A man reads a telegram that states that his fiancée has a lung hemorrhage and he imagines her coughing up a lot of blood onto a canvas that she had been painting. We see a young woman convalescing in a bed. A young man sees a young woman's house leveled by a fire. A boy and his younger sister lie on a tile roof and watch falling stars; the boy imagines planes flying overhead.
► A young boy walks across a tile roof, climbs into an airplane perched on the peak and starts the engine; the plane lifts off and flies across the countryside and under a bridge until a huge flying vessel hovers above him and many smaller vessels hang down from it, manned by black-clad beings and one drops off and crashes into the boy's plane; it breaks apart and we see the boy falling though the sky toward the ground (this is revealed to be a dream). In a dream, a man climbs down from a moving plane and drops to the ground from its front wheel, unharmed. In a dream, a man and a boy walk along a plane's wings and talk while it is flying. A young man imagines a huge plane taking off, but it breaks apart as it lifts off. A young man imagines a plane's wing breaking off and the plane crashing. A young man imagines jumping off a train and being lifted onto an airplane crowded with many other people. A man lies on the floor and imagines a plane breaking apart mid-flight (we see him standing in front of the rubble and broken pieces).
► An umbrella is pulled out of the ground and blows into a man who catches it and is pulled along before wrestling it closed and returning it to its owner. A young man's hat blows off while riding on a train and a girl catches it; she nearly falls off the train, but is caught by a young woman.
► A man imagines his dead wife speaking to him and then she floats away in the wind. A young woman sobs at the thought of another young woman being very ill. A young man tries to give cake to three young children in the street; the children appear frightened and run away.
► We see several people bundled up on the balcony of a sanitarium presumably being treated for different ailments. A young man pulls a fish bone from his mouth and remarks about its beauty.
► We hear that a woman died from tuberculosis and that a young woman has the same affliction. We hear that a young woman has a fever. We hear that there is no work for people in Japan and there are bank failures as we see people crowding outside a bank and pounding on the doors. A man tells a boy that planes "will bomb a city and many will not return." A man asks another man about a plane and "Who are they trying to bomb?" and the second man replies, "America, not that they could." We read the quote, "The wind is rising, we must try to live." A man says, "My brain is boiling." A man tells a young man, "This may be a dream, but you can still lose your head." 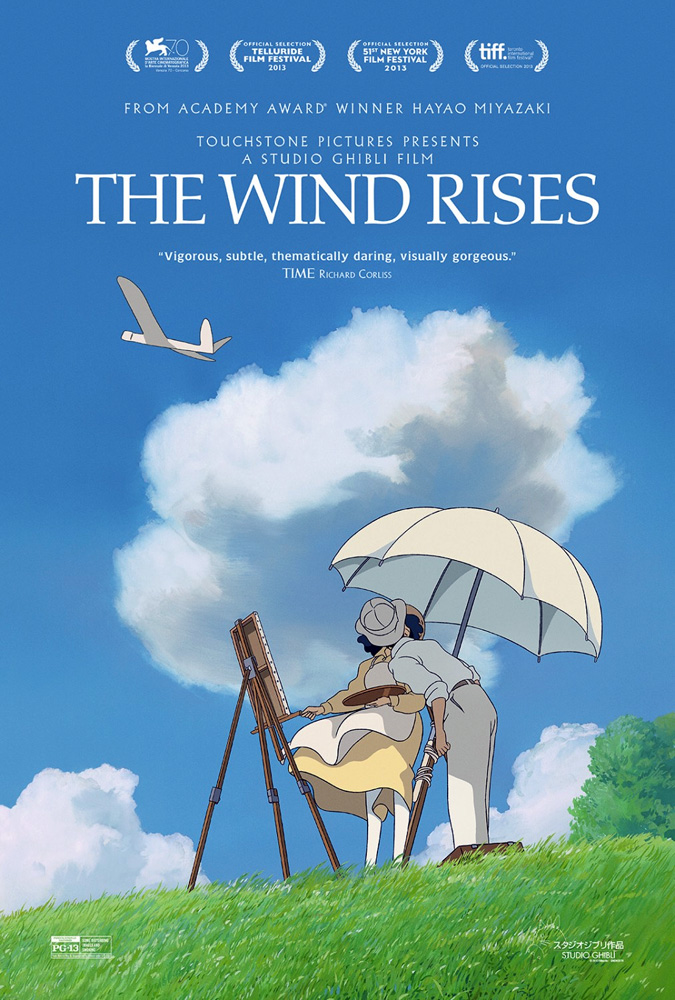