Why is “Why Did You Kill Me?” rated TV-MA? The TV Parental Guidelines Monitoring Board rating indicates that “this program is specifically designed to be viewed by adults and therefore may be unsuitable for children under 17.” The Kids-In-Mind.com evaluation includes online flirting and references to sex, several references to the murder of a young woman by a gang member and the attempts to solve the crime by infiltrating the gang, a house fire (there are no injuries), threats of violence, and about 4 F-words and other strong language. Read our parents’ guide below for details on sexual content, violence & strong language. Documentary about the Riverside, California murder of Chrystal Theobald and the efforts by her mother (Belinda Lane) and her family to solve the crime by using a fake MySpace profile developed by a 14-year-old niece (Jaimie McIntyre), and created to lure suspects from a large violent gang. Features Rick Wheeler, William “Jokes” Sotelo, Manuel and William-David Lemus and Julio Hereda. Directed by Fredrick Munk. Several lines of dialogue are spoken in Spanish with English subtitles. [Running Time: 1:23]

Why Did You Kill Me? SEX/NUDITY 3

– A 14-year-old girl represents herself online as her adult cousin, whose fake profile as a 17-year-old states, “I will be your biggest mistake. I will be your deepest darkest secret”; she posts on the website every day and says that her dead cousin told her, “Make the boys come to you,” and she befriends dozens of young men in their teens and early 20s, some of whom want to meet in person and one who says, “I love you.” A teen girl refers to her false identity as a “booty call” and says that she was afraid to meet any of the men she encountered online. A young man states on his MySpace profile that he watches pornography, enjoys marijuana, and is in the gang “5150” and is down to kill.
► A man says his girlfriend is four months pregnant.
► A photo of a woman wearing a wedding dress shows cleavage and her bare shoulders in a strapless gown. A photo of a man shows him shirtless, with tattoo designs across his chest and arms.

Why Did You Kill Me? VIOLENCE/GORE 5


Why Did You Kill Me? LANGUAGE 5

– About 4 F-words and its derivatives, 11 scatological terms, 3 anatomical terms, 6 mild obscenities, name-calling (crazy, insane, psycho, murderers, killers, a tease), 7 religious exclamations (e.g. Oh My God, Where Is The Loving God?, Thank You Jesus, Thank You God, there but for the grace of God go I, God’s thoughts are not man’s thoughts). | profanity glossary |

Why Did You Kill Me? SUBSTANCE USE

– We hear that a woman served prison time for methamphetamine use and trafficking and that street gangs sold illegal drugs and lured 13- and-14-year-old boys into the gangs with beer and marijuana, a woman calls meth “mother’s little helper” that aided her in working two jobs and raising four kids and “devil dope” (we do not see any drug or alcohol use). Two photos show a woman smoking a cigarette and one photo shows a woman holding an unlit cigarette.

Why Did You Kill Me? DISCUSSION TOPICS

Why Did You Kill Me? MESSAGE

– Riverside, California is a hotbed of violent gangs, substance abuse and trafficking, and murders. Vigilantism can go awry. 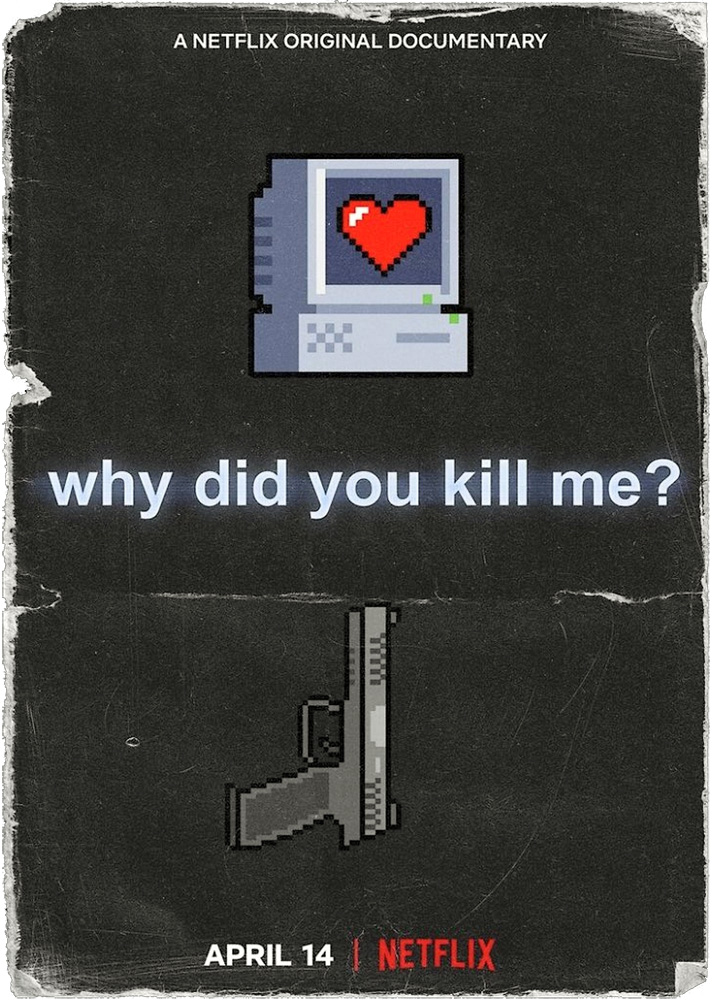