A woman (Anna Faris) breaks up with her boyfriend and loses her job on the same day. When she reads an article on how many sex partners is acceptable for women to have before settling down, she realizes that she is very near the cutoff and decides to revisit the men she's slept with to see if any of them are suitable as lifelong partners. Also with Chris Evans, Ari Graynor, Blythe Danner, Ed Begley Jr., Oliver Jackson Cohen and Heather Burns. Directed by Mark Mylod. [1:46]

SEX/NUDITY 7 - A bare-chested man thrusts on top of a clothed woman during sex in a flashback sequence. A young man thrusts on top of a young woman, he moans and a hand puppet appears to be watching them in a flashback sequence.
► An animated penis and scrotum wiggles on a computer screen while singing. In a few scenes A man opens his apartment door fully nude and holding a towel over his crotch (his bare chest, abdomen, legs and the side of his bare buttocks are seen). When a woman steps out of the shower we see her bare buttocks from the side; her arms cover her bare breasts. A woman lifts her long dress up and her bare buttocks are visible through the sheer underskirt. A woman is shown wearing panties from the back and when she removes her bra we see her bare back and legs. A woman wears an extremely tight and low-cut dress that reveals a great deal of cleavage. A man sits on a sofa next to a woman and the man appears nude; his bare chest and legs are visible, with a guitar covering his crotch although we see him later wearing boxers shorts. Women wear low-cut dresses and tops that reveal cleavage, bare shoulders and backs in numerous scenes. A woman's tight-fitting dress laces up the side and we see bare flesh through the laces. A man and a woman take off their underwear and jump into a harbor (we see their bare backs, legs, buttocks and sides in silhouette as they jump in the water. A man and a woman play "strip horse" on a basketball court and we see the two of them removing one article of clothing at a time until the man is down to his boxer briefs and the woman to her bra and panties.
► A man unbuttons a woman's shirt, they kiss, the unfastens his pants, he lays her back onto a bed, they kiss and she stops him from going any farther; he asks if he can "put it in a little" and the scene ends with them waking up together (they do not have sex). A man and a woman lie in bed kissing (they are clothed and sex is implied).
► A woman wakes up in bed with a man (sex is implied); she is wearing a camisole and panties, her cleavage and bare legs are visible and he is bare-chested. A woman wakes up in bed, covered by a sheet, a man's hand flops over her covered breast, we see the man's bare buttocks and legs, she pulls on a top (her bare back and a glimpse of the side of her breast are seen) and gets out of bed (sex is implied). A man kisses a woman, lifts her off the floor and presses her against a wall. A man and a woman kiss in a few scenes.
► It is implied that a man has sex with numerous different women almost every night and that he does not have relationships with any of them. A man recognizes a woman only when he performs a gynecological exam on her and looks at her genitals.
► A man leaves a telephone message that describes a sexual encounter he had with a woman. A man tells a woman, "I'm gay and I want you to be my beard," after asking her to marry him. Women discuss mutual oral sex between two partners. Women discuss sex and whether it counts if the man does not penetrate fully. A woman tells another woman, "Be careful, he can be rough on the nipples," referring to a man that she had slept with before. A woman talks about a magazine teaching her how to reach orgasm. A woman describes the sex with a particular man as "amazing." A woman evaluates her abilities with oral sex and manual stimulation. A man talks about having "It's good to see you sex." Song lyrics include "Have my wicked way with you." A woman talks about how sisters "teach each other things like how to kiss." A woman makes a list of how many sexual partners she has had in her life. A woman implies that she had sex with her "step cousin." There are several conversations about how many sex partners are acceptable for women to have and whether if one has more than a certain number it is more difficult to find a life partner. Several magazine articles are displayed on the screen with the opening credits and the subject matter is about sex and references are made to "kinky sex," etc. A woman talks about needing a pap smear. A woman asks, "What rhymes with orgy?" A man's T-shirt reads "Free Licks" (a suggestive guitar reference). A woman describes a man as "dangerously sexy." A woman says that a man had "manboobs." Four young children repeat the F-word after they hear a woman say it and then sing a song incorporating a form of the F-word as they skip through a wedding reception.

VIOLENCE/GORE 2 - A woman toasts using a bottle of champagne and breaks the glass of the man with whom she toasts. A woman's hair extensions catch on fire in a restaurant, and she pulls them off and throws them into a fountain.
► A man is shown sniffing his fingertips in a few scenes; once it's after he puts his hand down the front of his pants. A woman talks about having to "wipe myself with a leaf." A man says that a woman vomited in his suitcase. A woman says, "I'm gonna throw up" a few times (she does not vomit).

MESSAGE - Finding the right partner is a complicated task and there are no definitive methods for doing so; the right one is the one that let's you be yourself. 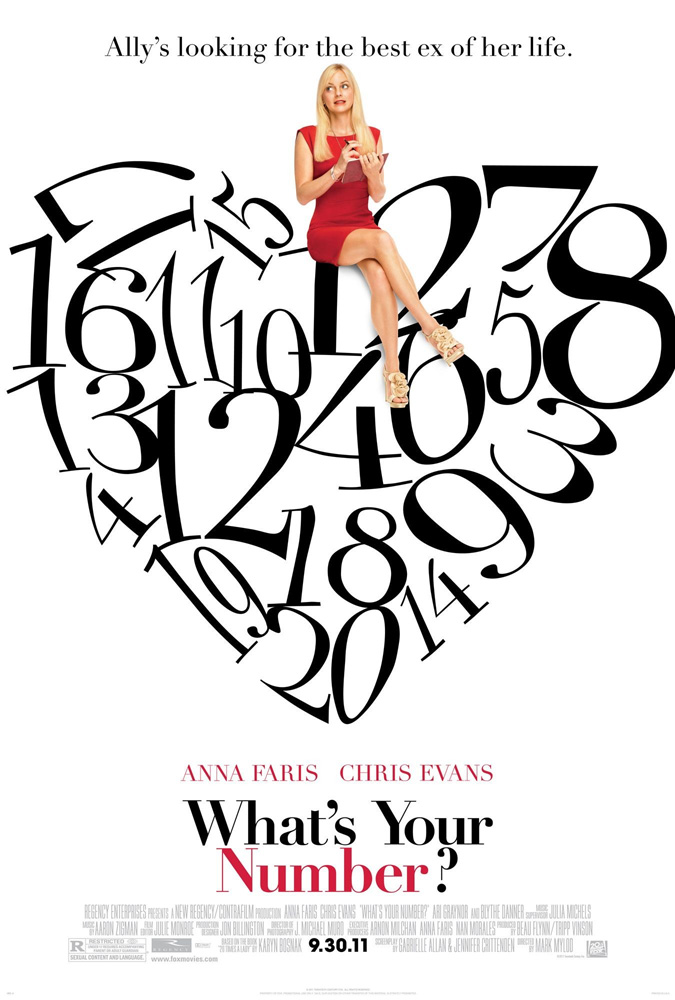