Joaquin Phoenix stars as a man who's related to a long line of distinguished New York cops but wants nothing to do with law enforcement, and instead manages a very successful Brooklyn nightclub owned by the Russian mob. Unbeknownst to him, the gangsters manufacture and deal drugs through the club and when he is asked by his police captain father (Robert Duvall) and his brother (Mark Wahlberg), who is the head of the police task force, to help them find evidence, he's forced to take sides. Also with Eva Mendes and Alex Veadov. Directed by James Gray. [1:57]

SEX/NUDITY 7 - A woman wearing a skimpy outfit (cleavage and bare thighs are visible) lies on a sofa, she touches herself between the legs, moans and writhes, a man then touches and kisses her, he slips her top down to reveal her bare breast, which he kisses, and he slips his hand into her panties while she continues to moan (they are interrupted and the scene ends).
► Two women wearing only short skirts (their bare breasts are visible) dance and people watch (please see the Violence/Gore category for more details). A woman wearing a low-cut sweater that reveals cleavage sits on a man's lap. Women wear low-cut tops and dresses that reveal cleavage, bare backs and shoulders in many scenes.
► A man and a woman kiss in several scenes. A clothed man and woman lie in a bed kissing and talking about having lots of kids together.
► A man caresses a woman's foot.

VIOLENCE/GORE 7 - A man cuts his own throat: we see blood spurting and pouring on the floor as he twitches and dies. A man's throat is slit (we see blood pouring from the wound as he falls to the floor), and he is shot in the head (blood splatters).
► A man is shot in the face and falls to the ground (we see blood splatter and pool on the ground under him); his car is then set on fire and we see him in the hospital later with bloody bandages on his head.
► A man pulls apart another man's cigarette lighter and finds a wire, he becomes enraged, police officers with guns break in, and several people are shot (we see them falling to the ground).
► A man runs through a field and into tall grass, the grass is set on fire to smoke him out, another man goes into the burning grass, he finds the man cowering on the ground and shoots him in the chest (we see blood on his chest and in his mouth).
► A man flicks a lit cigarette at another man's head, then knees him in the stomach, holds him on the ground punching him repeatedly, and presses his thumbs into his eyes (there's no gouging). Two topless women dance on a bar in a nightclub, two men try to reach them and others pull them back and punch them (one ends up with a bloody nose).
► Police and drug dealers open fire on each other: one police officer is shot in the head (blood splatters), many other people are shot, and other people scatter out of the building, which is set on fire.
► A man is shot while driving a car, the car speeds ahead and crashes into another car that swerves to miss a truck, it crashes under the truck and the roof is peeled back. A man in a car is shot, he slumps over and swerves losing control of the car, he slams into another car and they stop (the wounded man climbs out of the car and is bloody from the gunshot).
► We see a man in an ambulance with a bloody face. A wounded man dies and we see the funeral.
► Police raid a night club, many people are pushed around and arrested, we see them forcing what looks like coal into a man's mouth and he ends up with black sludge on his face (apparently a chemical reaction to his having ingested a drug).
► Two men argue, one pushes the other onto a sofa and other men pull them apart while they yell at each other. A man and a woman argue and she slaps him in the face. Police officers shove a man against a wall.
► We see morgue photos of a dead body partially covered with a sheet (they are black and white and of a man whose skin looks grey and his eyes are open).
► A man talks about finding a man's head on a street, with his severed genitals in his mouth (nothing is shown). A man threatens to harm another man's mother if he talks to the police. A man threatens to kill a man's girlfriend. A man talks about "busting heads." A man collapses when he is told that his son has been shot. We hear that a police officer was murdered. We hear that a man uses his young grandchildren to carry drugs in order to avoid suspicion.
► A man puts a bag over another man's head so he will not be able to see where he is being taken. A man vomits and collapses after a violent encounter. We see a man whose back is completely covered with tattoos.

SUBSTANCE USE - People are shown drinking alcohol, smoking cigarettes and snorting cocaine in many nightclub scenes, a man snorts cocaine, a man snorts cocaine and smokes a cigar, a man and a woman smoke marijuana, a man unloads a pouch that is filled with a variety of drugs, we see a drug in a spoon while it is being tested, and several people are shown cutting cocaine at a table and preparing it for sale. People are shown smoking tobacco and drinking alcohol in several scenes, and people drink alcohol at a dinner. A woman smokes a cigarette. We hear about the development of a "drug task force."

MESSAGE - The bonds of family are unbreakable. 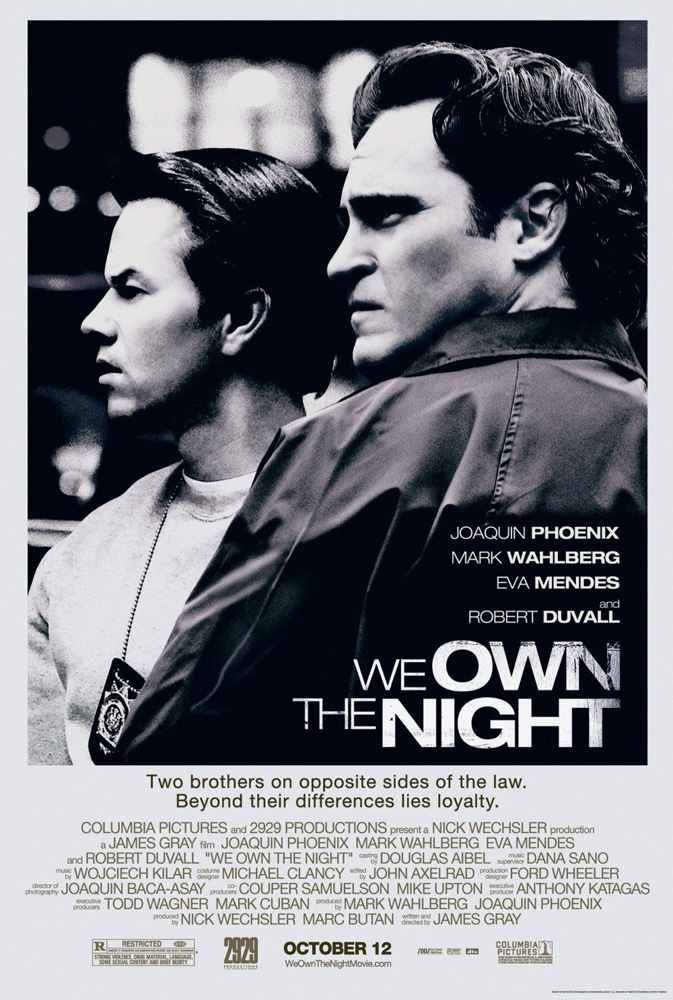