Why is “Welcome to Marwen” rated PG-13? The MPAA rating has been assigned for “sequences of fantasy violence, some disturbing images, brief suggestive content, thematic material and language.” The Kids-In-Mind.com evaluation includes an implied sex scene in a movie on TV, some doll nudity and a few kisses, flashbacks to a violent beating that put a man in a coma and we see photos of his badly bruised face and head, several war sequences with aerial battles and gun battles that leave dolls dead with spots of red paint as blood, and some obscene language. Read our parents’ guide below for details on sexual content, violence & strong language.”

Based on a true story: an artist (Steve Carell) is violently beaten and emerges from a coma with severe brain damage and few memories of his life. Unable to afford therapy, he designs a detailed WWII European village with doll characters and takes photographs of various scenes, as his own brand of therapy, and is finally noticed by the art world. Also with Leslie Mann, Diane Kruger, Merritt Wever, Janelle Monáe, Eiza González, Gwendoline Christie, Leslie Zemeckis and Neil Jackson. Several lines of dialogue are spoken in German with English subtitles and a few are not translated. A few words of Russian are not translated. Directed by Robert Zemeckis. [Running Time: 1:56]

– A sequence from an apparently pornographic film called “Wicked Maids” plays on a TV: In the middle distance a woman appears wearing a bra and a thong (we see her back and buttocks) and in the foreground a woman shown from the waist up bends forward (her breasts are barely covered by a loose-fitting bra) as a man enters the room and calls out, “Bring your French [anatomical term deleted] here, ” and “I’ve got something for you,” and he’s apparently lowering his trousers as the sequence ends (we see him from the waist up). A woman looks at a man’s sketchbook and finds a realistic drawing of a woman, nude from the waist up and revealing bare breasts and nipples; she looks shocked and embarrassed, closes the book and gives it back to the man, who does not react. We see a painting of a pin-up girl on a man’s jacket back, wearing a crop top that reveals cleavage and short shorts.
► Many scenes feature five or six dolls wearing skimpy clothing: miniskirts, a long slit skirt, short-shorts, tight jeans, off-the-shoulder blouses and a crop-top that reveals cleavage and bare abdomen. One scene features five dolls wearing negligees that reveal buttocks and cleavage. The blouse of one of the dolls is ripped open revealing breasts without nipples. A male doll is shirtless once but no body details are visible. A box of “dead” dolls features a nude female doll from the waist up.
► Several scenes of dolls and action figures depict a male and a female kissing and hugging. A doll lies on top of a male doll, tries to kiss him, is rejected, and then the couple kisses for a few seconds. A doll walks across a room with an exaggerated hip wiggle. A doll announces in one scene that she is the Virgin of Marwen and later caresses a human man’s face.
► A human male tells a friend that a male doll is in love with a female doll. A man shows a woman photos of two dolls that represent him and her in a marriage proposal sequence in which the female doll says, “Yes.” In another sequence, a different woman asks the man to come to dinner at her home several times but he always refuses. A man smiles at a neighbor woman several times and looks a little embarrassed.
► A man asks a woman to marry him and she apologizes, saying they are good friends but she does not feel romantically inclined toward him; he looks shocked and sad. A man owns nearly 300 pairs of women’s high heels and wears a few pairs in a half dozen scenes; he says that when he came home with amnesia after an attack, he asked if he had a girlfriend and a friend had told him that the shoes were his. A man asks another man if he is “queer” and wears women’s clothing; the man answers, “Only the shoes and the higher the heel, the better.” A woman asks a man if he has a shoe fetish and the man says he does not, but wearing the high heels makes him feel connected to the essence of women. A man places stiletto shoes on a male doll and an action scene shows the doll dancing in the shoes with female dolls, as all the dolls gyrate.

Welcome to Marwen SUBSTANCE USE

- A man has two large prescription pill bottles and his nurse tells him never to take more than two pills a day, a capsule is laid out on a man's nightstand for him to take in the morning and he dreams that a witch doll pours out two more capsules (he is startled awake and the extra medication disappears), a man takes two capsules but we do not see him swallow them, a man pours a whole bottle of capsules into one of his hands (he does not swallow any), and a man throws many capsules down a garbage disposal. A man sits at the bar while holding a beer bottle, a woman gives a man a bottle of wine at home and he says he does not drink but that he used to drink too much, a man says that he doesn't drink and used to drink too much in a court scene, a man in a flashback drinks a short glass of whiskey in a bar and begins to slur his words, a miniature bar scene features three mugs of beer on a counter with a glass of wine as well as a beer bottle and a shot of vodka, and dolls raise glasses in a toast but do not drink. Many scenes feature a man with a cigarette hanging out of his mouth with an inch of ash on the end and he does not seem to puff on the cigarette, two scenes show a cigarette burning in an ashtray, one scene shows cigarette smoke wafting up into the shot from below the frame, and one scene features an ashtray filled with cigarette butts.

- Traumatic brain injury can be triumphed over with art as therapy. 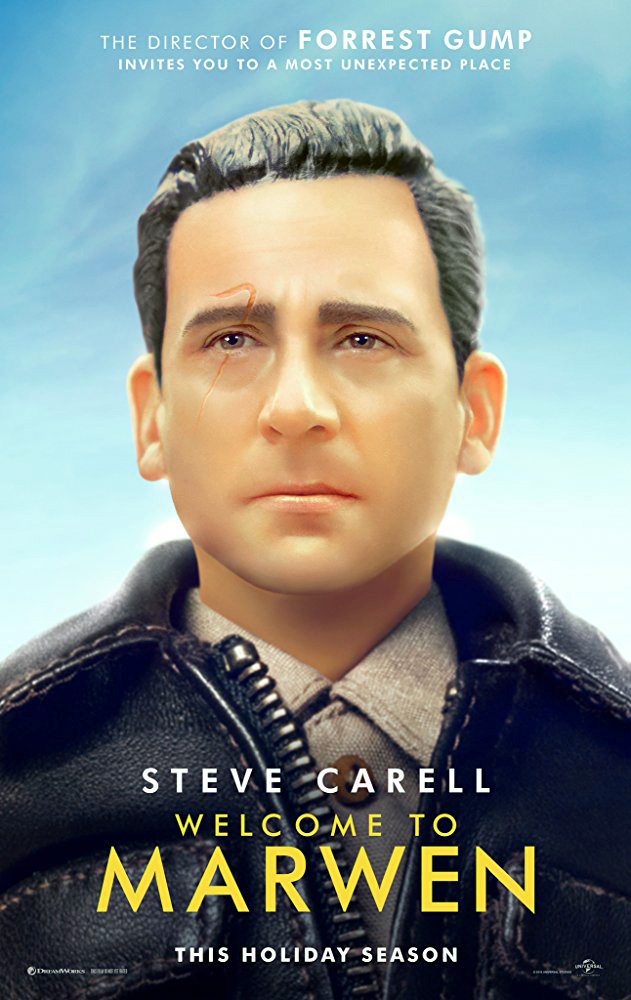