When a single mom (Toni Collette) takes her teenage son (Liam James) with her to her boyfriend's summer home, he struggles to find his place. After making friends with the manager (Sam Rockwell) of the local water park he is closer to finding his way. Also with Steve Carell, Allison Janney, AnnaSophia Robb, Maya Rudolph, Rob Corddry, Amanda Peet and Nat Faxon. Directed by Nat Faxon. [1:43]

SEX/NUDITY 5 - A woman rubs her body suggestively against a man's, they kiss and the woman continues to kiss the man's chest and neck while a teen boy watches, unseen; the man pulls away and it is implied that the man's girlfriend (not the kissing woman) has an inclination that the two had been kissing. A man passionately kisses a woman and he makes a vaguely sexual remark to get the woman's teenage son to leave the room. A woman and a man kiss. A man kisses a woman on the cheek. A teen girl kisses a teen boy while another teen girl watches in shock. A man kisses a woman on the forehead.
► We see a woman dancing in front of a man suggestively; she then begins dancing suggestively with a teen boy and the boy's mother begins to dance with him as well; two men (one of the women's boyfriends and the other woman's husband) make remarks about the two women dancing with the teen boy.
► We see a man wearing what appears to be a robe (we only see long-shots and shoulder-up shots, but it is implied that he is nude under his robe) and when he lifts his leg, a woman makes a crude joking remark about the man's genitals being visible. A teen boy's swimming trunks fall off in the water (no nudity is visible) and a man jokes that the boy had gotten too excited and lost his trunks. Throughout the movie we see men and women, teenagers and children at the beach and a water park; we see men wearing swimming trunks with their bare backs and chests visible and women wearing bikini-style bathing suits.
► A man leans his head lovingly on a woman's shoulder. A teen boy leans in to kiss a teen girl and she pulls away.
► A woman offhandedly tells a woman, man and their teenage daughter and teenage son, that her niece had been raped. A man grabs a woman's buttocks in front of another woman after making a sly sexual remark, and another woman listening makes a remark to the other woman that she would "be on her back" if the man had made a similar sexual remark to her. A woman tells two women and a man the pick-up line used by her boyfriend; one of the women acts annoyed and the other makes a crude sexual remark about how she would perform oral sex on the man if he had told her something similar. A man jokes over a loud speaker that he had injured himself "making out" with a man's mother and the man retorts that he did not have a mother, but two fathers. A man jokes with a teen boy, in front of a woman, about whether the woman gets the teen boy sexually excited and the boy makes a joking response that the woman turns him on sexually. A woman jokes to a teen boy's mother that the woman brought "a man" for her, meaning the teen boy. A man jokes with a teen boy, asking if the boy "gets laid." A boy rubs two plastic figurines against one another, a teen boy tells the boy that the figurines are brother and sister and the boy responds that he does not care, they are "hooking up." A man stares blatantly at a young woman's buttocks (she is wearing a bikini) and instructs a teen boy to do the same as another man looks on; we later see the boy staring at a teen girl's buttocks as she stands in line, wearing a bikini. A woman tells a teen girl that she had a similar bikini that "got her pregnant" and the teen girl makes a crude remark. A woman tells another woman that her former husband has identified himself as gay and we hear the woman making a series of jokes about her former husband's sexuality. A teen girl makes a joke to a teen boy, saying that her mother would have made a joke about her father's sexuality. A teen girl makes a snide remark to a teen boy whom she believes is staring at her. A man jokingly tells a boy that the boy must keep his hands in his pockets at a party because he "looks shady." A man tells a teen boy that on a scale of 1-10, he considers the teen boy a 3. A man makes a series of rapid sarcastic jokes to a teen boy, including identifying three boys as his "illegitimate sons" and saying that a person had become a drug dealer involved with prostitutes, and then says that the man himself had become a prostitute; the man shares the story on a young boy standing in a line, jokingly implying the young boy had a history with prostitutes. A man warns a teen boy that his genitals could "hang out" when wearing swimming trunks and makes a reference as though it had happened to him frequently. A woman crudely, half-jokingly tells a man that she would like to get tan on her breasts.

VIOLENCE/GORE 2 - A teen boy shouts at his mother, saying that her boyfriend was having an affair; the man is obviously upset by the teen boy saying this and raises his voice; the boy shoves the man and the man is about to strike the teen boy until another man grabs his arms and holds the man back; the boy storms away. A man stands in between a man and a teen boy as the man tries to grab the teen boy.
► A woman and her teenage son shout at one another. A woman shouts at a man, warning him that he could have put three boys in serious danger. A teen boy shouts at a teen girl. A woman whisper-shouts at a man, then throws down a plate and storms away. A man shouts at a woman as she climbs over a series of seats in a station wagon and sits down in the back seat. A man jokingly shouts at a teen boy.
► A man jokingly tells a teen boy that in the worse case scenario of a group of teenagers not listening to him is that they could "beat him" and leave him "horribly disfigured." A woman dramatically jokes that she would have "killed herself" if she had to continue drinking alone. A woman makes a joke about not caring about cancer and that she would rather be tan. A man jokes with a teen boy about blowing up a water park with a nuclear weapon before allowing it to be updated. A man jokes with a teen boy that he considers himself a "clown killer." A woman jokingly tells a woman that she does not "want her first born to set himself on fire."
► A group of men and women and a teen boy spray a man with water guns; the man shrieks but is unharmed. Three boys are seen crammed inside a large tube-slide tube; they struggle to get out and we see a large teen boy go into the tube and all four pour out of the tube, unharmed. A teen boy stumbles backwards and falls to the ground with a thud (he is unharmed).
► We hear multiple people refer to a child throwing up on a water park ride (we do not see the vomit). A man tells a teen boy that he is hiring the teen boy to "clean up vomit." A man turns down continuing to eat his soup after another man tries it, saying the man has a "dirty mouth."

SUBSTANCE USE - A woman offhandedly mentions that her older son "deals drugs," we see a young man holding a baggie of what appears to be marijuana and a group of men and women follow him (it is implied that they go to smoke marijuana; we do not see them smoking, but later see them acting intoxicated), and a teen girl tells a group of teenagers that she would "do drugs" with her children when they are older. Throughout the movie we see men and women drinking beer and wine, we see people mixing cocktails throughout the movie, two women tell different stories about blacking out from drinking too much alcohol, a teen girl is seen grabbing bottles and cans of beer as her father watches, a boy tries to grab a beer from a cooler and a man warns him not to take the beer, a woman appears to be drinking and is drunk throughout the movie, including stumbling drunkenly, and a teen girl tells other teen girls that her father allows her to drink whenever she wants and would allow her friends to "party." A man smokes a cigar on one occasion.

MESSAGE - Finding yourself can be difficult, especially without familial support. 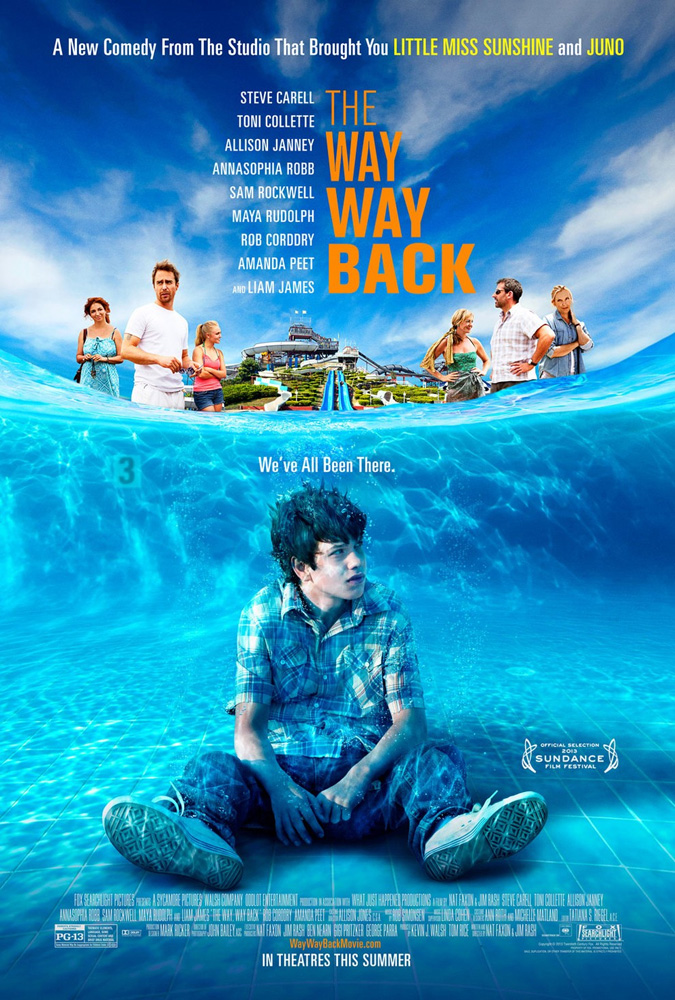