A divorced mom (Kathryn Hahn) sends her teen son (Ed Oxenbould) and teen daughter (Olivia De Jonge) to spend a week with their estranged grandparents (Deanna Dunagan and Peter McRobbie) at their Pennsylvania farm. While visiting, the kids have the fright of their lives as they witness the strange activities of their grandparents. Directed by M. Night Shyamalan. [1:34]

SEX/NUDITY 4 - A teen girl records a teen boy as he poses in front of his mirror, showing his chest, while he is saying he is candy for the ladies. An elderly woman wearing a long skirt turns and walks away and we see a buttock up to the waist through a long tear in the material. A teen boy hears gurgling and banging, opens his bedroom door and we see an elderly woman standing across the hall in full back nudity, scratching at a doorframe, her buttocks jiggling. An elderly woman wears a long sleeveless nightgown that is opaque. In three laptop-screen full views during Internet chats, a woman leans forward toward the camera and she is wearing a V-necked top that reveals significant cleavage and in one of the shots we see the edges of her bra. In a laptop communication, a woman dances with a dance class on a cruise ship and they are all wearing bikinis or bikini tops and shorts (we see cleavage along with the bottoms of two pairs of buttocks).
► A woman tells her 15-year-old daughter that she fell in love with one of her high school teachers (the girl's dad) and eloped with him at age 19, had two children with him, and then he fell in love with a woman he met at Starbucks and left her and their kids. A teen boy tells his teen sister that she does not have any boobs yet. A boy teases his teen sister about her liking the pizza delivery boy and she becomes tearful. In a laptop chat, a woman is on a cruise ship and says that there will be a Hairy Chest Contest, but we do not see it.
► A man stands in the background behind a kitchen counter and we hear him remove and drop his shoes as his right hand moved as if pulling down his pants (no flesh is visible); the man places a folded adult diaper on top of the counter (implication is that it is his).

SUBSTANCE USE - An elderly woman's nightstand contains several prescription bottles and a lotion tube with unreadable labels, we hear that a woman took medications and underwent therapy for four years, we hear that a woman in her thirties was in drug rehab, an elderly couple mention a Magic Elixir (we never see it), and a young teen boy mimics smoking a marijuana cigarette in front of a high school. A woman smokes a tobacco cigarette outside her house, and an elderly woman smokes at her dining room table. 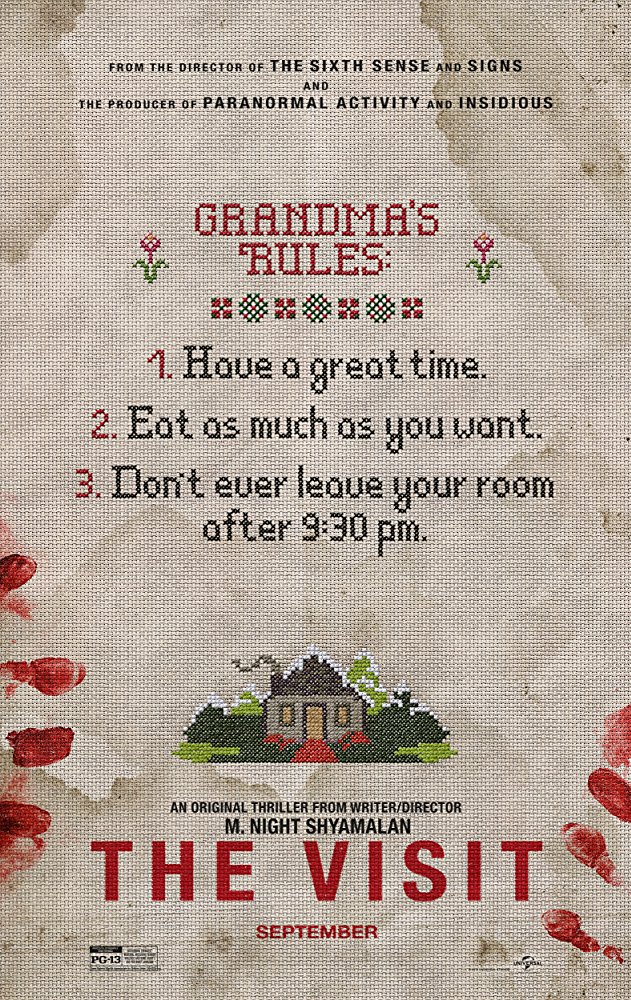