Luke Wilson and Kate Beckinsale star as a husband and wife whose relationship has been shattered by the death of their young son, and plan to divorce. While driving one night they are stranded when their car breaks down on a dark country road, and have to stay in a motel where, as they soon discover, murdering the guests is part of the service. Also with Frank Whaley, Ethan Embry and Scott G. Anderson. Directed by Nimrod Antal. [1:20]

VIOLENCE/GORE 8 - We see on a video two men stabbing two women: the women struggle and try to get away, we hear crunching and screaming, one man slams the head of one woman against the wall a few times, punches her in the face and stabs her in the stomach. We see one of the tapes several times where people are being murdered.
► A man watches a video that shows a man who has been stabbed (he has bloody wounds on his chest and abdomen) being tied with a rope around his neck and hoisted off the floor by two other men.
► On another tape we see a man and a woman attacked by two men: the man is stabbed in the stomach while the woman watches and screams.
► We hear a man on a tape pleading for his life, and we then see him being stabbed and killed and hear him screaming.
► A man is stabbed in the stomach (we see a lot of blood on his shirt), he pulls himself away, and quivers and goes still (we see him later lying in a pool of blood). A man is stabbed in the back and blood drips on his shoe.
► A man is shot three times (we see blood on the three entry points), and he falls to the floor and lies motionless.
► A man jumps on the roof of a car as it speeds away, the car crashes into a motel room, and a man who's inside is pinned between the car and a wall (we see his bloody face and mouth as he thrashes and dies); the man on the roof is also killed (we see him with blood on his head and face).
► A man wraps a rope around a woman's throat and tries to strangle her, she struggles, she scratches him on the face and kicks him in the crotch and he lets go; then he tackles her and punches her in the face repeatedly (it takes place behind a wall but we hear the blows).
► A car speeds toward a phone booth where a man is making a phone call (he jumps out of the way just as the car crashes through the booth).
► A man and a woman run from a motel toward thick woods, two men wearing masks and carrying knives come toward them, and they turn and run back to the motel.
► A man and a woman try to warn a man that two other men are approaching him carrying knives (no one is injured).
► A police officer searches through a motel and finds rooms that have been vandalized and sees a video of a person being murdered.
► A man struggles to keep a door closed while two men on the other side push it. A man and a woman are chased by two men through narrow tunnels.
► A man and a woman in a motel room are startled by loud banging on the doors and when they open the doors there is no one there. When a man and a woman enter the office of a motel they hear repeated screaming coming from the back room and we are told that it is coming from the TV.
► A man driving on a dark road swerves to avoid striking a raccoon (no humans or animals are injured).
► A man and a woman crawl through a narrow tunnel, and the woman begins to hyperventilate when many rats skitter around them. A car stalls on a dark road and the two people inside walk a mile to the nearest facilities looking for help.
► A woman cuts an apple with a knife and cuts her finger (she winces). A man breaks a mirror using his hand and wraps a shard in a towel.
► A husband and wife bicker bitterly in several scenes.
► We hear that a child died when he fell down stairs. A man makes a snide remark about a woman's taking "Xanax and Zoloft cocktails."
► Brown rusty water pours out of a motel sink faucet. A large bug crawls on the wall of a dingy motel room.

SUBSTANCE USE - A woman takes a prescription pill. A man makes a snide remark about a woman's taking "Xanax and Zoloft cocktails."

MESSAGE - Stay on the highway. 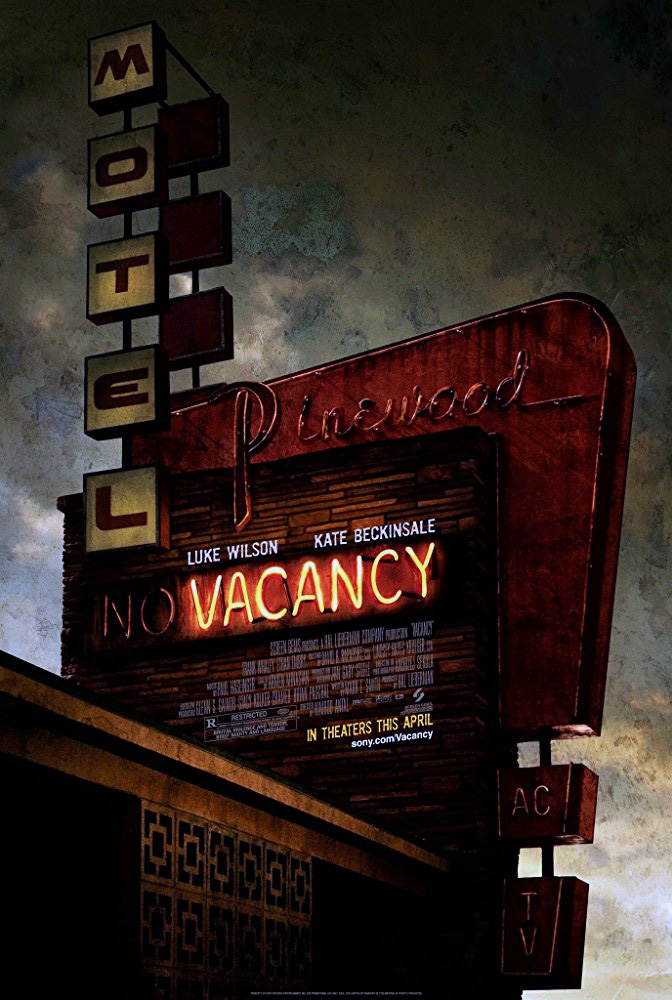