Ashley Judd stars as a newly promoted homicide inspector who starts finding the bodies of brutally murdered victims and suspects a serial killer. It turns out though that all of the victims are men with whom she has had affairs, and she becomes concerned that she may be somehow involved. Especially since her own father was a serial killer. Also with Samuel L Jackson, Andy Garcia, D.W. Moffett and Mark Pellegrino. Directed by Philip Kaufman. [1:47]

SEX/NUDITY 7 - A man and a woman kiss passionately, they take off their clothes (we see the woman in bra and panties and the man bare-chested in tight boxers), they lie on a bed, the man tears off the woman's panties, pulls down his underwear (we see his bare buttocks), he lies on top of her and thrusts. In a flashback a man and a woman have sex against a tree: we see the woman's bare thigh around the man's waist and we see the man thrusting. A man grabs a woman, kisses her neck, and grabs her crotch forcibly (please see the Violence/Gore category for more details). A man caresses a woman's hair and they briefly kiss passionately. A man holds a woman, they kiss tenderly, she collapses, he puts her on the sofa and when her robe falls open admires her bare thighs. Men and women dance together in a bar. A woman wears a low-cut top that reveals cleavage. A man's dead body lies on a table in a morgue with a plastic tent over it, and we see the diffused outline of the body's form. We see a man's bare chest, and we see a person's bare back and buttocks in crime scene photos. A woman says, "I had sex with him," and we hear that a woman had had sexual affairs. People make comments about homicide investigators getting "turned on by corpses." People discuss Rohypnol and call it the "date rape drug."

VIOLENCE/GORE 7 - A woman rolls over in bed and sees a man's dead body with a very bloody, distorted face (gaping gashes, twisted and mangled features) and a cigarette burn on the back of his hand. Similarly, a dead body lies on rocks with a distorted face (we see large open gashes and mangled features) and a cigarette burn on the back of his hand (a crab crawls off his face as we get closer), a dead body floats in water tangled in netting (it has a distorted face and a cigarette burn on the back of his hand) and, again, a dead body with a distorted and bloody face is discovered in a hot tub and he has a cigarette burn on the back of his hand. A man burns another man's hand with a cigarette (the man moans), a man puts a gun to his head, then points the gun at another man and a woman shoots him (we see his body floating in water). A man holds a woman with a knife to her throat (it pricks the skin and we see a spot of blood), she distracts him, grabs his arm, kicks him, punches him, gets him to the ground, handcuffs him and kicks him hard in the face. After a man tries to force himself on a woman she punches him in the crotch and stomach, then hits him twice in the nose (presumably breaking it) and blood gushes onto his face. A man and a woman threaten each other with a stick and a corkscrew respectively, the man chases the woman through her apartment, she closes a door, he breaks glass with his hand (we see blood trickling over his knuckles) to get into the room, and she collapses. A woman holds a gun on a man, and the man hits her in the face. A woman kicks a man hard in the back and he falls to the ground. A woman walks into a dark parking lot, thinks that she hears someone following her, drops her phone under a car, reaches to pick it up and is startled by rats; a man comes up behind her and she pulls her gun. A woman is frightened when someone is in her house, she pulls her gun and approaches him. Someone tries to open a woman's apartment door, she pulls her gun and approaches the door, and when she opens it there is a man on the other side with a gun pointed at her. A woman shoves a man and accuses him of betraying her trust. A woman cuts her finger with a razor blade (we see a trickle of blood). A man yells at a woman in a few scenes. In a morgue we see the bruised, swollen and distorted face of a murder victim as the body is inspected for clues. We see a photograph of a dead man with blood on his head and face, several times. We see a person's bloody back and buttocks in crime scene photos. A man has a bandaged cut on his nose. A woman dreams of shooting three men, and imagines herself beating people with a stick. A man talks about a killer trying to flush a victim's body parts down a toilet. We hear that a woman's father was a serial killer, that he murdered her mother and committed suicide. We hear that a woman overdosed on a drug and died. A woman presses a pencil against her temple and the pencil snaps in half. A woman practices self-defense, and lunges with a yawara (a wooden stick). A woman hears voices and noises and she appears to be in a state of panic.

SUBSTANCE USE - People are shown drinking alcohol and smoking cigarettes, and one character is shown drinking excessively to the point of blacking out repeatedly.

MESSAGE - It can be hard to know who you can trust. 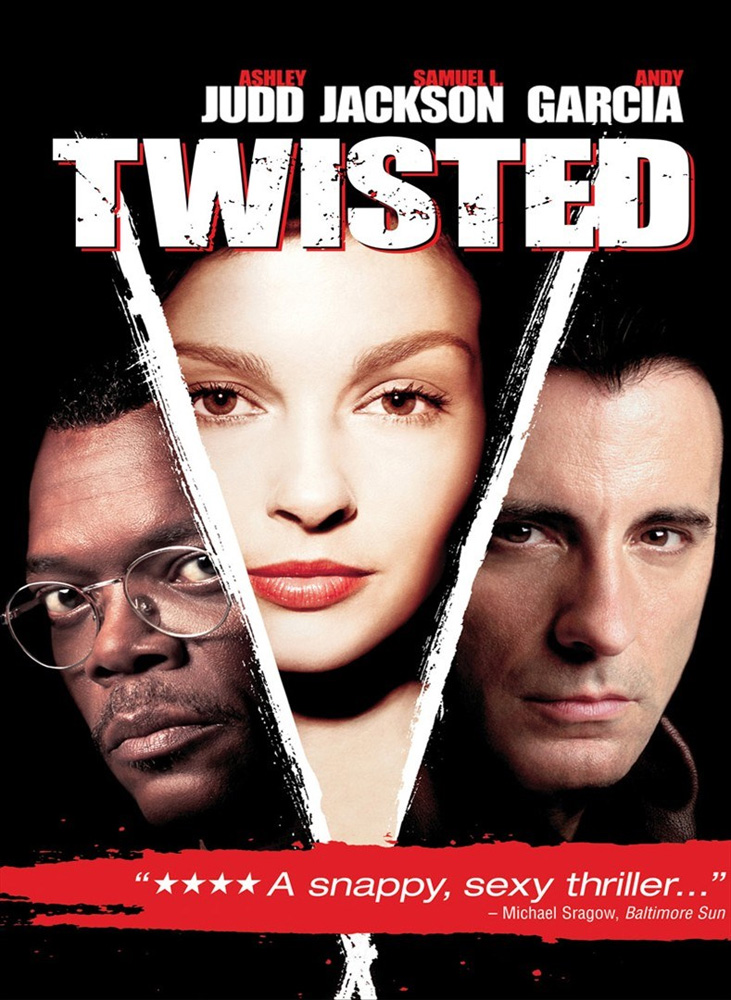