While two well-meaning hillbillies (Alan Tudyk and Tyler Labine) are vacationing at their ramshackle mountain cabin, they are thrown for a loop when a group of preppy college kids (Katrina Bowden, Jesse Moss, Philip Granger) attack them after a misunderstanding. Also with Brandon McLaren and Christie Laing. Directed by Eli Craig. [1:29]

SEX/NUDITY 5 - A man and a young woman kiss passionately. A young man tries to kiss a young woman and she pushes him away. A young man pushes himself on a young woman, kissing her on the mouth and licking her cheek and she cries (please see the Violence/Gore category for more details).
► Two men watch as a young woman takes off her shirt (we see her underwear and bra), and in the distance we see two young women wearing only their bras and underwear. We briefly see the bare back of a young man wearing boxer-style underwear as he swims. A young woman is seen wearing extremely short shorts. A young woman wears a cleavage-exposing tank top. Throughout the movie a young woman wears a shirt rolled up to expose her bare abdomen. A man's bare chest is visible when his shirt opens and moments later the man's bare chest is visible when his shirt is removed.
► A man ducks his head into the lap of another man and it looks as though the man is performing oral sex on the other man, as a police officer approaches them.
► A young man poses a crude question as to whether having a dream about performing oral sex on another man makes him gay, and several young women respond crudely. A man makes a crude joke about the size of his genitals. An older man jokes to a man that a young woman has an "amazing set" and makes a motion to mimic breasts. A young woman asks a man if he had been watching her swim in her underwear. A young man asks a group of young men and women if they would like to go skinny-dipping. We overhear a man reading a shopping list to another man that includes "lubricated condoms."

SUBSTANCE USE - A young man lights and smokes a marijuana cigarette, a young man shows a young woman a marijuana cigarette, and a man jokes that he is "high on prescription pain killers" while laying in a hospital bed hooked up to an IV. Two men are seen in a truck with the passenger holding an open beer container and we later see the driver and passenger drinking cans of beer while driving, a man is seen drinking beer throughout the movie, a man uses cans of beer to wash his face and wounded hand, and throughout the movie young men and women discuss drinking alcohol and purchasing alcohol. A young woman is seen smoking cigarettes throughout the movie.

MESSAGE - Do not judge people based on their appearance. Miscommunication can lead to many problems. 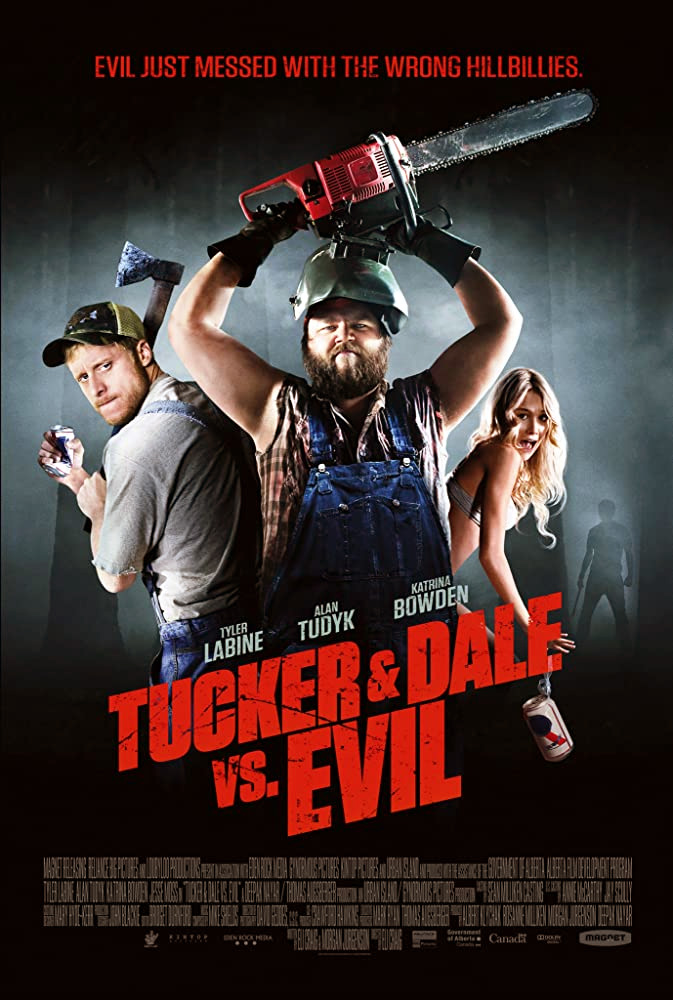