A 14-year-old girl (Liana Liberato) befriends someone she thinks is a boy her age while chatting on the Internet. When it turns out that he is not 14 but much older, things get out of hand and she becomes embroiled in a situation that engulfs her entire family and changes her life forever. Also with Clive Owen, Catherine Keener, Viola Davis, Brandon Molale and Chris Henry Coffey. Directed by David Schwimmer. [1:37]

SEX/NUDITY 7 - A man takes a 14-year-old girl to a hotel room and has her try on a bra and panties that he bought for her: she sits on the bed next to him (she is wearing the bra and panties, revealing her bare abdomen, legs and cleavage), he touches her abdomen, then kisses her and lays her back on the bed (we hear him unzipping his pants), he kisses her neck and down her chest, we hear him say he is going to take off her panties, he climbs on top of her and we hear her asking him to stop; rape is implied.
► A father imagines his 14-year-old daughter being raped and we see flashes of sex implements and gel, and we hear the teen girl screaming for the man to stop while a man's hand holds the teen girl's throat.
► A party scene shows a high school aged girl in the distance removing her top in front of a crowd of people (her bare breasts are visible). We see a computer altered photograph of a man kneeling behind a woman that is on her hands and knees (her bare breasts are visible) and holding her hair; a teen girl's face is superimposed on the woman's body along with a crude sexually suggestive remark.
► A man and a woman are told that their 14-year-old daughter was sexually assaulted. During chat sessions between a man and a 14-year-old girl the man says, "I wish I could touch you… kiss you." Several high school aged girls discuss how to perform oral sex on their boyfriends and offer to teach two 14-year-old girls that walk in on the conversation. A man asks a 14-year-old girl if she is still a virgin while talking on the phone. While on the phone with a man, a teenage girl describes that she is wearing underwear and a T-shirt and he tells her to lie on her bed and turn off the lights (implying phone sex). A man poses as a 13-year-old girl in an online chat trying to lure a man into committing a crime.
► We see a 14-year-old girl having a gynecological exam in a hospital and there is a reference to a "rape kit." A man buys a bra and panties for a 14-year-old girl and tells her that he imagined her wearing them. A man reads from a transcript of a conversation between his teenage daughter and a much older man and there are references to the time they had sex. A man asks his college-aged son if he wants to keep "these Playboys" while looking through his room; the son is embarrassed (they are not Playboy magazines). A college-aged young man makes reference to having "the sex talk" and not being able to eat cucumbers anymore. A man talks about "phone sex." A teen girl cries and says, "he lied so he could have sex with me." A man flirts with a much younger woman and another man berates him for it. A teen girl says that someone made fun of the bra that she wears and so she bought a leopard print, push-up bra (he mother does not approve). A teen girl worries about her brother drinking too much and only wanting to have sex while at college. A teen girl tells another teen girl, "We had sex… we are in love" about a much older man. A teen girl says that there are girls at her school "that have had sex with half of the football team." A man talks about another man sending his teen daughter a picture of his genitals. A teen girl talks about when two people are in love "nothing else matters." A teen girl asks her older brother if he has had sex with his girlfriend yet (while at the dinner table with their entire family).
► Several women are seen wearing skimpy bikinis and several men are shown wearing jockey shorts at a party and posters of scantily clad young men and young women adorn the walls (with bare chests and abdomens on the men and cleavage, bare abdomens and legs on the women). A teen girl wears a mini-skirt and a low-cut top that reveals cleavage and bare shoulders. We see photos of models in suggestive poses. A poster of a woman wearing a skimpy bikini hangs on a college-aged young man's bedroom wall.
► A husband and wife kiss while lying in bed together. A husband and his wife lie in bed together clothed. Two pairs of boys and girls hug in a parking lot outside a school.

VIOLENCE/GORE 6 - A father imagines his 14-year-old daughter being raped and we see flashes of sex implements and gel, and we hear the teen girl screaming for the man to stop while a man's hand holds the teen girl's throat.
► A 14-year-old girl takes many prescription pills in an attempt to commit suicide; her father kicks her door down and he makes her vomit several times (we hear gagging as he puts his fingers in her throat).
► A man imagines buying a gun, taking it to a sexual predator's house, beating the predator in the face repeatedly (blood splatters on him) and then shooting him. A man talks about having a dream that he caught the man that raped his daughter and that he punched him in the face until it caved in and there was blood everywhere.
► A man punches another man in the face repeatedly (we see that his face is bloody). A man is chased by agents, and one agent tackles him and they arrest the man.
► A man and a woman are told that their 14-year-old daughter was sexually assaulted. A teenage girl yells at her father and orders him out of her room. A wife yells at her husband and throws papers on a floor. A husband yells at his wife and throws papers against a wall. A teen girl yells at her parents. A teen girl is taken out of school by two police officers and many other students watch and make remarks about her. A mother tells her teen daughter not to "dumb yourself down for boys." A teen girl talks about her older brother trying to text her "the sound of him vomiting" after drinking too much at a fraternity party.

SUBSTANCE USE - A teen girl takes many prescription pills, and several teenage girls smoke marijuana at a party. A man drinks a martini, two 14-year-old girls attend a party where there are older high school teens that appear to be drinking alcohol, a man drinks wine, a teen girl talks about her older brother trying to text her "the sound of him vomiting" after drinking too much at a fraternity party, a woman drinks a glass of wine, and a man drinks a beer.

MESSAGE - Protect your daughters. It's dangerous to trust people. 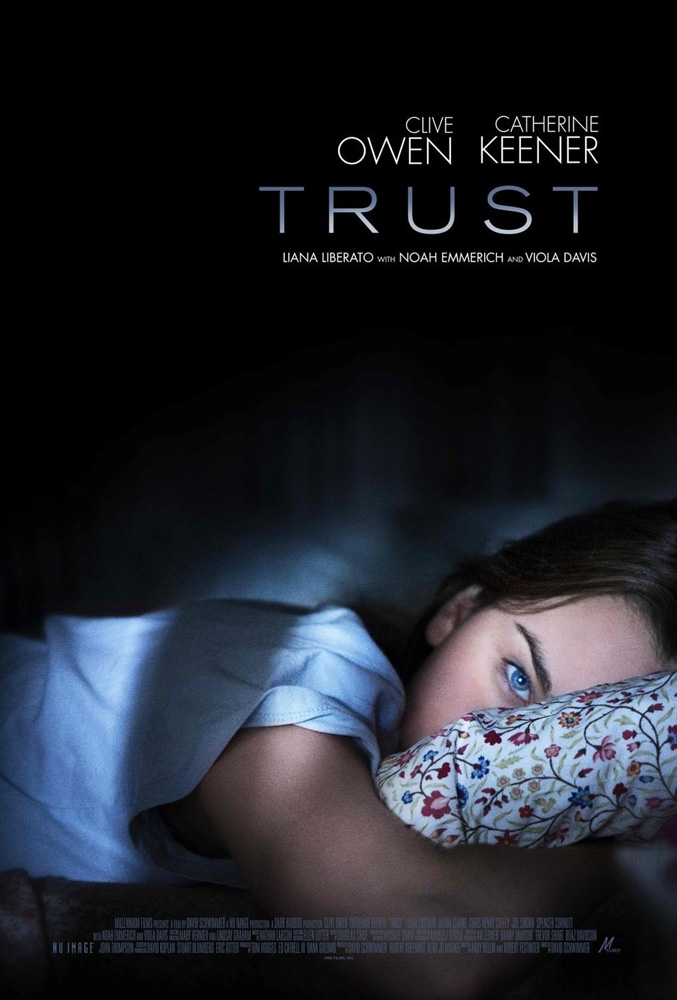