After the unexpected death of her father (Aden Young), a young girl (Morgana Davies) finds solace in a giant fig tree in her backyard, which she believes channels her father's spirit. Also with Charlotte Gainsbourg and Marton Csokas. Directed by Julie Bertuccelli. [1:40]

SEX/NUDITY 6 - A man and a woman sit side by side, the man kisses the woman's arm, they kiss passionately, and they have sex: the man thrusts on top of the woman, and we see the man's bare back and the woman's leg wrapped around the man's waist.
► A boy playfully sculpts breasts from sand after burying his mother in the sand on a beach. The bare buttocks of a young boy and the bare chest of a young girl are visible after they jump out of a bathtub where they have been bathing together. We see the bare back of a girl and briefly her chest while she bathes with a young boy. A portion of a man's bare back is visible as he drives a truck shirtless. A photograph of a shirtless man is briefly seen. We see a woman in a one-piece bathing suit. A girl and two boys are seen in bathing suits and the bare chests of the boys are visible. A teen boy's bare chest is seen. The bare chest of a teen boy is seen as he sits in a bed, shirtless. A young boy walks around shirtless on multiple occasions and his bare chest and back are visible.
► A man and a woman kiss, and the man puts the woman's head in his hands. A man and woman lie in a hammock, they hold hands, and the woman lays her head on the man's chest. A man and a woman hug and the man wrestles the woman slightly. Men and women hug in greeting and to comfort one another.
► An older woman asks her adult daughter if the daughter's now dead husband was "always good in bed" and the woman responds that he was. Two young girls discuss make-believe futures and one of the girls jokes that she will have three boyfriends.

VIOLENCE/GORE 4 - A man grabs his arm in pain while driving a truck (we see a girl standing up in the bed of the truck), the man dies and the truck slowly drives into a tree; the girl in the bed of the truck is unharmed. A woman screams that a man is not breathing and she attempts chest compressions as the man and woman's young daughter and teen son watch; the man is dead and we later see the family at the man's funeral.
► A girl opens the door of a moving car, a boy in the passenger side shouts at their mother who is driving, she pulls the car over, and the girl gets out of the car and walks in front of a fast-moving truck; the girl is unharmed and her mother shouts at her angrily.
► We hear thunder, we see the door of a house blow open, a tarp being held over a portion of the house blows open and we see broken glass being thrown around the house, and a woman, three boys and a young girl crouch under the house for safety; we later see them unharmed. We hear a crash, a woman grabs a young boy and rushes toward the noise, and we see a massive tree branch that has fallen through the roof of the house and landed on the bed where the woman had been lying moments earlier (no one is injured). After a hurricane-like storm we see a house that has been destroyed, with items strewn around the yard and the roots of a tree turned upward (the tree crashed into a house). A young girl fearfully climbs out of a tree and into her mother's arms as a hurricane-like storm crashes around them; we see lightning and hear thunder. A young boy and girl watch a television report of a monsoon wrecking a beach.
► A girl in a tree throws rocks at two men, they yelp and shout at the girl to stop, and one of the men stumbles and falls to the ground as he tries to avoid being struck. A woman screams and falls to the ground after a bat flies through a window and hangs from a light fixture in her room; the bat flies around, the woman hides under a table, banging her head in a panic and the bat flies out the window unharmed. A woman falls out of a hammock, she acts injured and lays still, and a man panics (she is unharmed).
► A man punches a punching bag and it flies back and hits him in the head (he is unharmed). A girl and her brother playfully shove one another as they share an outdoor shower (they are in bathing suits); they shout at one another as their mother watches.
► A woman is visibly depressed, and her young daughter helps her from her bed, tends to the woman's hygiene and brushes her hair. A woman bandages an unseen cut on a girl's knee; a tree branch being removed from a wall scratched the girl. A young boy whimpers, his mother rushes in and her young daughter says that the boy had woken from a nightmare.
► A woman shouts at her young daughter, saying she is too high in a tree and that it is dangerous; the young girl ignores her mother's shouting. A woman shouts at her young daughter to come down from a tree. A woman shouts angrily at her toddler son, and she then shouts at her young daughter and son. A young girl threatens to jump off a tall tree, a woman shouts at the girl and then at a man who attempts to talk the girl out of the tree (the girl remains in the tree, unharmed). A teenage boy offhandedly remarks, "At least we'll all die together" to his family in response to a strong hurricane that is blowing in and a young boy says, "I don't want to die." A woman warns her children that she will "leave them alone," implying that she will leave her family. A woman tells a man that her husband had died. Two young girls discuss how the father of one of them had died. A man tells a woman that she is lucky she was not killed when a tree crashed through her roof. An older woman shouts in surprise when she finds a woman sitting in a tree in the dark. A young girl asks her mother what she would have done if there were "an emergency" while a woman was not answering her telephone. An older woman implies to a woman that teenage boys have been committing petty theft and tells the woman to engrave her valuables. A man warns a girl that sitting under a train trestle is dangerous. An older woman tells a woman that the roots of a tree could rupture plumbing.
► Two girls scream playfully as they stand in the bed of a truck as a man drives down a dirt road. Two girls scream playfully as they watch a train pass over a trestle they are sitting under.
► A woman and her four children watch as they try to flush three frogs down a toilet; the frogs continue to surface and we see brown water gurgle from the sink. Feces burst from a pipe as a man uses a plumber's snake to clean the pipe; children watch and laugh as feces fall to the ground. A teen boy urinates onto a tree trunk as a girl watches and shouts at the boy; the sound of urinating is heard, but we do not see anything. A girl shouts that a young boy is "disgusting" when he flatulates while they share a bathtub together.

SUBSTANCE USE - A teen boy sneaks a drink of whiskey, a young boy tells his younger sister that their teenage brother is sneaking whiskey and thinks their mother will not notice, a man and a woman drink beer at a bar, we see men in the background of a bar scene drinking beer, and a man is seen drinking a beer. A man smokes a cigarette, a woman smokes cigarettes, we see a teen boy smoking a cigarette, and a girl says that when she is older she will smoke cigarettes.

DISCUSSION TOPICS - Death of a parent, death of a loved one, grief, depression, channeling grief, spirituality, coping mechanisms, the concept of a soul.

MESSAGE - Overcoming grief can be complicated. 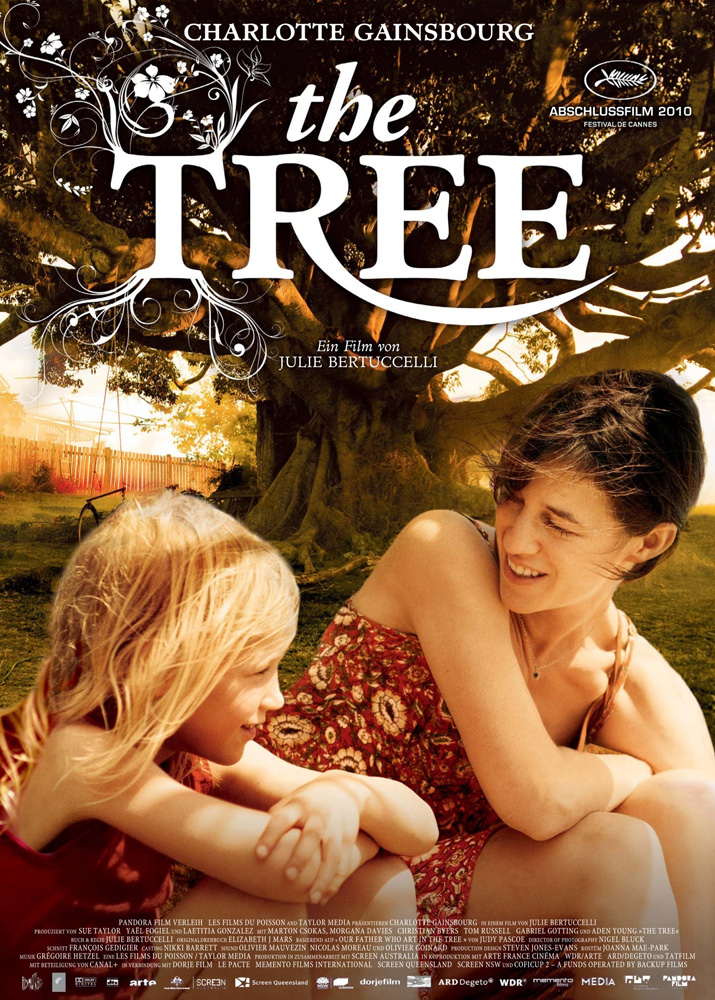