A reboot of the action series: A hired driver (Ed Skrein) becomes involved in a deadly plot for revenge when he is enlisted to drive four women in the south of France. Also with Ray Stevenson, Loan Chabanol, Gabriella Wright, Tatiana Pajkovic, Wenxia Yu, Radivoje Bukvic and Noémie Lenoir. Directed by Camille Delamarre. [1:36]

SEX/NUDITY 5 - A woman opens a man's shirt as he reclines on a bed (we see his bare chest and abdomen), she drops her dress to show that she is wearing a bra and panties (we see cleavage, bare abdomen and part of her bare buttocks) and she climbs on top of the man, they kiss and he kisses her chest (sex is implied); we see them lying together and talking later. A man is seen in a bed with two women and we hear them giggling (sex is implied); they are awakened later and we see the women's bare shoulders and legs along with the man's bare chest and abdomen.
► Several women wearing skimpy panties and garters dance suggestively while men with alcoholic beverages watch and smile (we see the women's bare buttocks, backs and upper thighs). Several women on a sidewalk are seen wearing low-cut tops and short skirts or shorts that reveal cleavage and bare shoulders along with bare legs to the thigh as they parade and lean into cars where men are seated (prostitution is suggested). Three women change their clothes as a man watches and smiles (we see bare buttocks, backs, abdomens and shoulders). Several women wearing low-cut and short dresses (cleavage, bare legs and shoulders are seen) are lined up and a man peruses them. A woman wearing a skimpy swimsuit dances suggestively near a man in a hot tub (we see her cleavage, bare shoulders, abdomen, and legs to the hips). A woman wearing a skimpy negligee (we see her bare thighs and part of her lower bare buttock) sleeps in a bed where a shirtless man sits (we see his bare chest and abdomen). A man opens an injured and unconscious woman's blouse and we see her bra, cleavage and bare abdomen as he prepares to remove a bullet lodged in her abdomen (please see the Violence/Gore category for more details). A woman wears a short, tight-fitting dress that reveals her bare legs to the upper thigh, bare back and slings to her hips, abdomen and chest. Three women wear dresses that reveal cleavage, the side of the bare breasts, bare backs and legs to the upper thighs in several scenes. A woman wears a low-cut dress that reveals cleavage and bare shoulders. A woman wearing a skirt sits on a seat and crosses her legs (we see her upper thighs in shadow). A man is shown shirtless (we see his bare back, abdomen and chest). We see three badly charred bodies on morgue tables and it appears obvious that two bodies are male and one is female but without much physical detail (no genitals are clear; the woman's body appears to have breasts).
► Two women kiss and one caresses the other's face and hair briefly. A woman kisses a man. A woman flirts with a man in a bar and asks him to go to his hotel room with her; we see them enter the room, the woman holds a gun on him and we see him bound later and wearing only his undershirt and boxer shorts. A man speaks to a woman in a seductive manner and they nearly kiss but are interrupted. Many people dance in a club and we see two women kissing while dancing with several men gathered around and watching. A man and a woman kiss.
►  A woman speaks seductively to a man while adjusting his tie and then snaps her teeth at him. Several men admire a woman as she approaches them on a street. A woman tells a man that her mother sold her to a man for $500; then jokes that she thinks she could have gotten $600. Two women say, "I love you" over the phone.

SUBSTANCE USE - We hear that a woman died of a heroin overdose (please see the Violence/Gore category for more details), and we hear that a man has been poisoned and that he will die without the antidote. Several men drink alcohol while watching scantily clad women dance (please see the Sex/Nudity category for more details), two men drink from glasses of wine at a dinner, a man drinks whiskey and a woman drinks a glass of champagne at a bar, a man buys a very expensive bottle of wine in a store, a man drinks a beer, a man drinks shots of vodka, and a man drinks a glass of champagne that has been drugged and he falls unconscious. Several women on a sidewalk are seen smoking or holding cigarettes. 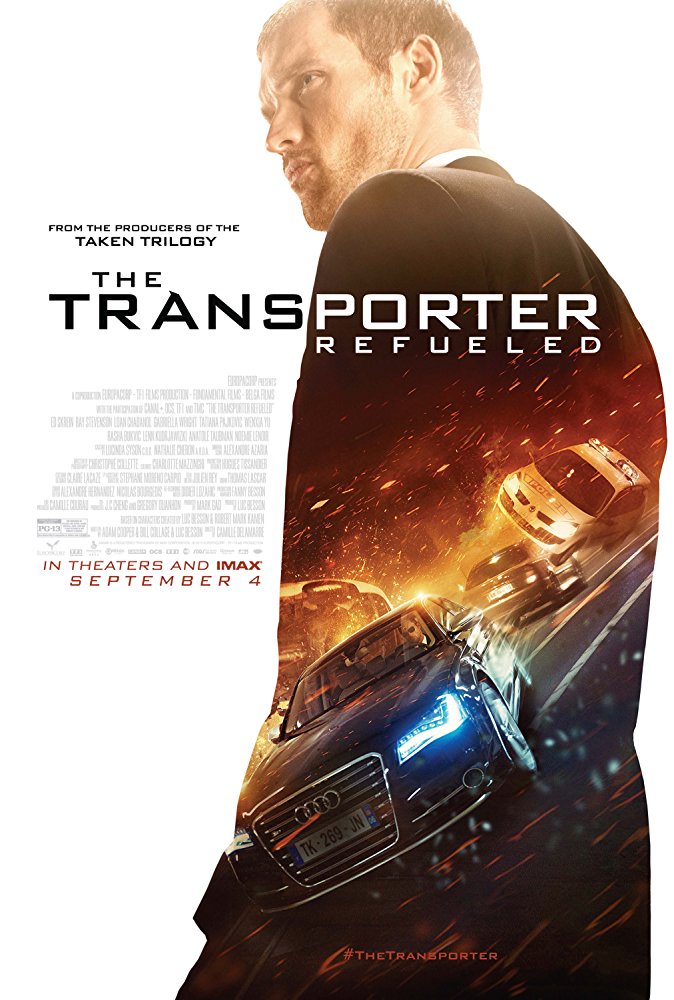