SEX/NUDITY 2 - Two men talk about "having a woman" (meaning a significant relationship).
► Many nude men line up to shower in a prison (bare shoulders and chests are seen briefly). Two men are shown bare-chested and wearing boxer shorts and another man wears a tank T-shirt. Several women are shown wearing low-cut tops that reveal cleavage.

VIOLENCE/GORE 6 - A 17-year-old boy runs from two men, one pushes the boy to the ground and then picks him up, and the two men throw him in front of an oncoming train (we hear the boy scream and we hear a thud when he is struck). A man shoots another man in the chest several times, then another in the head.
► A man gets into a car and it explodes (a young boy looks on and is visibly shaken, with a trickle of blood coming from his nose). A bus filled with people explodes (we see flames and debris). A suicide bomber tries to blow himself up in a truck near a crowded beach café, the truck eventually explodes and we see several people thrown to the ground and one man's shirt in flames as he falls (we hear that 11 Americans died). Several bombs are planted in a building, we hear an explosion, dust and debris are thrown into the air and we hear people screaming (we hear that 8 died). There is a large explosion that blows a hole in a prison wall (we see several men lying motionless on the ground), armed guards open fire around the prison grounds and prisoners scatter.
► A man punches another man in the face a couple of times, they struggle over a gun, one man runs away and the another shoots at him; yet another man shoots and hits the man who's running (he falls to the ground), and then the shooter shoots the victim in the head at close range (we see a large pool of blood under his head later). A man with a gun is shot several times and falls to the floor, and another man is shot in the shoulder and falls to the ground moaning (he survives). Armed men surround a compound, charge in, shoot several men (we see blood on shirts as they fall to the ground and they flinch when struck), and one man is struck hard in the face with a gun butt. Armed men enter several buildings, they shoot several people (one man is shot repeatedly) and others are arrested.
► A man slams another man's head into a metal pipe (he falls to the floor unconscious). A man punches and kicks another man, holds a gun to his head while he is on his knees on the floor, and then strikes him in the head with the gun (the man falls over and moans on the floor). A man handcuffed to a pole is punched in the face and the stomach while being questioned (we see blood on his nose and mouth). Two men fight: one has a sharp object and cuts the other man on the arm (we see blood on his shirt), the wounded man fights several other men, and he is knocked to the ground, punched and kicked repeatedly (we see blood on his face and mouth as he is taken away after the fight is stopped).
► A man threatens to cut another man's throat. A man in a prison yard threatens another man and tells him he decides who lives and dies and who starves and who eats.
► Many people are shown locked in cages awaiting interrogation, and one man is dragged from a cage. A man in a prison knocks the food out of another prisoner's hands, who then scrambles to pick the pieces off the ground in order to eat them. Two men shove each other and argue. A man grieves over people who have died in a bombing.
► We see several people preparing explosive devices for suicide bombings. A man plans a bombing in a consulate building. A man builds a bomb vest and a 17-year-old boy tries it on.

SUBSTANCE USE - A man drinks champagne and two men join him reluctantly (they are Muslim). Men are shown smoking cigarettes in many scenes.

MESSAGE - Religious messages can be understood in different ways by different people and manipulated to fit any aim.

(Note: A line of dialogue states that the Koran does not condone violence against innocent people.) 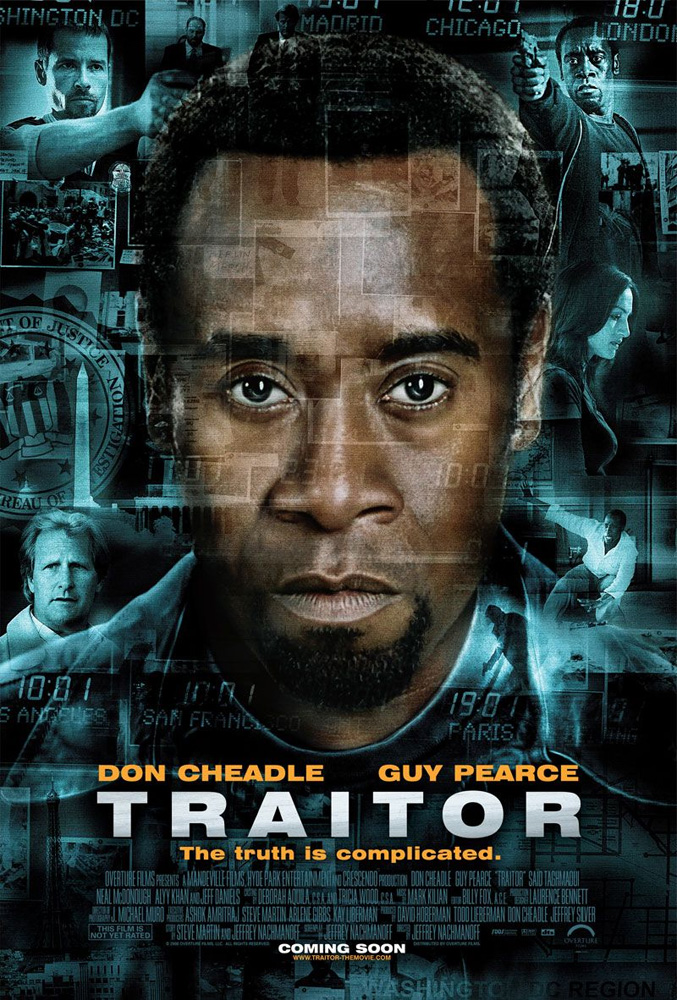