SEX/NUDITY 7 - Lots of sexual innuendo. We see a man's bare legs with his pants at his ankles and a woman's bare back and the side of her bare legs and buttocks as she thrusts on top of him briefly (they also kiss passionately and moan loudly); they scramble to put their pants back on when they realize someone is about to discover them. A couple kiss passionately and we see the woman's dress fall down, revealing her bare back, then we see her taking off her dress and then her bra; at that point we realize she is a man. A woman in a cleavage-revealing nightgown gets in bed with a man and starts kissing him passionately, then we see her bare back as she's on top of him; afterwards we see them lying in bed together. A clothed man briefly lies on top of a clothed woman on a bed and kisses her passionately (they are interrupted by someone). A woman lies on top of a man in a bear costume with her face near his crotch, and it's implied she wants to perform fellatio (she says she's looking for a hole in his costume). We see a nude-but-sheet-covered man and woman lying in bed, obviously post-coitus; in another post-coitus scene, a bare-chested man sits in bed and watches a nude woman play a cello (all of her bare back and most of her bare legs are visible). A man and woman lying in bed together move stuffed animals as if they were having intercourse, and they also make exaggerated moaning noises. A man hears loud moaning as he walks past his two grown children's bedrooms (both are with their respective partners). We see a bare-chested man, a man in tiny underwear, and several women in cleavage-revealing tops. We glimpse a woman's underwear when she's pulled up from the ground after being knocked down by dogs.

VIOLENCE/GORE 2 - Played for laughs: a man falls off a roof (he has dirt on his face and shirt when he gets up), a man accidentally bumps another off a loft bed, a woman in a golf cart nearly runs over a man, a woman in a motorized wheel chair crashes into several things, a man hits another in the buttocks with a golf ball, two men briefly push each other, a man lightly punches another in the stomach, a man who enters a crowded room with a rifle is knocked to the floor by security guards, two dogs knock a woman to the ground, a man shoots a costume head (we see a large hole in the top of it), a woman mentions her boyfriend was eaten by cannibals, and an explosion is heard and it's implied a man has blown up a house (before we hear the noise, we see a man pouring gasoline on its front porch and then lighting a match).

MESSAGE - Infidelity may be easy, but it's not fulfilling. 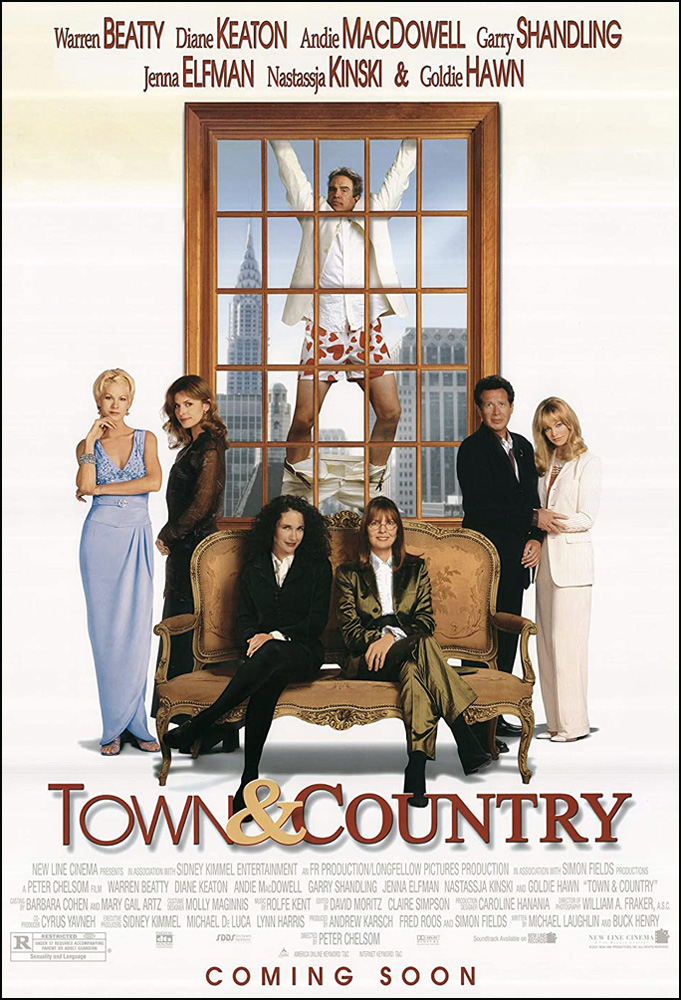