A man (Martin Henderson) suspected of drug dealing flees to Thailand, but eventually returns to the U.S. planning to clear his name. He is framed for the murder of a man, and is threatened by the man's brother (Ice Cube) and his motorcycle gang, the man (Matt Schulze) who framed him and his motorcycle gang, and the FBI. All is eventually resolved through motorcycle racing. Also with Monet Mazur and Jaime Pressly. Directed by Joseph Kahn. [1:34]

SEX/NUDITY 4 - A man and a woman kiss in a few scenes. A man and a woman are shown in bed together, he wraps a sheet around his waist (we see his bare chest and she is dressed in his leather jacket and helmet). A man and a woman hug, the man sticks out his tongue toward her and she licks her lips provocatively. A woman pats another woman on the buttocks and licks her lips suggestively. A man and a woman flirt in a few scenes. Several scenes show women in tiny outfits that reveal cleavage, bare abdomens and bare buttocks, while they move and dance seductively: At a rally women straddle and thrust on motorcycles, women lick their lips provocatively, and women dance and thrust their hips while dancing. Women dance and are sprayed with water, their T-shirts become soaked and transparent, showing a hint of their nipples. Men and women dance in a club scene where women are scantily-clad, men and woman dance close together and women dance on pedestals. A woman's skirt blows up and we see bare buttocks, stocking tops and a garter belt. Women wear low-cut tops and dresses that reveal cleavage, bare backs and shoulders, short tops and low-cut pants that reveal bare abdomens and backs to the hips. We see a picture of a woman in a skimpy bikini, on a keychain. A man makes a crude remark about a woman's breasts. A man kisses a woman on the cheek. A man and a woman nearly kiss a couple of times.

VIOLENCE/GORE 5 - A fight breaks out in a club scene: many people are punched, kicked and thrown, one man goes into a bathroom where he is confronted by two men, one shoves him into a mirror that shatters and wraps a chain around his neck and chokes him (we see him struggle then fall to the floor and we later see him dead on a stretcher). A fight breaks out in a warehouse, people shoot guns, others punch and kick, motorcycles race through the building, and two bikes collide. A woman kicks a man and tries to stab him, a woman kicks a man in the crotch, a man throws a chain that wraps around another man's neck, and a chain wrapped around a man's neck is pulled by a motorcycle yanking the man into the air (we hear a crunch as he is pulled up by the neck). A woman is shot and she is thrown through the air. A man shoves a boy who falls on the ground, the man and another man fight with punches and kicks, another man joins in swinging a tire iron, one man is nearly hit in the head, and one man lies motionless on the ground and another is slammed into the side of a car and moans. Two men fight with kicks and punches and throws, and one pulls a gun on the other. A man shoots at people and points the gun at a man, and a woman holds a gun at the head of the man with the gun. Someone punches three men hard in the face knocking them unconscious. A man holds a gun on several people. A man holds a knife on a man who points a gun to his forehead. A woman pulls a knife and lunges at another woman. A man pulls a knife on another man then three men are surrounded by many men and they are threatened until the police arrive and they are interrupted. A man punches a man in the nose. A man holds another man off the ground by the throat and yells at him. A man hits and shoves another man. The blast from an explosion sends people through the air. There are many scenes of motorcycling racing -- a few scenes include cars, and several include the riders fighting or shooting at each other. A group of people on motorcycles is chased by another group of people on motorcycles: the people doing the chasing are armed and shoot at the others; they ride through a palm tree grove, a few riders are knocked off their bikes, one lands on the ground and his bike lands on top of him, two crash into each other head on (we see the bikes crumple and the people moan), a woman is tossed off her motorcycle, a man with two guns comes after her, and she hits him in the head with a metal pipe. Two men race on super fast motorcycles, one shoots at the other, they punch and kick each other, they ram each other, one crashes, the other crashes into the first causing a huge explosion, and the rider from one is nearly run over by a bus. Two women fight while riding their motorcycles; one is kicked in the face, one is punched in the face, one's head is slammed into the gas tank, they kick and punch each other, one pulls a knife and slashes the other in the arm, and one is kicked off her motorcycle and crashes into a car windshield. Two motorcycles race toward a train, jump on top of the train and race along the top, one drops down between cars and rides inside one car, one jumps onto train tracks in front of the train, one motorcycle crashes pinning the rider to the tracks, and he is pulled free just as the train hits the motorcycle causing a large explosion that throws the two riders through the air. A car races out of the back of a truck sailing over people standing outside, one person shoots at the car as it speeds away, it is followed by motorcycles and a Hummer and they all speed through highway traffic; a man climbs out of the speeding car and onto a speeding motorcycle and a man climbs off the motorcycle and into the car. The Hummer crashes through cars, motorcycles jump over cars and ride the wrong direction through traffic, the Hummer flips, and careens through the air and crashes down onto a car (the Hummer occupants are injured and we see blood on heads and noses). Two cars race on a desert highway, a motorcycle tries to pass between them and they swerve close to each other to prevent it from getting through (it pops a wheelie and races between them and the two cars swerve and stop). Three motorcycles ride at high speed along a curving desert highway, another motorcycle tries to run them off the road, two of the riders fight trying to kick each other, they nearly run head long into an oncoming truck, and one swerves and falls off his motorcycle. A man on a motorcycle chases a woman on a motorcycle through narrow roads and garages (we see people jumping to avoid being hit). A man tells a group of people to find a man and kill him. A woman yells at a man and people threaten each other in several scenes. A woman has multiple facial piercings. A man breaks a candy machine by bashing it with a large chain. A row of men line up on a cliff and urinate (we hear trickling).

MESSAGE - Honesty is the best policy and it may save you from being chased by people on motorcycles. 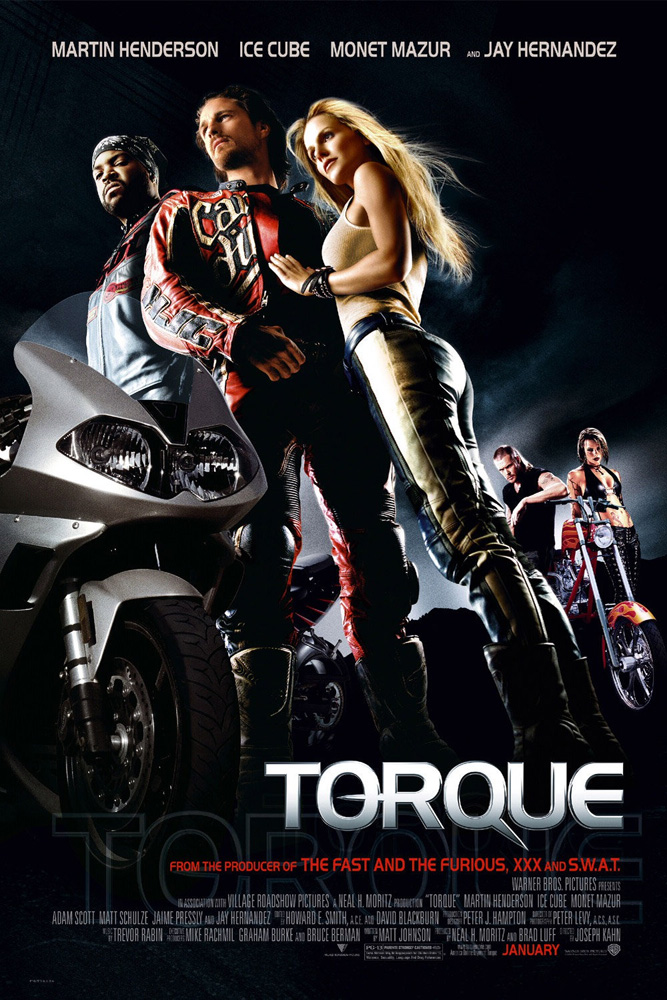