A love story about a man (Eric Bana) with a genetic mutation that causes him to time travel and how his wife (Rachel McAdams) learns to love him in the past, present and future, while dealing with the unpredictability of his absences. Also with Ron Livingston, Jane McLean, Arliss Howard and Stephen Tobolowsky. Directed by Robert Schwentke. [1:48]


VIOLENCE/GORE 5 - Sounds of coughing and dry heaving are heard, then a completely nude man is shown lying on the floor, choking with a bleeding wound in his stomach; his hands are covered in blood and he is surrounded by a man, a woman, and a small child.
► Two men, dressed in hunting gear and carrying rifles, whisper about taking a shot at a large deer, we hear a gunshot, a man is struck, he gasps, and other men approach where they had fired the shot and see a small pool of blood. A man is shown lying on the floor with blood covering his hands, blood is coming out of his mouth and he dies. A man awakens, touches his face and finds it covered in blood, he lifts the blankets of the bed and finds a pool of blood on the sheets, and he turns to a woman in the bed and tells her that she has blood on her nightgown. A man is seen with blood covering his hands. A woman sitting in a restaurant holds her stomach and winces, she then puts her hand under the table and when she pulls it up again, it is covered in blood. A young boy is seen standing on the road with a bloody cut on his cheek.
► A car being driven by a woman is shown crashing into a semi that is careening down the road, head-on, and bursting into flames (it is assumed the woman died on impact). A semi truck barrels toward a woman driving a car, weaving uncontrollably, and the woman swerves to try to avoid impact causing a young boy in the backseat to slam his head, which leaves him with a small cut (blood seeps down his cheek).
► A man shouts, and a woman and man rush to find him: he's shaking and bleeding, and his foot looks gangrenous (we hear him shouting at the hospital, as a door swings shut and a woman looks scared).
► A man swings to punch another man after he presumably called him a derogatory term for homosexuals (it is not heard, but the other man comments that the man is a homophobe); he misses, the other man then punches him in the face and shoves him into a wall, and another man grabs the man who was doing the punching and drags him away. Two police officers grab a man and one police officer roughly throws him against the hood of the police car (we see a bruise on his cheek later). A woman angrily slaps a man in the face after they have an argument.
► A man strapped to a CT Scan table appears to be having a seizure: his head, shoulders, and arms tense and start shaking. A man, hands shaking, tells another man that he is currently on sick leave from his job due to his tremors (he does not go into detail as to what causes them). A man is shown, walking bow-legged and in pain, after presumably having a vasectomy; a nurse asks if he needs help, he says he is okay and stumbles into a bathroom.
► A shirtless man breaks a window of a car and steals clothing from the backseat. A man picks a lock and breaks into a building; a bystander angrily accuses the man of breaking and entering. A young girl throws a shoe into a patch of bushes and hits an unseen person, who shouts, "Ouch!" A man trains a young girl on how to pick a lock, saying that it will come in handy later.
► Two young girls poke a dead bird lying on the ground with a stick, and they discuss that death is simply a part of life and that eventually everyone has to die. The walls of the room are covered in taxidermy animal heads. Gunshots are heard, and a man is shown shooting clay pigeons with a shotgun.
► A woman, engaged in active labor, is covered in sweat, and she turns to a man who is holding her hand and screams in pain, she moans and a crying baby is heard (the woman is wearing a hospital gown, and no blood is shown). A woman is lying on a bed with an IV drip hooked into her arm (the woman looks sallow and upset). A woman stands in a bathroom and flushes a toilet and then washes her hands (we do not see her going to the bathroom).
► A man looks through a woman's diary without her permission; the woman becomes upset when she finds him doing this. A man tells a woman she should call off her relationship with another man and the two have a verbal argument.
► A man tells another man that he has watched a woman die hundreds of times and cannot do anything to change it. A young girl discusses the death of a man. A woman tells a man about having seen him, lying naked on the ground, bleeding profusely from a bullet wound and she asks him if he will die. A woman asks a man if he knows when he is going to die, the man refuses to tell her. A woman tells a man that she has had a miscarriage, and they weep together. A man tells a woman that a man had suffered from frostbite and will be unable to walk for a few months, but his foot will not have to be amputated. A man asks another man if he needs help to decide if he needs a vasectomy, and the man says that he needs to make the decision on his own. A man asks another man if he has ever handled a gun, and then asks if he would like to go hunting and when the man agrees he comments that now he can join him on "the killing spree."

SUBSTANCE USE - A man comments that he needs a Valiums. A man takes a bottle wrapped in a brown paper bag out of his pocket at a diner and pours alcohol into his drink, a man drinks wine rapidly, a man and woman on television are shown drinking, a woman comments that a doctor has told a man that he should not drink, a man offers a woman a drink (she declines), a woman offers a man wine, a woman drinks from a glass of wine, a man pours alcohol into a tea cup and offers a drink to another man (the man refuses and tells him that he should not drink), a wine glass and decanter are shown on a table in front of two men, and a man tells a woman he purposely got drunk to alter his actions.

MESSAGE - True love will find you in the end. 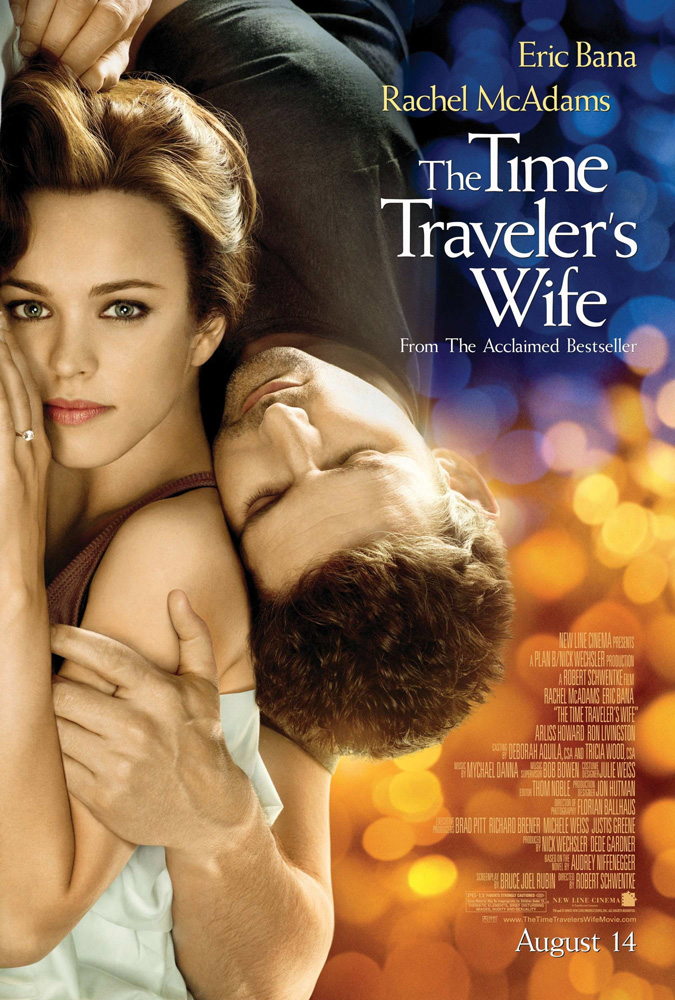