Two men (Tim Heidecker and Eric Wareheim) are given a billion dollars to make a movie and after failing miserably they skip town and try to run a shopping mall so that they can make a billion dollars to pay back their debt. Also with Noah Spencer, Matt O'Toole, Twink Caplan, Ray Wise, Will Ferrell, Will Forte, Zach Galifianakis, John C. Reilly and Robert Loggia. Directed by Tim Heidecker & Eric Wareheim. [1:33]

SEX/NUDITY 9 - A man shoves several items (what looks like a fishing hook and a ring) into the tip of another man's penis (we see the penis and scrotum in close-up as the items are pressed in and we hear squishing sounds).
► A man invites a woman to join him in an adult gift store, they kiss, they flick their tongues at each other, and they remove their clothing (the man wears a thong and his bare chest and buttocks are visible while the woman wears low-cut lingerie that reveals cleavage and bare shoulders); the two use several sex aids during this extended scene, with the man mounting a sex doll while kissing it and thrusting on it, the woman licking a phallus while the man holds it and waves it around, the woman inserting a phallus into the man from behind, and the woman inserting beads into the man from behind.
► A man masturbates in bed with another man lying next to him; the man moans and moves rhythmically until he ejaculates (we hear a spurt and we see semen on his hand).
► A woman wearing a low-cut dress that reveals cleavage sits on a man's lap, the man says, "Kiss me" and they kiss while the man caresses her thigh. A man and a woman kiss. A man dips a woman's fingers in food and then licks them suggestively. Two men snort cocaine off two women's cleavage. A man thrusts against a woman while they dance together (they are both clothed). A man with a woman straddling his back bobs his head toward another man's crotch while he is on the ground. A man strokes another man's hair and they hug (it does not appears sexual). Two men kiss goodnight. Two men bite into opposite sides of an apple at the same time. A man sends a woman kisses using his hand. A man gives another man a pill and tells him it will enhance his love making experience.
► We see an adult gift shop in a mall and there are assorted sex aids on display. We see table décor that resembles an erect penis and testicles.
► Two men remove each other's capped teeth (using a pair of pliers), pull out their earrings, remove their shape wear (we see bare abdomens) and cut their hair; they are then shown in a bathtub together while they scrub each other (one man is shown bare-chested and the other is wearing a T-shirt; no sex is implied).
► A man sees a woman on a TV commercial and becomes obsessed with her; he takes a photo and carries it on his telephone, he looks at the photo and tells her that he loves her and wants to have sex with her. A man tells a woman that he wants to have sex with her without a condom. A man tells another man to drop his pants and he does (we see him wearing a T-shirt and jockey shorts). We see a man's jockey shorts when his robe opens.

SUBSTANCE USE - A man gives another man a pill and calls it a "Spanish Fly." Two men snort cocaine off two women's cleavage, and a man says he wants to get wasted and "cut my arm off." People drink alcohol in a bar and two men talk about wanting to drink heavily.

MESSAGE - Borrowing money can be dangerous. 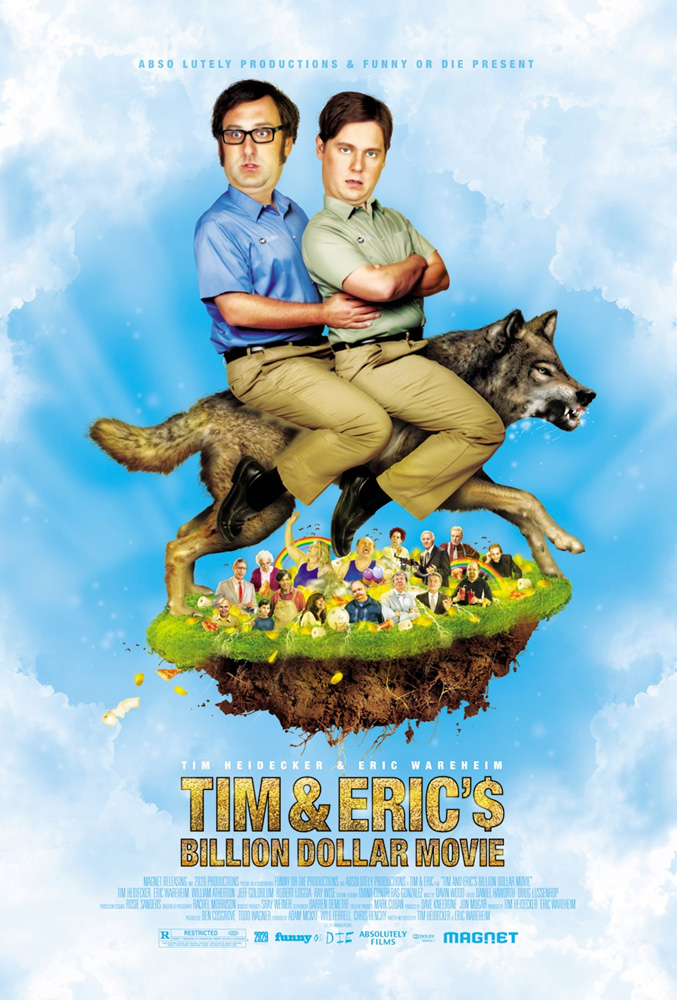