Why is “Tigertail” rated PG? The MPAA rating has been assigned for “some thematic elements, language, smoking and brief sensuality.” The Kids-In-Mind.com evaluation includes a couple of implied sex scenes with some partial nudity, discussions of pregnancy, discussions of lost loves and life choices, and some cleavage revealing outfits, many arguments, the death of parents and estranged families, and some harsh language. Read our parents’ guide below for details on sexual content, violence & strong language.” A poor Taiwanese factory worker (Hong-Chi Lee) makes the difficult decision to leave Taiwan and the woman he loves (Joan Chen) to find a better life for himself and his mother in America. Years of long hours of monotonous work and a loveless arranged marriage leave him older, divorced, and estranged from his children, and reconnecting with his past might help him find his lost dream. Also with Tzi Ma, Hayden Szeto, Kunjue Li, Fiona Fu, Yang Kuei-mei and James Saito. Directed by Alan Yang. In Mandarin with English subtitles. [Running Time: 1:31]

– A man and a woman kiss for several seconds three times at night by a stream and the camera cuts to the couple sitting side by side, her dress opened to the waist (we see her bra and bare abdomen) and he is shirtless (we see his bare chest, abdomen and shoulders) with his trousers rolled up to the knees (sex is implied).
► A man and a woman dance closely and smile, and then hug each other twice. A man and a woman enter his house, hug, kiss for a few seconds, and the scene ends (it is unclear whether sex occurred). A man in finds his first girlfriend on Facebook and they begin messaging; she comes to visit him and they talk about the past and she says she is happily married, they hug hello and goodbye and when he returns home he thinks about his decision not to marry her when he was young.
► A woman sitting in a bathroom uses an eyedropper to drip something into a container marked as a pregnancy test; we then see her several months in the future showing signs of being pregnant.
► A woman dressed in short shorts and a crop top (we see her bares legs to the upper thighs, bare abdomen and cleavage) walks along a street; she holds a cigarette but does not smoke.

– A soldier searches a woman’s house using a nightstick to pound on furniture, cabinets and tables, scaring a young boy who cowers far back under a table; the soldier taunts the woman about speaking Taiwanese instead of Mandarin and then leaves.
► A man and a woman eat dinner in an expensive restaurant and run out the door without paying; a waiter chases them across the dining room floor, shouting curses, and stops as the scene ends.
► A woman’s sleeve is caught in a machine in a factory and she screams; a young man helps release her and she shakes her hand, although we see no blood or injuries (she later has a bandage around her hand and wrist). A boy says that he has visions and we see him running in a field toward what he sees as his parents, he falls, skins his knee and the people he thought he saw are gone (his knee looks scuffed from soil). A man and a woman move into a dirty apartment and the wife scrubs long hours every day as her husband works alone from opening to closing time in a market.
► A preteen girl forgets part of a song at her piano recital, replays another part three times, and finally remembers and finishes while her parents look embarrassed — and her father is looking disgusted; on the car ride home, she cries and her father berates her for crying. A boy and his grandmother argue at length and she tells him he talks too much and that he should never cry or let anyone see him cry. A boy and his grandmother argue briefly in several scenes. A man argues with his adult daughter. A mother and her adult son argue briefly in three scenes. Two men argue in two scenes. A man and a woman argue in a few scenes. A woman slaps her husband on the forearm during a joke, but he is not injured. A woman tells her husband that she wants a divorce because he treats her like a servant and cares only for himself, working long hours and taking her for granted; they argue and he raises his voice, finally shouting for her to go and she walks out of the house. A woman looks sad as she eats alone and her fiancé enters their apartment and then leaves her with his packed bags.
► A man says that his father died when he was a year old, so his mother sent him to live with his grandparents who tend a rice field. A factory boss tells a young man that he can go to America if he marries the boss’ daughter. A young man speaks with his boss, they shake hands, and the scene cuts to the young man and the daughter getting in a taxi to go to the airport and fly to America; after a few years, the young man calls his mother to come to America, they argue, she hangs up, and she stays in Taiwan. We hear that a woman died and that her grandchildren never met her. A woman hosts a Chinese New Year party for her divorced parents and friends and her mother attends with a new husband and her father sits alone; after the party, her father stays and tells his daughter about losing the woman he loved in Taiwan. A woman has lunch with her father and they are both silent; she becomes tearful when she tells him that her fiancé left her and she leaves the cafe. A woman says that she saw a man at her factory eat pork out of the trashcan.
► A man and his daughter visit his hometown and they visit a crypt where his mother is buried in a small vault, in a wall of vaults; the foyer contains a statue of Buddha and flowers. A man takes his daughter to see his boyhood home, now abandoned and decaying, and he cries.

– Several men and women at a party hold glasses of champagne and a woman hands a man a glass of wine (no one drinks), a woman in an apartment sits with a glass of wine and a bottle of wine beside her (she does not drink), a short glass of what appears to be wine is seen on the counter of a café and two additional glasses are shown on a table (no one drinks), and a man and a woman sip from short glasses (it appears to be wine). Several men light and smoke cigarettes outdoors, a man smokes in a factory, a man smokes in a café, and a man smokes in an apartment.

– Pursuing the American dream can involve heartbreak and loss for immigrants. 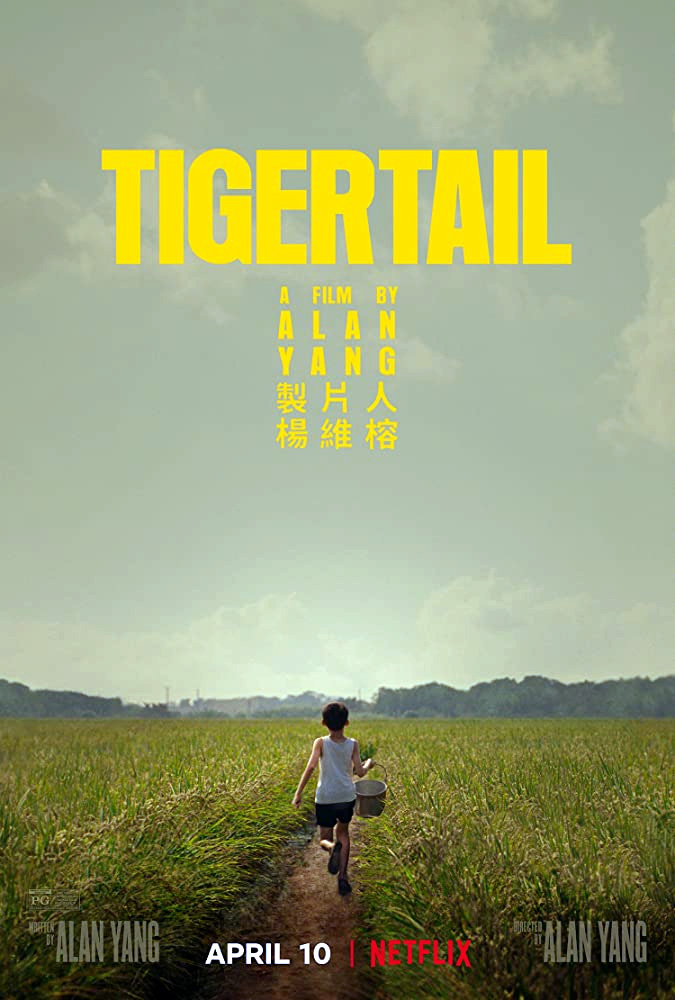