A big screen, live-action version of the marionette-manned British TV series from the 1960s: The Tracy family -- brilliant entrepreneur and former astronaut Jeff Tracy (Bill Paxton) and his five sons -- controls International Rescue, a top-secret organization that's dedicated to saving people from all over the Earth by using super advanced vehicles and equipment. When master criminal The Hood (Ben Kingsley) tries to take over the top-secret Tracy Island, the youngest Thunderbird (Brady Corbet) must come to the rescue of his entire family. Also with Anthony Edwards, Sophia Myles and Soren Fulton. Directed by Jonathan Frakes. [1:27]

SEX/NUDITY 3 - A woman flirts with a man and as she gets very close to him she makes a remark about a speech he made as being "extremely stimulating". A woman tackles a man, straddles him and leans over to kiss him, but is interrupted. A woman wearing skin-tight pants comes down a ladder, a man admires her, looks at her lustily and moves toward her. A man looks at a woman with interest. A woman pulls an underwire out of her bra (we see her fumbling under her shirt). A teenage boy remarks about how a teenage girl is "blossoming," and a teenage boy says to a teenage girl "you are blossoming." Two teenage boys talk about one of them having a crush on a girl. We see a woman in a bathtub filled with bubbles (we see her bare shoulders), a man enters the room (her butler or assistant), and holds her clothes as she dresses (nothing is visible). Two teenage boys are shown bare-chested and in skivvies, and a teenage girl teases them for acting shy. Boys admire a woman when she enters. A woman wears a low-cut dress that reveals cleavage, and a girl wears a low-cut top and shorts that reveal cleavage, bare abdomen and bare thighs.

VIOLENCE/GORE 4 - A vehicle digs underground, it runs into a monorail support, a train full of people falls into the water below and water begins to seep into the train; we see people screaming and clambering for help, a girl dives into the water to affix a cable to the train, and a flying vehicle lifts the train out of the water. A teenage boy dangles from a walkway and hangs over a drilling vehicle that is whirring loudly, a man steps on the boy's fingers, and the man loses his footing and nearly falls into the driller himself. Six people are trapped on a space station without power and are losing life support (the heat increases); we see them floating (there's no gravity) unconscious through the station. A rocket hits a space station, the man in the space station is blown back and injured. A teenage boy is thrown against a wall, he is lifted up by the throat and then dropped onto the floor. Two women fight with punches, kicks and flips, two men fight with kicks and punches, a woman fights a man with punches and kicks, and a girl kicks a woman. Two men fight, one is hit in the stomach, a teenage boy kicks a man in the crotch, a man punches a man in the face, and a man is thrown into a cage. A man hits a man in the face with a frying pan, a woman is kicked in the face, a woman is kicked backwards into a pool, and a man punches another man in the nose. An explosion on a disabled space station throws several men around. A woman holds a gun on a man, and another man picks the woman up. Three children speed through a jungle on a hovercraft while being chased by men, two children fall off, are captured by the men and taken to a refrigerated room where other people are also being held (the people shiver and appear to have frost on their skin). A flying vehicle flies very close to a bridge (the bridge is raised at the last minute) and then lands in a crowded park (it crushes a food cart and people scream and scatter). Three children are chased through a jungle by men, and they fall off a hill and into the water below. A woman kicks an icicle that falls from the ceiling and cuts a man's restraints. A man tells another man to kill a group of people. We hear that a woman died in an avalanche, and a man tells a teenage boy that his father let his mother die. We hear that an oil rig is burning and there is a threat of collapse: We see that six people are trapped on the rig, a flying vehicle drops rescue ropes to them, the men hold on, are pulled to safety and the oil rig fire is put out. A man has mental powers that make people do things they wouldn't normally do (his eyes turn red and cat-like when he is in this mode). A hornet's nest is flung onto a man, he is swarmed and stung (we see the man later with welts on his face). A scorpion crawls onto a teenage boy's shoulder, and he flips it off before stinging. A man punches through a ceiling vent, grabs a teenage boy's leg, and a teenage girl bites the man on the arm. A man holds another man by the arms and forces him to activate a certain device. A man is tied to a wall. Three children fall through a silo and land in an equipment bay (they are uninjured). A building is left in rubble after a digging vehicle tears through it. A man grimaces in a few scenes and appears to suffer from pains in his head, and a man and a woman hold their heads (a noise hurts them). A hatch opens beneath the feet of three children, they fall through a chute, flames chase them and fill the chute, they shoot out of holes in a sheer rock wall and fall into the sea below (one boy cannot swim), and they get to shore uninjured. Three men are sprayed with a torrent of green goo, they slip and slide and fall on the floor. A teenage boy and a teenage girl wrestle another teenage boy to the ground and pull out his retainer (the boy screams). A man puts a telekinesis device on his head, he thinks about lifting a telephone in the air, the phone lifts and so does a ship behind him, and then the ship crashes to the floor and makes a loud sound. A teenage boy has a cooking pan stuck on his head, and a sofa is levitated off the ground and crashes through a window (nearly hitting people).

LANGUAGE 1 - 1 mild anatomical term ("keister"), an allusion to an anatomical term (a character says "stick 'em right up your..." and is cut off before completing his sentence), a character that stutters says "fu, fu" (we cannot be sure what he was trying to say), 2 mild obscenities, name-calling and 1 religious exclamation.

MESSAGE - Teamwork is the only way to get things done. 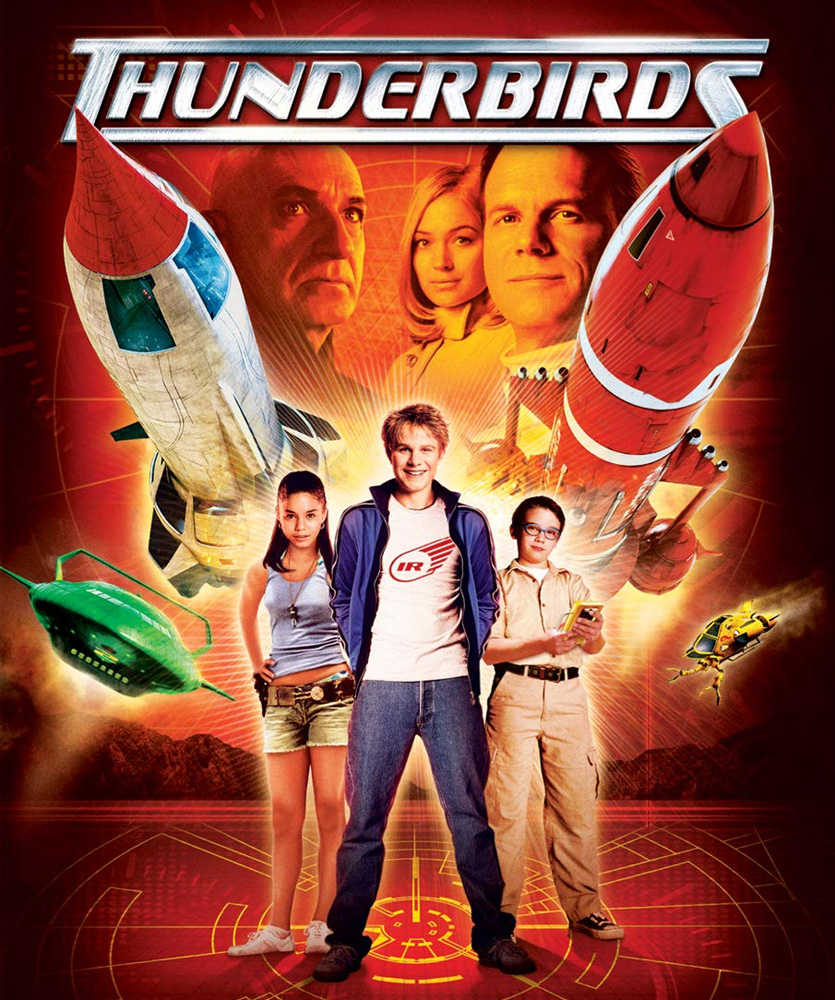