Why is “Things Heard & Seen” rated TV-MA? The TV Parental Guidelines Monitoring Board rating indicates that “this program is specifically designed to be viewed by adults and therefore may be unsuitable for children under 17.” The Kids-In-Mind.com evaluation includes a few implied sex scenes with partial nudity, a masturbation scene with partial nudity, discussions of sexual misconduct in the workplace, a murder with an axe, discussions of the death of people by asphyxiation, a car accident leading to a woman in a coma, scenes of abuse by a husband against his wife, many ghostly images and scenes with eerie music, many arguments, a woman suffering from bulimia, and over 20 F-words and other strong language. Read our parents’ guide below for details on sexual content, violence & strong language. A woman (Amanda Seyfried) moves with her husband (James Norton) to a small town for his new college faculty position. However, after they move into an available farmhouse, she thinks it is haunted, and she also begins feeling her husband has taken a sinister turn and she worries about their young daughter’s safety. Also with Ana Sophia Heger, Charlotte Maier, Kristin Griffith, Karen Allen, Alex Neustaedter, Jack Gore and F. Murray Abraham. Directed by Shari Springer Berman & Robert Pulcini. [Running Time: 2:01]

– A husband and his wife lie under covers in bed, kiss and joke about “de-stressing”; in the darkened room, he is shirtless and we see his bare shoulders and upper chest, and she wears a long gown that shows her bra and high-cut underwear through the fabric as well as cleavage and partial legs; we then see the couple nude under covers (nothing else is seen and sex is implied). A wife sees her husband as he masturbates in the shower (we see his bare back and buttocks) and hear him moan and grunt and see his arm moving rhythmically. A woman wearing a T-shirt and underwear lies on a bed and a man approaches her as the scene ends (sex is implied). A woman lies on a bed and a man sits on the floor, fully clothed. A woman embraces a young man, lies on top of him in the grass, and kisses him; she puts her hand down the front of his pants and the scene ends (sex is implied).
► A man walks into his dimly lit house where his wife questions the whereabouts of his clothing, and we briefly see him in full back nudity (bare back, buttocks and legs). A pre-teen boy briefly looks at a woman’s nipple outlined in her T-shirt. An old ring features a carved likeness of two robed figures facing each other with their pelvises touching. In a long shot, a young man removes his T-shirt and we see his bare back and one bare side.
► Men at a holiday dinner joke about a woman being a “closet lesbian” and a man being a “first class homo”; one of the men later tells his wife that her new female friend is the lesbian and orders her to stay away from the friend, which she refuses. A man says he was ostracized at work for reporting the sexual misconduct of his supervisor. A twenty-something man flirts with an older married woman, smiling and standing close to her. A preschool girl tells her mother that her father has a new friend, a twenty-something college woman.

– Parents argue about the father’s desire to drug their young daughter with sedatives to make her sleep at night and leave him alone and he takes a prescription to the druggist for the sedatives and mentions the girl’s night terrors as the pharmacist looks doubtful (we never see the drugs), a young man and a young woman smoke marijuana cigarettes in a pickup truck, two men smoke marijuana cigarettes in a yard as one of the men says he grows the marijuana, and a man and a woman share a marijuana cigarette at a party and the man becomes aggressive and grabs her wrists as she shouts and she leaves as he giggles. Several scenes show men and women drinking wine at parties as well as in a kitchen and at two dinners, a pre-teen boy walks around a party with two bottles of wine in his hands and he pours drinks for adults (he is not shown drinking). A man and a woman take a puff each from a cigarette.

– Abusers often isolate their victims and escalate abuse into mayhem and murder that become intergenerational. 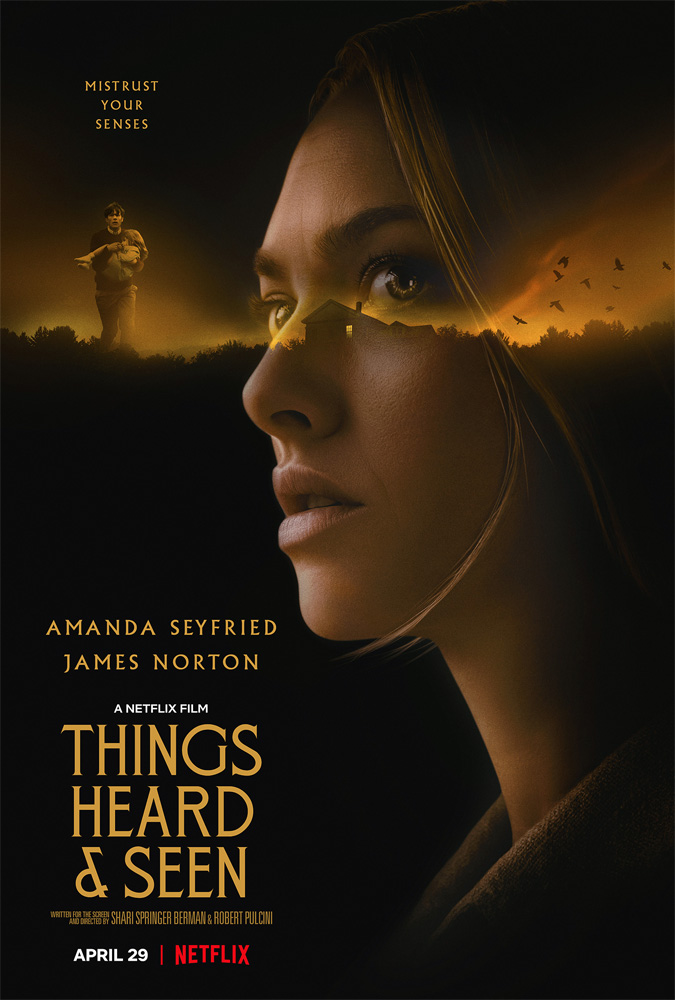