In the 1980s a journalist (Dougray Scott) researches his new book about Father Josemaria Escriva (Charlie Cox), from his childhood through to the 1930s Spanish Civil War. Father Josemaria founded the controversial Opus Dei community and fled communists to spread his beliefs, and the journalist's father (Wes Bentley) had been a childhood friend of the priest and a short-term student at a seminary. Also with Derek Jacobi, Geraldine Chaplin and Unax Ugalde. Directed by Roland Joffe. [1:57]

SEX/NUDITY 3 - A man asks a woman (both are soldiers) if she gave herself (sexually) to the unit's leader, she angrily admits it, we see her abdomen swollen and the male soldier guesses that she is pregnant; the camera cuts to a farmhouse window where we see only the woman's bare thighs and bent knees, we hear her scream and a baby cry, another woman attempts to hand the baby wrapped in a blanket to the mother but she refuses and we hear that she abandoned the baby on this farm. A man and a woman are seen in a bed; she is wearing a slip and he wears a T-shirt and pajamas bottoms.
► After hearing a confession, a priest tells a woman that he cannot accept her kind offer of shelter from communists because even though he is a priest, he is also a man, and they cannot stay in a single room together; she kisses him on the cheek and walks away. A priest begins a community of people in which single men and women in separate groups will maintain celibacy.

VIOLENCE/GORE 5 - A woman is shot in the forehead, the camera pans to her lying on a sandbag and we see a red dot between her eyes. An elderly priest is pulled into the street and shot in the back of the head and is then spat upon; we see no blood as he falls from a kneeling position onto his face.
► A man lies dead on the ground after shooting himself, with a large pool of blood under his head. A man confronts a woman and accuses her of being a spy, he pulls a handgun, pushes the muzzle into the back of her head as she kneels down crying and we hear a gunshot. A sniper prepares to shoot several people, we hear shots and the camera cuts back to show the sniper lying dead; we see no blood.
► In half a dozen scenes of the Battle for Madrid and other battles in the Spanish Civil War, we see encampments being fired at and bombed by soldiers; we see several small fires on the ground, fires burning in cathedral windows, a couple of fiery explosions and people falling (no blood is visible).
► In a battle sequence, we see some blood smeared on the foreheads and cheeks of soldiers, and one man lies dead and facing the camera with his chest and stomach red, and his hands bloody; another man screams and holds his left thigh, but we see no wound, the camera cuts to soldiers carrying dead bodies to holes in the ground, and we see one body dumped in a hole as another soldier digs a hole nearby.
► In a flashback, we see men kidnap another man, wrap him in burlap, gag him and put him on the floor of a car; one man says the gagged man helped to kill another man's father and one man crunches the other man's hands around a handgun to make it shoot and kill the gagged man off screen.
► A priest goes to a church, workers and communist soldiers barge in, set it aflame, break statues, and threaten him with a knife; he gets away unharmed as he runs to a train and the conductor slaps one of the workers in the face and tells him to move away.
► We see a father cane his 9-year-old son on the back through his sweater and shirt. A priest sits in a bathtub filled with water (we see his bare back) and picks up a leather belt while the camera pans to a painting in another room, of Christ after His scourging, cut and bleeding; we hear slaps and groans from the bathroom where the priest is presumably whipping himself.
► Soldiers wake another sleeping, pregnant soldier, pronounce her a spy, and then kick and beat her (her face is bloody and her left eye is swollen shut). A man shouts at another man (a former friend), it escalates into a fight and the first man receives a bloody nose; the two are told that they can still be successful, even though they are a hypocrite and a loser.
► A few scenes depict soldiers going house to house and looking for Catholics, intent on killing them; in one scene, a man protects his family and a priest hiding in a closet by presenting a falsified ID.
► Three elderly men die, two in hospital beds, and one silently at home. A sick elderly man has a vision of a childhood friend as a boy and we see the boy standing at the foot of his bed; the man smiles slightly and dies silently as his son cries over his bed. Twice (one in flashback), we see the body of a dead priest lying on the floor; other priests find him, shout for help, and run to report the incident as the scene ends.
► Protestors fill the streets of a village with people shouting and raising their fists, windows are broken as bricks are thrown and in a nearby alley, and boys with sticks march and pretend to have a firing squad.
► We see a funeral procession and a dead baby in a small coffin driven in a wagon pulled by horses. We hear that a baby boy and three baby girls died in a small village.
► A 9-year-old boy removes his shoes and socks and follows a priest through snow at night; the camera cuts to the boy at home, looking at the blistered and abraded sole of his foot. We see a barefoot priest walking in snow at night. A priest and his followers march over a rocky mountain during a nighttime snowstorm.
► A deceased baby's brother throws his dinner dish against the wall and breaks it in frustration. Two sets of parents let their 9-year-old boys stand in the front seat and drive their autos and they nearly collide (no one is harmed).
► We see a hospital wards containing many patients and a priest attempts to comfort each one. A priest hides in a mental institution, where inmates dance and applaud the flashes and booms of bombs around the facility.
► An elderly man, wakes up with a start several times from nightmares about the Spanish Civil War; each time he gets up to walk around, his back is bent and he moves slowly. We see an old man wearing an oxygen mask in a hospital bed; he breathes heavily and argues with his son briefly and they both cry.
► A man washes bedpans after a hospital staff person says he cannot stand the smell enough to do it. A teen girl speaks to a priest as he prays, saying that God is a monster but she fights Him with love.
► We see a news photo of a nun with a tumor the size of an orange on her clavicle and hear that it disappeared when she called on the name of a dead priest. We see healed scars on a teen girl's wrists from suicide attempts.

SUBSTANCE USE - We see an old man look in his medicine cabinet at boxes of pills and take out a box of sleeping pills and the camera cuts to him sleeping restfully in bed. A priest visits a dozen homeless men camped in an alley where they are shown drinking from wine bottles, we see a priest giving communion wine and wafers to his followers and in one such scene we see him quickly eat all the wafers and drink the whole cup of wine (we hear that soldiers are approaching and killing all Christians that they find). We see several men smoking, alone or during a meeting. 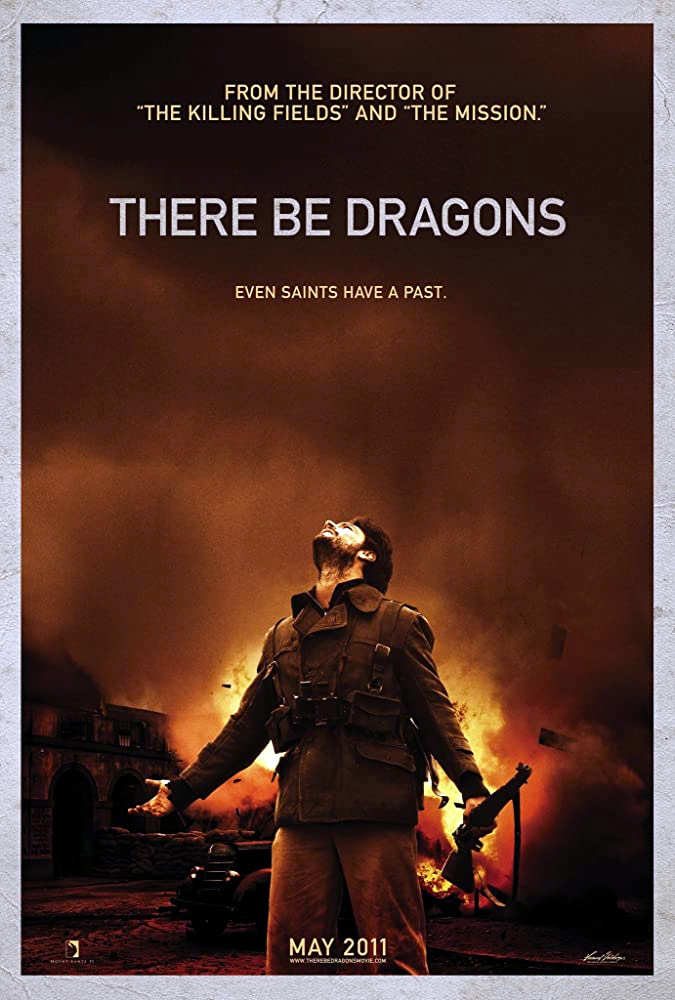