In this fifth installment the Guardian Terminator (Arnold Schwarzenegger) time travels to fight the Skynet artificial intelligence and a new Terminator, version T-3000 (Jason Clarke). The Guardian's mission is to save a woman (Emilia Clarke) and her son with the help of a soldier (Jai Courtney) from the future, but changes in the timeline interfere. Also with Lee Byung-hun and J. K. Simmons. Directed by Alan Taylor. [1:57]

SEX/NUDITY 4 - In two scenes we see a nude human from a back or profile view as he falls into a street; in one sequence he stands nude on a platform with a nude woman and we see both of their shoulders, arms and lower legs before they fall into traffic on a freeway and roll over holding each other (we see full back nudity of each person) and when they stop rolling breasts may be visible very briefly. A male cyborg walks in shadows, fully nude from front and rear views; the genital area is hidden, but we see torso, back, abdomen, buttocks and legs. We see a man wearing only pants as he steps onto a platform where he removes the pants below the frame and in two angles we see his chest and navel. Teens and youngsters at a beach are shown wearing knee-length shorts; one teen girl is seen moving away from the camera and she is wearing similar shorts with a halter top that bares most of her back and arms with her hair covering her shoulders. A man appears shirtless and wearing blue jeans in three scenes, revealing his bare chest, back, shoulders and arms. A woman wears a tight, sleeveless, scoop neck top that reveals significant cleavage in several scenes.
► A woman touches a man's face and they kiss passionately for a few seconds.
► A cyborg asks a woman three times if she has mated with a human yet; she is exasperated each time and says no. A man looks in the direction of another man's groin below the frame and says the word "little."

SUBSTANCE USE - A woman declines an unnamed anesthetic to have a shoulder wound stapled closed. A man says that when a war is over he would like a cold beer, a homeless man in an alley is seen holding a bottle (probably alcohol) in a brown paper bag, a man asks another man if he has been drinking, and many men and women raise glasses of wine (no one is seen drinking). A man in a truck holds a cigar between his teeth and it looks as if it has gone out.

MESSAGE - Technological advancements can ease life or become dangerous. Plans for the future do not always work. 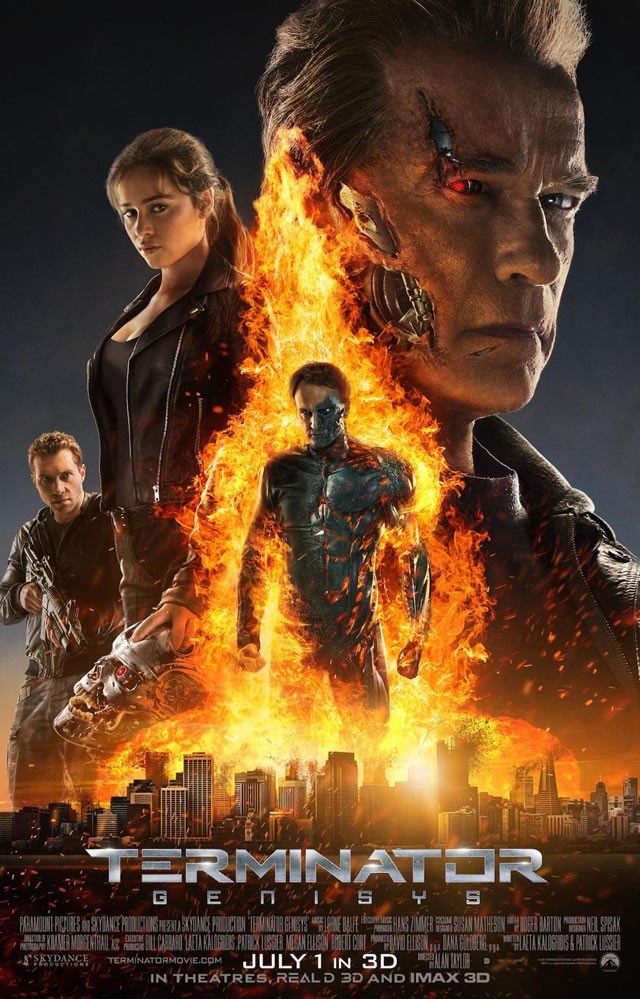