A look at the lives of a wide variety of people spanning the globe, concentrating on intersecting relationships. With Rachel Weisz, Jude Law, Anthony Hopkins and Lucia Siposova. Directed by Fernando Meirelles. [1:50]

SEX/NUDITY 8 - We see a man and a woman having sex with the man thrusting on top of the woman (the woman's bare breasts are visible and her legs are wrapped around the man's waist); the man pulls away as the woman explains that she will charge more if she stays with the man longer.
► We see a man thrusting on top of a woman (her bare breasts are visible), he pushes the woman's head down toward his crotch and it is implied that she is performing oral sex on him; then the man shoves the woman off him, throwing her to the ground (please see the Violence/Gore category for more details).
► We see a man with a towel around his waist (his bare back and chest are visible) as he begins to kiss a woman and she pulls away, he pulls off the towel and we see his bare buttocks while he teases the woman about her seeing his genitals, and he continues to kiss her face; then they kiss passionately as the woman begins to take off her clothing, sex is implied, and moments later we see the woman lying in bed with blankets pulled around her and the man is seen pulling on his pants. A woman briefly experiences a flashback (we presume of her having sex) and we see a man's hand touches the woman's neck as we hear a sexual moan.
► A woman quickly takes off her blouse and bra, we see her bare breasts and it is implied that a man is taking nude photographs of her. We see a woman posing for multiple nude photographs and her bare breasts are visible in the shots. We see a woman taking off her shirt (her bare back is visible) and posing in a shirt that shows cleavage. We see a man and a woman, fully clothed, in bed together. We briefly see a portion of a man's bare back as he changes his shirt. We see a man's bare chest. A shirtless man paces around a room (his bare chest is visible). We see a man pulling on a shirt; a portion of his bare chest is visible. A woman is seen in the shower (no nudity is visible). A man watches a woman breastfeeding (no nudity is visible).
► A woman tries to have sex with a man and attempts to kiss him, the man pushes her hands back and shoves her, and then runs into a bathroom and locks the door (we know he is a sex offender but the woman does not); the man then is seen, chest-up, presumably sexually gratifying himself.
► A man implies that he wants to have sex with a woman in order to place her nude photographs on the Internet for money and we see the woman take off her jacket (sex is implied). As a woman sleeps, unaware, a man runs his hands over her body.
► A man and a woman kiss briefly. We see a man look at a photograph of a man and a woman kissing. A man leans in to kiss a woman and the woman pulls away. Men and women hug and kiss one another on the cheek in greeting.
► A man tells another man that a female prostitute had wanted to meet with another man; he then explains that he had met with the woman instead and had sex with her and the man says that the sex had been outstanding, using crude terms. We see a prison "Sex Offender Unit"; it is implied that a man is imprisoned for being a sex offender and he tells a female therapist that it is going to be difficult for him to be around women. An older man reads a note to a group of people and the note, from a woman, implies that she had left to have a sexual liaison with a man she had just met. An older man tells a woman that his daughter had found out that he was having an affair, and the daughter was upset and told her mother; the man then explains that his daughter had run away "into the arms of a man." A woman tells an older man that her boyfriend would frequently sleep with other women. A woman implies that she is going to sleep with a man, asking him to come back to her hotel room. Two men joke with another man saying that a woman is a prostitute and they should wait and see the man who comes to use her service and blackmail him with photographs. An older man advises a man to find a new wife to "fulfill desires." Two women discuss being prostitutes and one of them says the sex is not the worst part. A man tells a therapist that he has developed feelings for a married woman that he works with and the female therapist advises the man that he is responding to affection the woman is projecting.

VIOLENCE/GORE 4 - As a man watches, a second man approaches a hotel room door and we hear gunshots and a thud; the first man listens to the scuffle on his cell phone and it is implied that the man that approached the room shot another man inside and we later see a man lying dead on the ground.
► A man throws a woman off a bed and we see her head hit the wall as she falls to the ground with a thud and the woman is unconscious; the woman wakes up, unharmed, and leaves the room as she walks over a man's dead body.
► A man implies to a woman that he had killed another man (we see him make a gun with his hand) and split the man's money with a woman.
► A man holding a gun paces around a room. We see a man ready a handgun as a woman narrates that the man is carrying the handgun for another man. A man pulls a handgun from a glove compartment and cocks it.
► A woman accidentally smacks a man in the head with her handbag. A man dramatically walks away from a woman, slamming the door behind him.
► A man shouts angrily over the phone at another man. An older man asks a man to page a woman over the loudspeaker but worried that she is in trouble, the man disregards the older man's request. An older man tells a woman that police had found the dead, burned body of a young woman they believe could be his missing daughter; we later see the older man look at an unseen body (a man pulls back a blanket) and he says that it is not his daughter. An older man tells a woman that his daughter had run away and is now believed to be dead after missing for a long amount of time. During an AA meeting an older man discusses that his daughter might be dead. A man says that another man had lost his wife, he does not explain how. An older man dramatically says that the idea of getting sober through AA used to make him "want to puke."
► A dentist warns a patient, "This may sting a little" and we hear the man yelp as he is injected (we do not see the dentist inject the patient).

SUBSTANCE USE - A man smokes a large joint and offers some to another man who turns him down, and a woman tells a man that she is going to smoke a joint on the beach. An unseen man asks a woman if she would like a drink to relax, throughout the movie we see men and women drinking alcohol in a bar and on an airplane, we hear a woman joke that she will need a glass of wine, a woman remarks that she is feeling hung-over, and we see a group of men and women at an AA meeting. Men and women smoke cigarettes throughout the movie.

MESSAGE - Relationships can be very difficult, but can be universally similar. 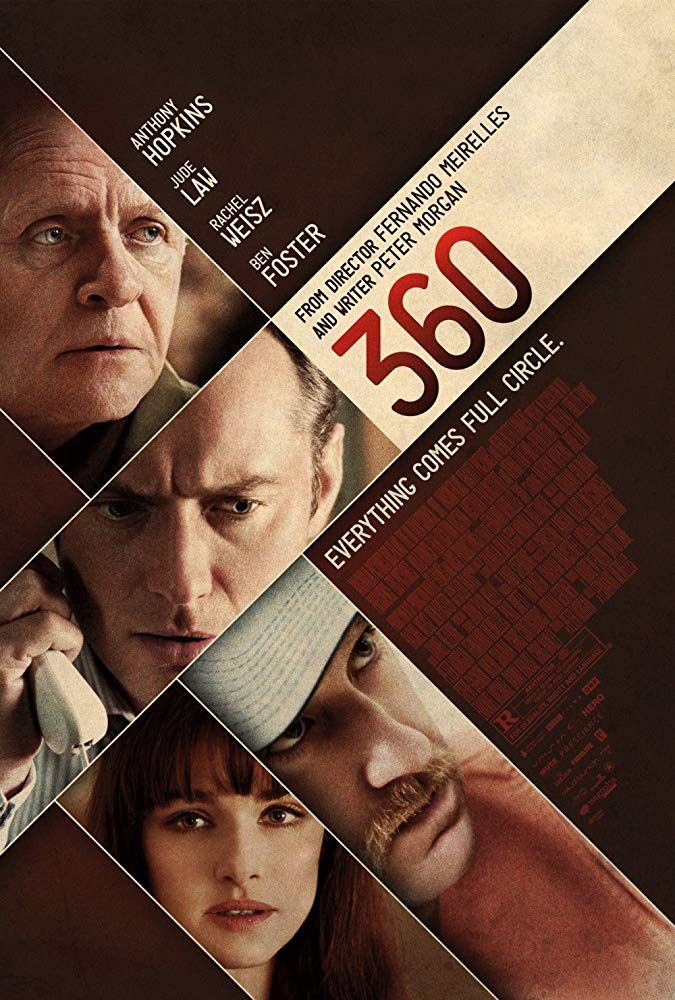