Paul Walker reprises his role as an ex-cop turned car racer, now in Miami, Florida. This time he recruits a childhood friend (Tyrese Gibson) to help him take down a drug smuggler (Cole Hauser), while working with an undercover agent (Eva Mendes). Also with Ludacris, Thom Barry and James Remar. Directed by John Singleton. [1:34]

SEX/NUDITY 4 - A man and a woman kiss a few times, and a woman kisses a man on the cheek. A night club scene shows many men and women dancing together with thrusting and wiggling hips and the women are scantily clad. Two women lean over a car polishing it, and a man grabs their buttocks, and a man smacks a woman's buttocks. A woman sucks on a lollipop seductively, and a woman eats a grape seductively. Innuendo includes: A man asks a woman "when are you going to pop my clutch?" and the woman responds "when you get the right set of tools"; a man tells a woman to bring her car into his shop so he can "work on that front end"; and a man says to another man as he's being taken to jail "don't drop the soap..." Two men admire women in several scenes, sometimes making suggestive remarks. Women wear small, tight-fitting outfits and bikinis throughout the movie exposing cleavage, bare abdomens, bare shoulders and backs, bare buttocks and bare legs. A man takes off his shirt and we see him bare-chested, a man sleeps in bed with no shirt on (we see his bare back). A man's shirt is torn open and we see his bare chest (this is during a scene of violence; please see the Violence/Gore category for more details).

VIOLENCE/GORE 5 - A man is shoved down onto a table, two men hold his arms down, his shirt is torn open, a rat is placed on his stomach, a bucket is placed over the rat, the bucket is heated with a torch and we are told that the rat will eat his way down when it gets too hot (the man writhes, screams and pleads and we see his stomach with bloody gashes and slashes). A man drives a car off a pier, it crashes into a boat, a man comes up from below with a gun, and he's shot (we see blood on his shirt and pants, as well as later while he's being bandaged). A man pulls a gun and shoots at a police officer and his car. A man slams another man's head against a car dashboard repeatedly, pushes a button and the man and his seat are ejected out of the car and into water. Two men hold guns on two other men and they yell back and forth at each other to put down their weapons. A car crashes into another car, two men in one car fight over a gun, one man tries to bite the other on the arm, and then two men punch and kick a man repeatedly. A man holds a gun on another man, they lunge at each other, they are held back by others and all of them yell and shove. A man threatens another man's family, a man shoves a woman against a wall and threatens to kill her. A man holds a gun on a woman. A man shoves and spits on a man, he punches him in the face and stomach a few times and they wrestle on the ground exchanging more hits. A car is rigged to drive unmanned and it crashes into another car. A car swerves and runs into a sign, two other cars play chicken, and one drives off the road and then back again. A demolition derby shows cars ramming into each other; one car's hood pops off, and one car flips over. A man flips off a skidoo while racing (we see him bouncing off the water). Cars race through highway traffic; they swerve back and forth across the lanes between cars, one tries to squeeze between the trucks, he's bounced back and forth, goes under one, is trapped by the tires, the truck eventually rolls over the car, other cars crash into it, and a car crashes into a water barrel barrier soaking other cars. Large trucks drive toward many police cars, drive over them and push them aside. During another chase and race scene many cars crash, one is shot with a taser, the driver leans out of his window, pulls the taser out and throws it at another car that then crashes and others crash into it. A group of heavily armed police officers surround a car, pull out the driver and hold him at gunpoint. A group of men talk about an ambush, and we hear that a man is planning to kill two men. A man squirts a flammable liquid on a car's windshield and lights it. Four cars race through streets; they swerve, take tight corners very fast, one bumps the bumper of another, one rams another, and three cars jump over a raised bridge (one crashes into a billboard but the driver is not badly hurt). A man punches a car window breaking it. Police cruisers pursue cars through streets, a couple of cars crash, one is shot with a taser that knocks out its electrical system, it runs onto a sidewalk, and into a parking meter and the driver is held at gunpoint. A man walks into a street and two cars speed around him (he's not hit). A man stares at a woman while he's driving (he does not watch the road for some time). A man and a woman yell at and call each other names. Two men use sledgehammers to tear a wall down.

SUBSTANCE USE - People are shown drinking alcohol and smoking.

MESSAGE - We all must take responsibility for what we do. 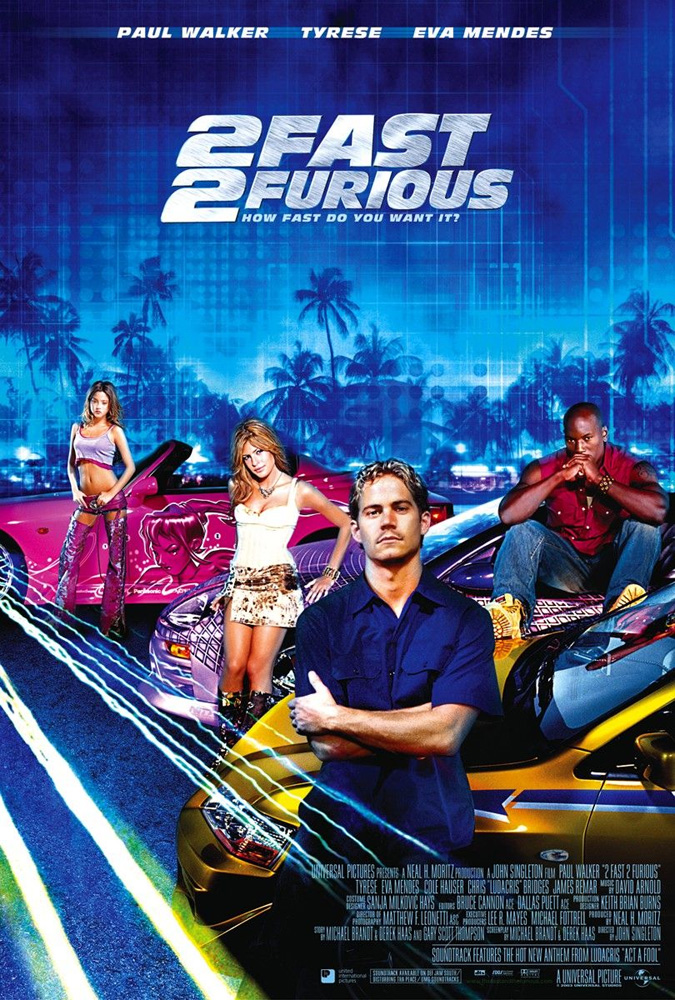