A very wealthy man dies and leaves his spectacular old house to his nephew. When the nephew and his family arrive at the estate they are overwhelmed by its beauty, but soon discover that it is haunted by some very unhappy and violent ghosts. With F. Murray Abraham, Tony Shalhoub, Shannon Elizabeth, Kathryn Anderson and J.R. Bourne. [1:28]

SEX/NUDITY 5 - We see a nude female ghost, in many scenes and from different angles.

VIOLENCE/GORE 9 - We see ghosts throughout the film. They are all decayed and malformed: one has his head in a metal box, one has stakes all over his body, one woman has a broken neck, half of one's face is burned, a boy ghost has an arrow through his head, one is decapitated, one is severed at the waist, one is missing the side of his head, one has many puncture holes all over him, one has what looks like vomit on his face, one is a haggard old woman, and another is a nude woman with slashes all over her. A man is sliced in half by glass doors closing quickly; we see his alarmed face as his front half slides down the glass exposing his bloody insides (we see his remains again). A large group of people are in a dark and eerie wrecking yard where trucks drive through spraying blood, piles of cars tip over nearly crushing people as they flee, a man is cut in half by a car, a man is dragged up and into a car and we see a spray of blood on the windshield, a man is dragged into the trunk of a car by being broken in half backwards, and a man is trapped in a glass cage with a ghost who tears him to pieces and we see blood spray and smear on the glass. A group of ghosts grabs a man and throws him into some spinning rings which slice him into small pieces. A ghost swings a hammer at a man several times and he is hit on the back of the neck, another ghost approaches, picks him up and breaks his back around a corner (we see him fall to the floor with blood pouring from his mouth). A woman is squished between two glass walls as they close on her (we see blood pour from her eyes, nose and mouth as she screams). A ghost lunges at a young woman with a knife, a ghost drags a young woman down a hall while she screams, pushes her up a wall and slashes at her (we see bloody scratches on her face) tearing open part of her shirt. A ghost jumps a man and tears up his back leaving bloody slashes. A ghost beats a man with a bat and we see a bloody head wound and hand. A young woman primps in a mirror and washes her face in a bathtub; but what we actually see -- that she doesn't see -- is a dead woman in a tub of blood, blood pouring from the faucet and blood splattered all over the room. A ghost chases three people down a hall and slams into a glass wall. A man touches a glass wall and a boy on the other side is thrown back. We see a man with a gaping neck wound and blood streaming from his mouth; also a man has been sliced across the throat by a piece of metal and we see a very bloody neck wound. A ghost pounds on glass with a baseball bat and sparks fly (two men are on the other side of the glass). A boy walks through a hallway alone where he hears voices and when he sees ghosts, he runs and hits a glass wall and falls to the floor. We hear the sounds of a house fire and we discover that a woman has died in the fire. A boy and young woman are trapped in the center of rotating rings, surrounded by ghosts. A man runs toward another man and punches him, the man kicks and hits him back with his walking stick, which is then unsheathed to reveal a sword. A man punches another man in the face and they both fall to the ground, and a woman pounds a woman on the head with a book. A man talks about a man having murdered nine people. We see a book with sketches of gruesome ghosts. A man and woman are held by two men as they struggle and yell at a man. A boy talks about death and the decapitation of a victim. A man is frequently in agony: he sees scenes of death when he touches people; the scenes come in flashes and seem to be very painful. A man breaks a chair while trying to break a window, and a house breaks apart throwing shrapnel all over.

MESSAGE - Knowledge is power. Love is the most powerful energy. 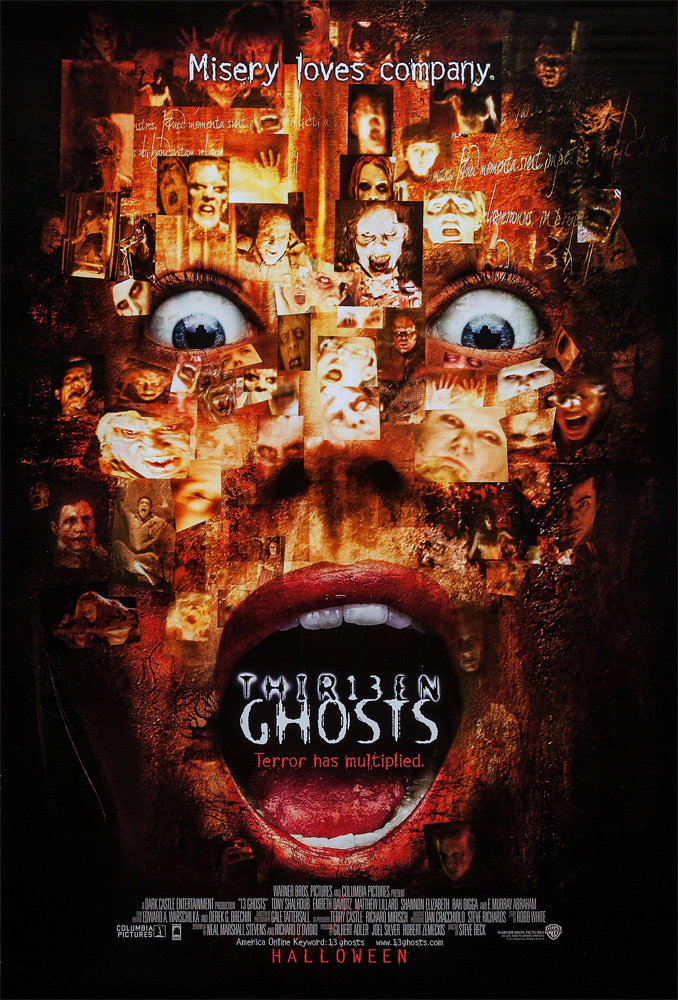