Why is “Synchronic” rated R? The MPAA rating has been assigned for “drug content and language throughout, and for some violent/bloody images.” The Kids-In-Mind.com evaluation includes an implied sex scene, a couple of kissing scenes and a strip club scene with partial nudity, several scenes with bloody deaths and a dismemberment after a drug is taken and the people taking it apparently time travel, discussion of cancer treatments and a couple of scenes of the treatment being administered, discussions of designer drugs and drug use, and about 46 F-words and other strong language. Read our parents’ guide below for details on sexual content, violence & strong language. Two New Orleans paramedics (Anthony Mackie and Jamie Dornan) are sent on especially strange emergency calls, and they discover a world of surreal drug use, time travel, and the disappearance of one of their daughters (Ally Ioannides) down a psychedelic rabbit hole. Also with Katie Aselton and Bill Oberst Jr. Directed by Justin Benson and Aaron Moorhead. A few phrases are spoken in Spanish, French, Creole and two unidentified languages without translation. [Running Time: 1:42]

– A man in a darkened bedroom is shown wearing tight underwear, seen from the back in a long shot with a woman under bed covers with bare shoulders and one arm showing; the man leaves after saying it is good to meet the woman (sex is implied). A man and a woman lie on a bed, fully clothed and he kisses her on the cheek. In a background shot, a man and a woman kiss briefly. A man and a woman sit on a bed fully clothed, watching TV.
► A man is described as a ladies’ man. A man says he may be getting a divorce because the disappearance of his daughter has strained his marriage, and he cries for several seconds. A man says he wishes his wife wore sexier underwear. A young woman says she is pregnant. A woman tells her baby that a male friend “slept with all Mommy’s friends.”
► In what we hear is a strip club, we see a pole in the far background with a woman on it (her bare shoulders, arms, thighs, abdomen and a glimpse of a sports top and cleavage are shown).

– A few people mention a recently discontinued psychedelic drug called Synchronic and other drugs are mentioned (morphine, codeine, coke, heroin, ganji, sugar booger and bath salts), a man buys all of the Synchronic drug left at a smoke shop and another man offers him a large sum of money for it but is denied, a man takes a pill several times and travels through time because of its effect, a man suspects his work partner of stealing morphine from their paramedic truck when a dispatcher calls to say the drug is being stolen, and a man says that he used recreational drugs for 10 years. Two men at a bar table hold bottles of beer, a beer bottle is shown on a kitchen counter in a home, two men share a pint of whiskey and later drink from beer bottles beside a river, a man drinks from a pint bottle hidden in a paper bag, a teen girl drinks a cup of beer given to her by a man, a man says that he drank tequila, and a man drinks several times from a large bottle of whiskey. A woman in a smoke shop vapes and we see packages of various vaping materials.

– Designer drugs are dangerous and can damage families and friendships, as well as mind and body. 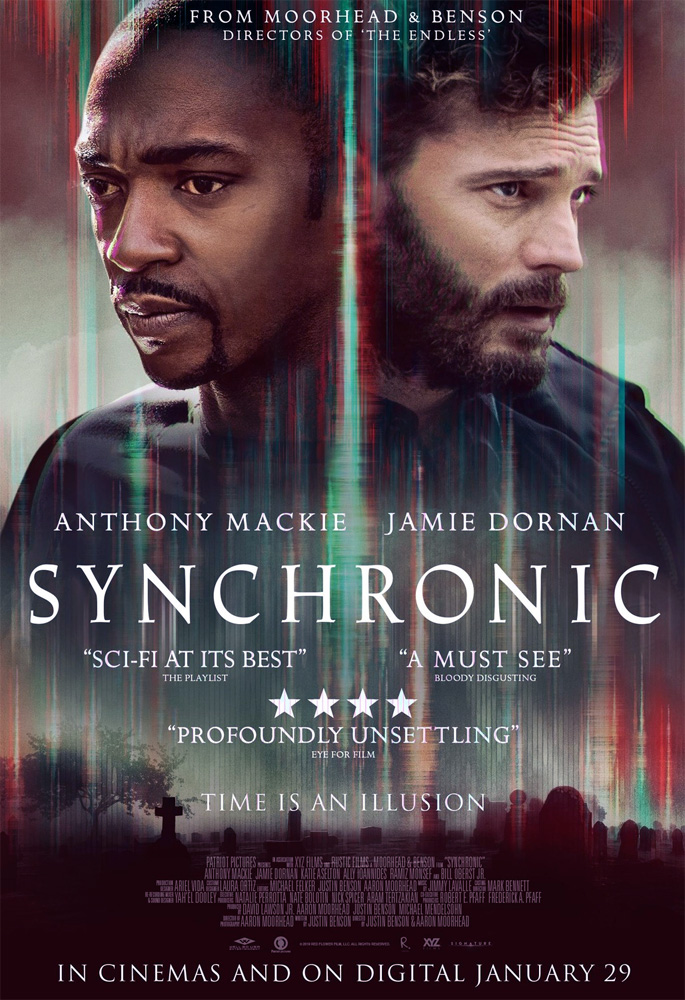