After a teenager's (Mia Wasikowska) father (Dermot Mulroney) dies in a car accident, her uncle (Matthew Goode), previously unknown to the family, comes to live with her and her mother (Nicole Kidman). She soon becomes infatuated with her mysterious and charming uncle, as does her mother. Also with Harmony Korine, Phyllis Somerville and Jacki Weaver. Directed by Chan-wood Park. [1:38]

SEX/NUDITY 6 - A teen girl in the shower and we see her bare breast in profile, her bare buttocks and her hand on her crotch; it is implied that she is sexually stimulating herself while she has flashbacks of a teen boy being killed and then buried (please see the Violence/Gore category for more details).
► A teen girl and her uncle play the piano together, the man wraps his arms around the girl and she moans sexually, grasping her legs together as it is implied that she climaxes; the man looks satisfied, smells her face and he then disappears and the teen girl continues sitting at the piano by herself.
► A man puts his arm around a woman (his widowed sister-in-law) and they dance and then kiss briefly as a teen girl watches; the man places his hand over the woman's breast and gropes her, and she leans her head back in enjoyment.
► A teen girl and a teen boy run through the forest together, the boy makes a vaguely sexual comment and the girl responds by kissing him passionately, and guides the boy's hand over her breast and then pulls away; the boy pulls the girl back angrily, unbuttons his pants and shouts at her, implying that he is going to force himself on her if she will not submit to him, she kicks him in the crotch, he kicks her in the stomach and the girl's uncle appears and attacks the teen boy (please see the Violence/Gore category for more details).
► A man guides his teenage niece's foot into a pair of high-heeled shoes, and the man's hand lingers over the her foot longingly; the man then touches the girl's face, pulling away when the teen girl's mother catches them.
► Several teen boys tease a teen girl, saying that her mother is "getting it" from her uncle and one of the boys grabs his crotch (the girl is visibly upset). A teen boy tells a teen girl that his eyes are "puberty inspectors" and a group of teens laugh; the boy attempts to "lunge" at the girl, pulling back his curled up fist, but he does not strike her. A teen girl tells her mother that she had "seen her" kissing and being groped by her uncle (the woman's brother-in-law), and the woman denies it, saying that the teen girl had seen "nothing." Several teen girls gasp and cry out when a man smiles at another teen girl (his niece). A teen girl's voiceover states that she comes from "a lifetime of longing."
► We see a spider crawling up the stocking-covered leg of a teen girl and going under her skirt (we see this scene multiple times). We see a teen girl wearing a slip, doing "snow angels" on her bed.

SUBSTANCE USE - A man offers his teenage niece a glass of wine and she drinks it in a large gulp, a woman drinks wine throughout the movie and to the point of passing out, a man and a woman share a bottle of wine, and a woman talks about the taste of the wine. 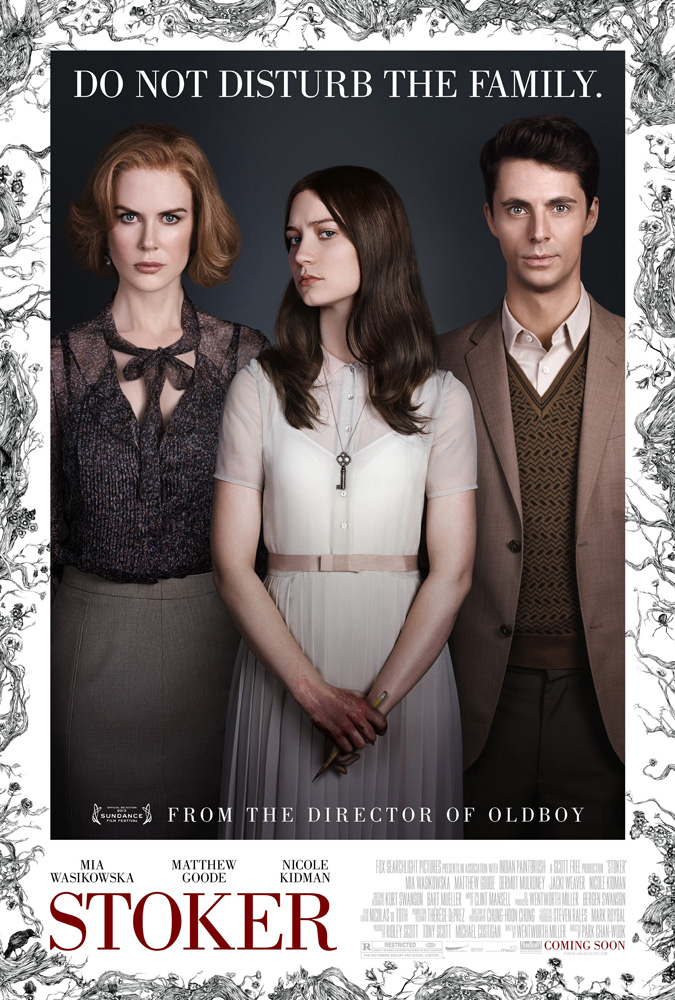