The Simpsons make their big screen debut: When Homer pollutes Springfield's lake by dumping in it a large container of pig feces, the insane EPA chief places a dome over the whole city and decides to blow it up. The Simpsons must now save their city, and Homer must redeem himself. With the voices of Dan Castellaneta, Julie Kavner, Nancy Cartwright, Yeardley Smith, Harry Shearer, Hank Azaria, Albert Brooks and Pamela Hayden. Directed by David Silverman. [1:25]

SEX/NUDITY 5 - A boy skateboards nude through a town and his bare legs, abdomen and buttocks are visible, while his genitals are blocked by different items as he passes; he continues through the town and at one point his genitals (in cartoon outline) are shown briefly.
► A husband and wife stand in a bedroom, the woman's dress is torn up the back by a friendly deer's horns and she is left wearing a short negligee that reveals cleavage and bare legs; the man is helped out of his clothes by many friendly birds (we see him bare-chested and wearing jockey shorts), they walk together toward the bed, and animals in the room look on with alarm -- the scene ends implying that they are having sex.
► We see a man and a horse kissing on TV, and then a man asks a pig if it thinks they should also kiss to break the tension (we do not see them kiss). A man and a pig share the opposite ends of a carrot, and the man blows on a pig's stomach and makes raspberry noises.
► Two male police officers kiss passionately and grab each other's buttocks, and go into a room. A man and a woman kiss in a few scenes.
► A man asks a woman which way to go and she uses her breasts to point the way. A large silo has a phallic shape. A boy strung up by his pants on a flagpole exposes a bit of his buttocks cleavage. A man is shown bare-chested. We see a man in jockey shorts after people steal his clothes and two men in their underwear. A boy wears a bra on his head.
► A man says, "Anything more than two shakes and it means you're playing with yourself." A man says, "My wives are gonna kill me." A boy sees a nude boy skateboarding go by and says, "I like men now." A boy is concerned about people seeing his "noodle" if he skateboards nude through the town. A boy and a girl acknowledge their feelings for each other by sharing a special song that the boy wrote for the girl. A boy and a girl hold hands. A boy flirts with a girl and she is smitten. A boy invites a girl to "canvas" him. A woman has large breasts and a man teases her by calling her "boob-lady." A man says that he has a confession to make and another man is hoping he is going to confess to being gay.

SUBSTANCE USE - A man smokes marijuana from a bong. A boy drinks a small bottle of whiskey and becomes drunk, and there are several empty beer bottles in a bar scene. A woman smokes a pipe.

MESSAGE - We are nothing without other people in our lives. 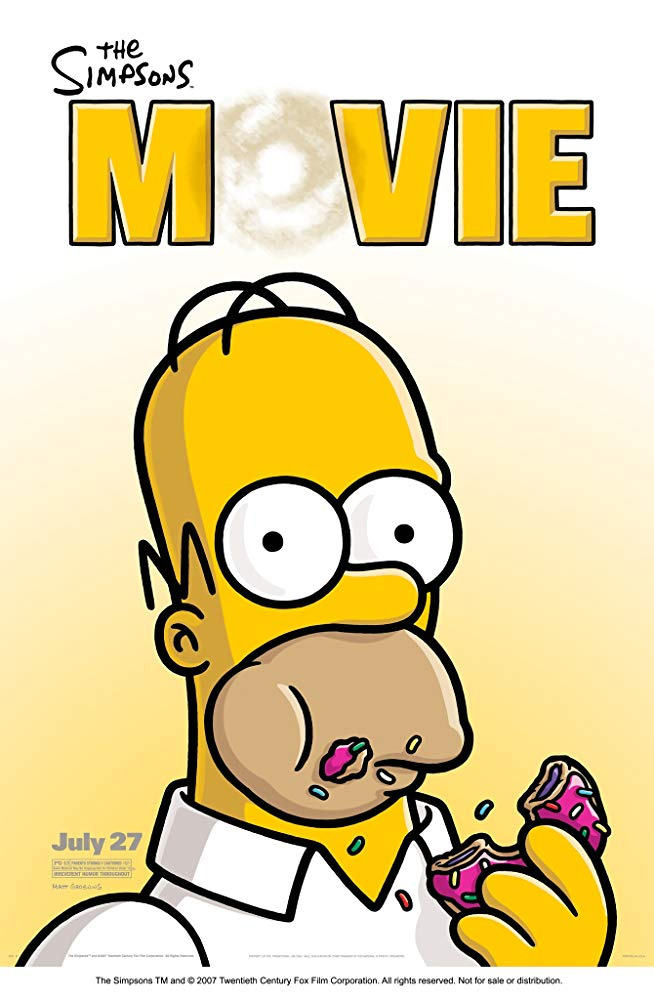