Argentinean drama, set in 1999: A retired justice (Ricardo Darin) sets out to write a novel based on a 1974 rape and murder case he had investigated. In flashbacks, he meets the victim's husband (Pablo Rago) and agrees to help him find the murderer, with help from a former colleague (Guillermo Francella) and a court official (Soledad Villamil). Also with Carla Quevedo, Javier Godino and Mario Alarcon. Directed by Juan Campanella. In Spanish with English subtitles. [2:07]

SEX/NUDITY 8 - A rape scene (please see the Violence/Gore category for more details) shows the bare back of a man as he kneels over a woman in a bed, he pulls his pants down below bare buttocks, rips away the woman's tank top to reveal her breasts and abdomen, and we see thrusting motions, as the woman groans and cries; later we see the crime scene where the woman is shown badly scraped over her entire body and she is almost entirely nude (we see her lying on her back with her genital area covered with a sheet corner, and her panties down around one ankle).
► A criminal suspect looks down the blouse of a woman interrogator (please see the Violence/Gore category for more details): when she sees this, she taunts him with name-calling and accusations of weakness, impotence, and homosexuality (a Twinkie not a real man, and has only a small penis); the man shouts, stands up, he opens his pants, and takes out his penis and testicles (we have a full view of his genitals) and shouts that he did rape another woman several times.
► A man and a woman embrace lightly twice and kiss very briefly once.
► A female court officer states that vaginal penetration in a rape case was very deep. Throughout the film, instances of unrequited love are mentioned in conversations: loveless marriages, high school crushes, a man widowed early in marriage and never remarrying, and an older court counselor in love with a younger, married female court supervisor; one male character states several times that no one can abandon his or her passion. A man and a woman talk about their failed marriages and affairs. A comment is made about a high school boy that seems to look at a high school girl often and with passion in his eyes, as if he is in love with her.
► In an Argentine courthouse, many male workers call women at all levels of responsibility "angel." A courthouse employee dispatches unwanted business calls by answering the phone falsely as "Sperm Bank; do you want to make a deposit or a withdrawal?"
► A man searches another man's room and finds magazine photos of bare-chested men. We see the back of a man at a urinal in a men's room (he is clothed), in one toilet stall; we see an older man with his trousers down (he has long white shorts and bare knees).

VIOLENCE/GORE 7 - In a rape scene (please see the Sex/Nudity category for more details), a man rips away a woman's tank top and rapes her: her face is bloody, forehead to chin, and in a flashback we see the man pick her up in his arms and drive her head into a wall (we see no marks or blood); we later see the crime scene, where the woman is shown badly scraped over her entire body and she lies on her back with her eyes open and vacant, and her face is bloody. Several black and white photographs of a rape and murder victim's face are seen throughout the film -- about 5 times.
► A man asleep in a living room armchair at night wakes to loud knocking at the door, three men enter, the man goes into the bedroom, sits on the bed and we see one of the other men shoot at the bed with an automatic rifle several times, pause, and fire one last time: we later see the man on the bed dead, a gaping wound in his forehead and several in his chest, with dried blood covering his face, chest and right arm.
► In a darkened street, a man strikes another man in the face with a crowbar (we see no damage), forces the second man into a car with him, and drives to an isolated area by a railroad track, stands outside the car and when a train comes, walks to the car trunk, opens it, and fires a gun into what appears to be the body a man.
► A man and a woman interrogate a male rape murder suspect: when the suspect looks down the woman's blouse, she taunts him with name-calling and accusations of weakness, impotence, and homosexuality (a Twinkie not a real man, and has only a small penis); the suspect shouts, rises abruptly from a chair, takes out his penis and testicles, shouts that he repeatedly raped a woman that was also murdered, and hits the woman with his closed fist (we see no blood, and guards grab him and take him away).
► A suspect is chased through crowded soccer stands, he hides in a men's restroom, jumps out at one man who was chasing him, slams him back against a wall, runs away, police join the chase, he jumps over a wall, injuring his leg, stumbles onto the field, is struck by a running player, falls (he has a bloody face), and is surrounded by barking dogs and police carrying nightsticks.
► Two men are found in a dark and dirty jail cell, sitting on the floor: their faces, arms and wrists are covered in blood, welts and bruises from having confessions beaten out of them, and another man shouts and runs toward the warden and is restrained by guards.
► A man in an elevator with two another man and a woman pulls out a handgun with a flourish, loads a clip, and places the gun into the waistband of his trousers as the woman trembles and the other man seems angry.
► A man is nipped on the ankle by a small dog, off camera, and we hear the dog yelp and see it fly across a door opening, as if it had been kicked. Two police officers struggle with a man, pulling him out of a room; there's unintelligible shouting.
► We hear several cases involving murder, rape, and assault being discussed over a courthouse phone. Several arguments with name-calling occur in different scenes; one argument in a restaurant ends with police escorting one man away. A courthouse employee dispatches unwanted business phone calls by answering the phone falsely as "Morgue." A man confesses to killing another man.
► We see a man in a cell; he is bent with age and infirmity, and begs a man to persuade another man to speak to him.

SUBSTANCE USE - Seven restaurant and bar scenes show drinks being poured and 4 or 5 men drinking (one man states that it is his passion to come there and drink and sometimes argue with friends), we see several black and white photos of people toasting with drinks at a wedding, and a judge accuses a law clerk of purchasing a bottle of whiskey and drinking from the bottle while leaving the store. A man smokes cigarettes in a couple of bar scenes, in the mezzanine of a courthouse and on the street.

MESSAGE - No one can forsake a passion. 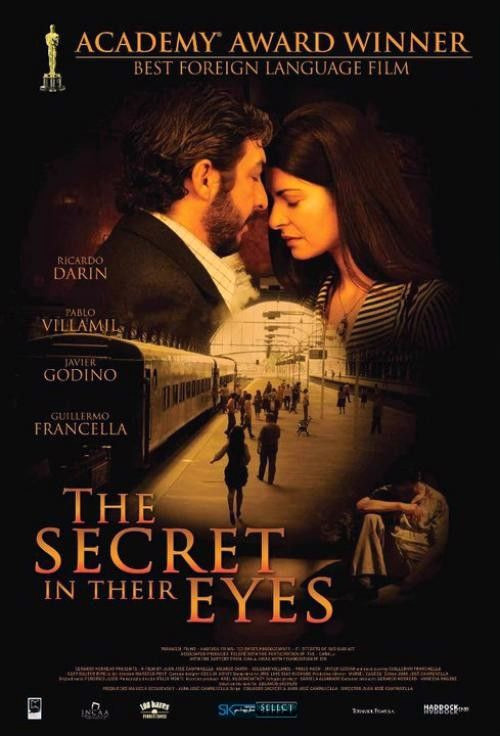