Why is "Searching" rated PG-13? The MPAA rating has been assigned for "thematic content, some drug and sexual references, and for language." The Kids-In-Mind.com evaluation includes many tense scenes of implied violence, marijuana use by teens, and one F-word and a couple of incomplete ones. Read our parents' review below for details on sexual content, violence & strong language.

When a 16-year-old girl (Michelle La) disappears, her single father (John Cho) reports her missing to the police. After two days without any leads, the father accesses his daughter's computer, examining her Internet and social media activity and finds out that he never really knew his daughter. Also with Debra Messing, Sara Sohn and Joseph Lee. Directed by Aneesh Chaganty. [Running Time: 1:42]

- In a text message a young girl says that a friend told her where babies come from and she asks, "What is entercourse (sic)?" While online, a young man asks a young woman to bare her breasts and she refuses. We hear that an ex-felon who had been convicted of sexual assault was released from prison and then he killed a teen girl (we later learn that he did not ever meet her).
► A photo posted to Tumblr shows a teen girl's bare thighs with her hands clasped between them as she sits at a piano keyboard (we can see part of a sweater above the upper thighs).

- Most of the film takes place on laptop screens.
► A man learns that his missing teen daughter had been going to his brother's house and he plants surveillance cameras around the house on a visit and demands from his brother exactly what sort of relationship he had with the girl; the brother admits that he gave the girl marijuana in his home to "smoke her out" and keep her from smoking somewhere else and the two men fight -- the first man knocks his brother to the floor, slams him onto a wall, chokes him, and releases the hold and the other man coughs but is OK as he holds a wet cloth to his face. Video footage shows a man slap popcorn from a teen boy's hands in a theater lobby and charge at him, roll with him on the floor as they both shout and the footage stops; later, we see a large scrape on the man's chin and hear that the teen went to the hospital with a broken jaw. A character is shown with a badly scraped face.
► A detective arranges for a search party at a lake, an Amber Alert is broadcast and searchers shout a girl's name and use dogs, and a man finds her key chain; police drag the lake and find the girl's car (no one is in it), and they find a large sum of cash in an envelope and a little blood on the dashboard (we do not see blood).
► A detective declares a man's teen daughter dead, killed by a man previously convicted of sexual assault, whose trace DNA was found at a lake (the girl had driven there but we later learn that this was a lie). A detective tells a man that his daughter may be mixed up in drug trafficking and likely ran away from home and the father angrily denies this. A man in a video states that he is sorry a teen girl begged him to stop (it's not clear what he's referring to) and is sorry to have beaten and crushed her, tossed her among suitcases and that he is ready to commit suicide; a reporter and a detective state that the man suffered a self-inflicted gunshot wound and we later hear that the detective shot and killed him. Video shows a 16-year-old girl at night as she drives to a lake where we hear that a teen boy met her, found her under the influence of marijuana (please see the Substance Use category for more details), and the two teens argued and that she shouted and punched him several times and he pushed her into a ravine.
► We hear that a teen girl left a study session, called her father three times without him answering and disappeared; she skipped school the next day and failed to show up for a camping trip with friends, her father emailed her photos of a full can of kitchen garbage berating her for not taking it outside and then became frustrated and distraught throughout the day when he couldn't find her. A man discovers that his daughter cancelled her piano lessons six months ago but kept the weekly payments he gave her; he becomes frantic and reports her missing to the police. A man hacks into his teen daughter's social media accounts and accesses chats and data. In a series of online chats we see a 20-year-old waitress tell a teen that her own mother is dying from cancer, needs money for medical bills, and her father made her quit college.
► Online bank statements show a large withdrawal from the teen's account and a fake driver's license for the teen. Several photos show a teen boy holding an assault rifle; in a few photos he is pointing it at something off-screen. A ghoulish face flashes on a computer screen briefly, causing a man to jump back from the screen. In a video, a teen boy shaves part of another teen boy's head.
► A man takes a phone call we cannot hear, sobs, falls to his knees, puts his face to the floor and wails. A man becomes tearful while watching a home movie and sobs once or twice. A teen girl cries on a computer screen and a text includes a praying-hands icon.
► A man argues with a detective twice, becoming loud and belligerent. A man shouts at a teen girl on a computer chat app and at a teen boy over the phone. A teen boy posts online that a missing teen girl is with him (it is a joke). Many Twitter responses use hashtags like #DadDidIt. A man texts a teen girl, "This is weird. Don't tell your dad. He'd murder me. I have seven different kinds" (please see the Substance Use category for more details). An online memorial site emails a man about his deceased teen daughter, asking him to fill out memory pages. A police officer wears a jacket that reads "Homicide." A woman implies that her teen son is "special needs" but he is not.
► A report states that a woman has a low platelet count, she has lymphoma, and later, that she has gone into relapse. A series of photos show a woman lying in a hospital bed, with her face becoming increasingly discolored and her eyes sunken. A woman is absent from a family photo and we see her death announcement on a computer screen.

- A photo of a young man shows him exhaling a large white cloud of smoke from a bong, a large jar of marijuana is shown in a kitchen scene and a man off-screen tells another man not to put it into some gumbo, two men argue about drugs twice and the second man admits to giving marijuana to a teen girl, and we hear that a teen girl drove to a lake one night and became intoxicated with marijuana. A photo shows a young man holding a full whiskey bottle up to a camera, a man in a kitchen pours wine into a gumbo pot on the stove, and a teen boy tells a man that he was playing "pong" (a beer drinking game) and changes it to "ping pong."

- The Internet can be a very dangerous place. 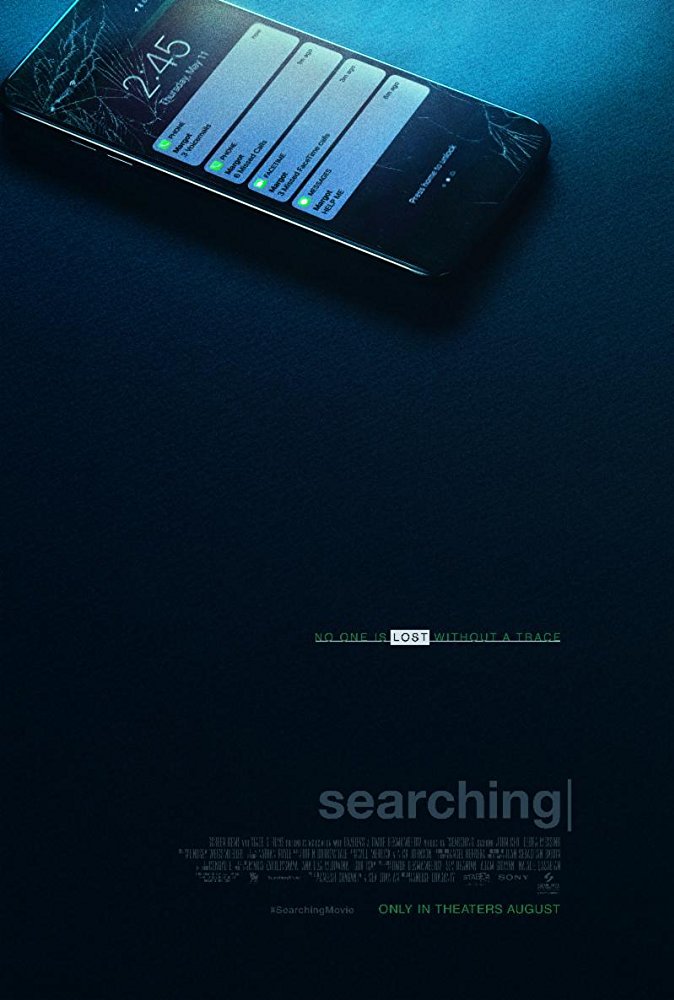