An average man (Simon Pegg) attempts to prove his worth and win back the heart of the woman he loves (Thandie Newton) by training to run a marathon. Also with Hank Azaria, Ameet Chana and Dylan Moran. Directed by David Schwimmer. [1:40]

SEX/NUDITY 4 - A woman and a man kiss passionately. A man and a woman wearing Halloween masks kiss passionately. A man and a woman kiss briefly, and another man and woman kiss. A woman kisses a man on the cheek.
► We see a man wearing a towel; a woman rips away the towel and takes a picture (we see his bare chest). A bare-chested man is seen massaging a man wearing only a towel. We see a man in a towel (he is bare-chested), he takes off his towel (we see his bare buttocks), and he puts powder on his privates (which are blocked by an object in front of the camera). We see a man wearing no pants (we see his bare buttocks). We see two women in bikinis. A woman in a tank top leans out of a window revealing cleavage, and we see pictures of women showing cleavage. We see a 5 year-old boy in his underwear. We see a man in a shirt and boxer shorts. We see a man stretching in tight-fitting short shorts.
► A woman suggests that she and two men have a "threesome." A man says that being with a woman takes "stamina." A boy says that his mom and her boyfriend were "jumping on the bed." A man flirts with his cousin saying, "It never stopped the royal family." A man growls and calls a woman "yummy." A man talks about putting lubricant on his nipples to prevent chafing. A man talks about having a rash on his crotch.
► A man wipes water off a woman's chest with his sleeve. A man falls on top of another man who puts his hand on the man's buttocks. A man kisses his own reflection in a mirror. A man rubs his crotch against a female mannequin. A man applies lubricant to his nipples under his shirt. A man stretches and scratches his crotch
► A man wears a shirt that reads, "National Erectile Dysfunction Awareness" and has a picture of a limp banana.

VIOLENCE/GORE 4 - Two men push each other, one pulls the other's ear, one slaps the other, and they wrestle and slap each other.
► A man punches another man, a man hits another man with a trash can lid, a man kicks another man in the crotch, and a man punches another man in the crotch.
► Two policemen tackle a man. We hear a man get hit by a wheelchair and he lays on the floor moaning. A man pounds his head against the floor. A woman throws a shoe at a man and it hits him in the head. A man swats a man several times with a spatula.
► A man runs slowly while clearly in pain with a twisted ankle. A man clutches his side in pain while running. A man runs into a signpost, a man slams into a wall, a man slips and falls, a man falls face first down a flight of stairs, a man trips on an exercise ball, and a man trips while jumping rope and falls down. A woman runs into a man, knocking him down. A mirror falls on top of a man, knocking him back. A man trips a man while running. Several people fall on top of each other.
► A landlord jokes that he will kill his tenant for not paying rent. A woman playfully punches a man.
► A man has a giant blister on his foot, a man sticks a needle in the blister, and pus shoots out of the blister and onto a man's face. We see a man with a bloody knee on a hospital bed, and we see a man's bloody skinned knees.
► A man attempts to drink raw eggs and spits them back out. A man spits outs a mouthful of food. A man talks about flatulence and flatulates. A young boy picks his nose. A man talks about using the bathroom. A boy makes farting noises.

MESSAGE - To be able to truly love someone, one must be able to accept and overcome one's own imperfections. 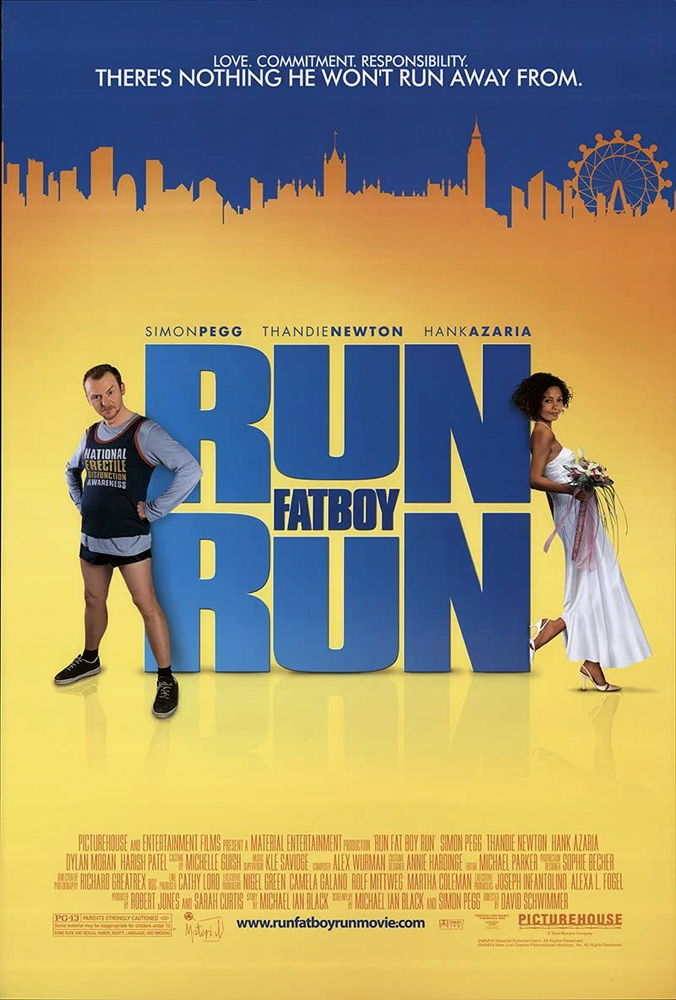