VIOLENCE/GORE 5 - A man spits on another man's shoe, holds a sword toward him and they fight, as do others; one man is stabbed in the abdomen (we hear a crunch, see blood on the blade and in his mouth) and he falls to the ground and dies. A young man chases a man, and the man shoves the young man into a building where they fight with swords; one of them is knocked to the ground, then kicked and one is stabbed through the back (we hear a crunch) and he falls to the ground where he dies. A man pulls a sword on a young man and yells at him; the young man turns to leave, but goes back with his sword drawn and they fight until one is run through (we hear a crunch and see him lying on the ground where he dies). A young woman stabs herself in the abdomen and dies (we see no blood). A young man drinks a poison and dies.
► A man shoves another man as he passes him in a crowded market area; they and two other men draw their swords and fight joined by several others; one man yells, "I hate peace and the Montagues!" and slashes at his opponent until a man on horseback berates them all and orders the violence to cease "On pain of death."
► Two men on horseback and carrying javelins ride around a ring, each trying to force the other off their horse, and ultimately to retrieve a ring hanging above the track; one rider snatches the ring on his javelin and the other dismounts angrily, spitting on the ground and storming out of the arena.
► A young woman drinks a liquid and lies back on her bed; she appears dead and her nurse screams and runs out when she discovers her; we see the young woman's parents and her fiancé grieving later and during a procession to a tomb and the young woman is shown lying motionless on a slab. A man is shown wearing armor and lying dead on a slab in a tomb (we see his face).
► A man slaps a young man in the face. A young man draws a dagger and threatens to take his own life (he does not). A young woman holds a knife and threatens to take her own life (she does not). A man rises angrily and draws his sword, making threats toward a young man at a crowded celebration until another man grabs his arm, yells at him and shoves him back into his chair. A man with swords practices with a dummy.
► A young man climbs a wall to reach a balcony where a young woman is standing and she protests that his presence is dangerous. A man yells at his young daughter, throws her on a bed and raises his fist to her (he does not hit her) while saying that she can "Beg, starve or hang; I don't care." Two men argue and a teen boy tries to stop them. A man, after hearing of a duel, says of a young man, "He's already dead." A man carrying a list of names in a crowded square asks a young man, "Can you read?" A man talks of "violent passions" and "violent ends." A man talks to a teen boy about running "his host straight through." A young man says, "I have murdered my tomorrow" after killing a man. People talk about a young woman being "imprisoned by her grief." A man calls his young daughter a "puking fool."
► We see severed turkey feet hanging in an apothecary.

SUBSTANCE USE - A young woman drinks a liquid that gives the appearance of death (cold skin and no heart beat), a man mixes a liquid and gives it to a young woman while describing what it will do to her, a man talks of instant death from ingesting a part of a flower, and a young man drinks a poison and dies. People drink alcohol at a celebration, and a man drinks from a bottle while walking along a street. 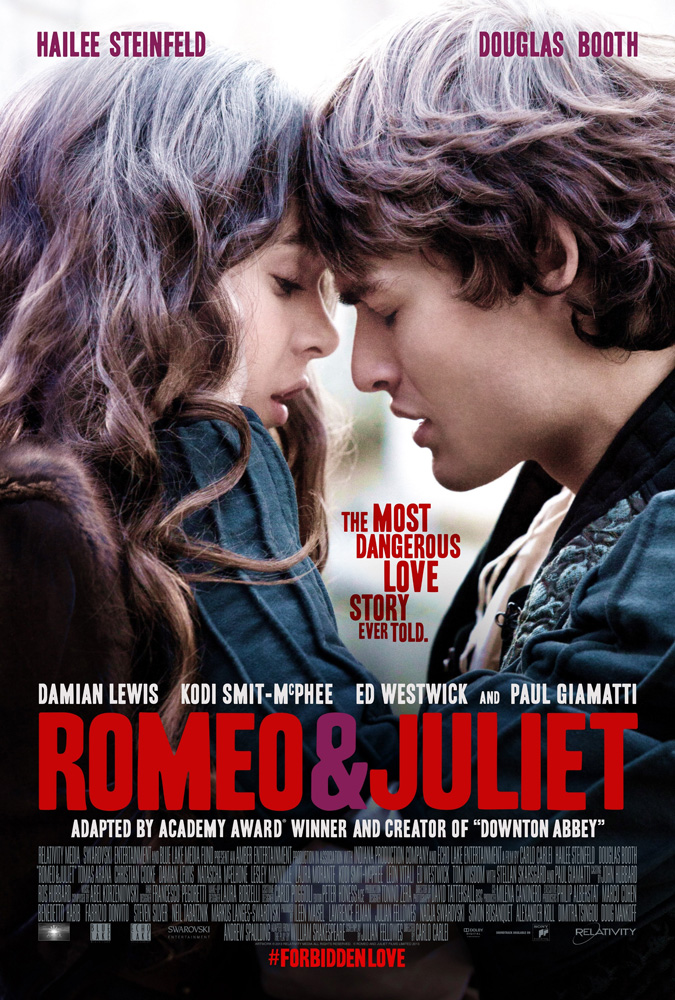